Tatsu (Sessue Hayakawa) is a reclusive, tortured artist who continually paints brilliant pictures of a dragon that has the soul of a princess. When Tatsu meets the beautiful Ume Ko (Tsuru Aoki), he thinks that she is the living embodiment of the princess he has spent years imagining. He immediately falls for Ume Ko; initially overjoyed, Tatsu soon becomes despondent when he realizes he has lost his inspiration to paint. He must now somehow learn to balance love with artistic fervor.

The Dragon Painter is a 1919 English language silent romance drama film. It is based on the novel of the same name, written by Mary McNeil Fenollosa. It stars Sessue Hayakawa as a mentally disturbed young painter who believes that his fiancee, Hayakawas wife Tsuru Aoki, is a princess who has been captured and turned into a dragon. It was directed by William Worthington and filmed in Yosemite Valley, Yosemite National Park, California, USA. 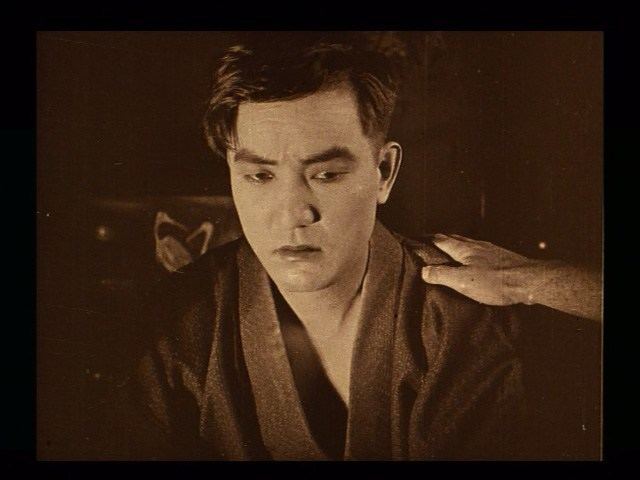 The Dragon Painter was restored in 1988 by the American Film Institute with the George Eastman House and MoMA. In 2014, the film was added to the National Film Registry.

A wild man and genius becomes a master painter's disciple, but loses his divine gift when he finds love.

Tatsu (Hayakawa) is a young painter who lives within the mountains of Hakawa, Japan, doing a series of paintings and disposing of them upon completion, shouting to the gods to return his fiancee, a princess whom he believed was turned into a dragon. Tatsu then heads to a nearby village, demanding some paper from the locals. His unusual behavior catches the attention of a man named Uchida (Fujita), a friend of the famous painter Kano Indara (Peil, Sr.), who seeks someone to be Indaras prodigy as Indara has no son to be his heir and continue the family bloodline of paintings.

One day, one of Tatsus discarded paintings comes into Uchidas possession. Amazed at the artwork, Uchida invites Tatsu to Tokyo, claiming that Indara knows the whereabouts of his lost princess. When Tatsu arrives, his wild behavior surprises Indara and causes a ruckus, until Indara presents the lost princess, whom he explains is in the form of his only daughter, Ume-ko (Aoki). Tatsu demands Ume-kos hand in marriage, which Indara agrees, on the condition that Tatsu be his son and disciple to carry on the Indara name.

Shortly after their marriage, Tatsu is unable to paint, explaining that ever since he found his happiness, he has no reason to do so. The Indaras try to encourage Tatsu to paint but to no avail. Realizing that Tatsus longing to find his lost princess is what granted him his ability to paint, Ume-ko tells her father that by her death, Tatsus talent may be restored. The following morning, Tatsu discovers a letter from Ume-ko, saying that she had committed suicide in hopes that it would restore Tatsus ability. Distraught at what has happened, Tatsu attempts suicide by drowning at a nearby waterfall, but is unsuccessful. Tatsus sorrow continues to grow as time passes until one day he sees what appears to be Ume-kos ghost at the family garden, which motivates him to paint once more. Tatsus latest work gives him and the Indaras international recognition, but shortly after his success, his sorrow returns. This prompts Ume-ko, who was in hiding all the while, to return to an amazed Tatsu. The film ends with Tatsu painting in the mountains with Ume-ko by his side.

The film was produced by Hayakawas own production company Haworth Pictures Corporation and distributed by Robertson-Cole Distributing Corporation. After Hayakawa starred in the critically and commercially successful film The Cheat, Aokis film career was restricted to playing the love interest of Hayakawa in her future films. Aokis off-screen image was that of an Japanese women who had adapted herself to American middle class habits. Daisuke Miyao suggests in the biography of Hayakawa Sessue Hayakawa: Silent Cinema and Transnational Stardom that the name of Piels character might have been a mixture of names of a Japanese painter Kano and Chinese painter Indara. A print of the film was restored at the George Eastman House. In the print the heros name is Ten-Tsuou instead of Tatsu. The film was publicized as showing the "exotic" Japan, its culture and landscape. An advertisement in Motion Picture World carried eight images of Hayakawa in kimono.

Japanese film theorist Daisuke Miyao wrote in his book The Oxford Handbook of Japanese Cinema that "The Dragon Painter ..., a Hayakawa star vehicle ... was a perfect example of Aoki providing authenticity to the Orientalist imagination of Japan." He further wrote, "Playing the role of Ume-ko, Aoki provides a sense of authenticity to the stereotypical self-sacrificing Japanese woman like Cio-Cio-San." The film was praised for successfully reproducing an authentic Japanese atmosphere. However, the Japanese film magazine Kinema Jumpo noted that the film had not shown "either contemporary or actual Japan". Katsudo Kurabu, a Japanese film trade magazine wrote "Even though Mr. Sessue Hayakawa took subject matter from Japan, Japanese styles and names in The Dragon Painter are very inappropriate ... A film about Japan that does not properly depict Japanese customs is very hard to watch for us Japanese." The Motion Picture World wrote that Hayakawa had "steadily advanced in popularity" and that several of the well known exhibitors had contracted for every collaboration between Hayakawa and Robertson-Cole. The film is regarded as the first in the series of "Hayakawa superior pictures" produced by Robertson-Cole. Margaret I. MacDonald praised the "authentic" Japanese presentation and wrote, "one of the especially fine features of the production is the laboratory work, mountain locations of extreme beauty, chosen for the purpose of imitating Japanese scenery and supplying Japanese atmosphere, are enhanced by the splendid results accomplished, in the work of developing and toning."

A 35mm print was discovered in France and was restored by the American Film Institute with the George Eastman House and the Museum of Modern Art in 1988. In 2014, The Dragon Painter was deemed "culturally, historically, or aesthetically significant" by the Library of Congress and selected for preservation in the National Film Registry.