Strays is a 1997 American drama film directed, written, produced by and starring Vin Diesel, which follows a drug dealer and hustler who is fed up with the repetitive life style he leads and begins looking for meaning in his life. This film marked Diesels feature film directing debut and takes a hard look at Diesels own adolescence and upbringing in New York City. 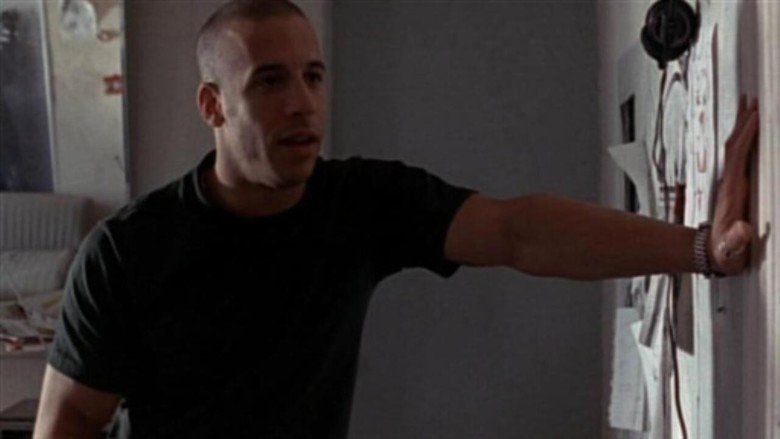 Rick (Diesel) is frustrated by the repetitious grind of one-night stands and aimless hustling. Whilst looking for more to his life he meets Heather (Lanza), a neighbour. Rick takes the opportunity to escape his boring life style with her, but soon finds that his volatile behaviour threatens to finish their relationship before it even really begins.

Frustrated by the repetitious grind of one-night stands and aimless hustling, drug dealer Rick (Vin Diesel) is looking for meaning in his life. Like his testosterone-tweaked buddies, Rick is a stray looking for a traditional family structure and wrestling subconsciously with his own fathers absence.

When he meets Heather (Suzanne Lanza), the girl next door, he suddenly perceives a new avenue and an opportunity for a new, committed relationship. Trying to assimilate into Heathers world, Rick takes heat from his perpetually adolescent cohorts whose ambitions are restricted to riding fast, toking slow, and ditching hard. Though the chemistry between the couple is immediately charged, Ricks street chic and volatile aggression threatens to extinguish their relationship before it has ever begun.