The walled city in the center of Smolensk (along with the outskirts) was destroyed several times throughout its long history because it was on the invasion routes of both Napoleon and Hitler. Today, Smolensk is noted for electronics, textiles, food processing, and diamond faceting.

The city is located in European Russia on the banks of the upper Dnieper River, which crosses the city within the Smolensk Upland, which is the western part of the Smolensk–Moscow Upland.The Dniepr River flows through the city from east to west and divides it into two parts: the northern (Zadneprove) and southern (center). Within the city and its surroundings the river takes in several small tributaries. 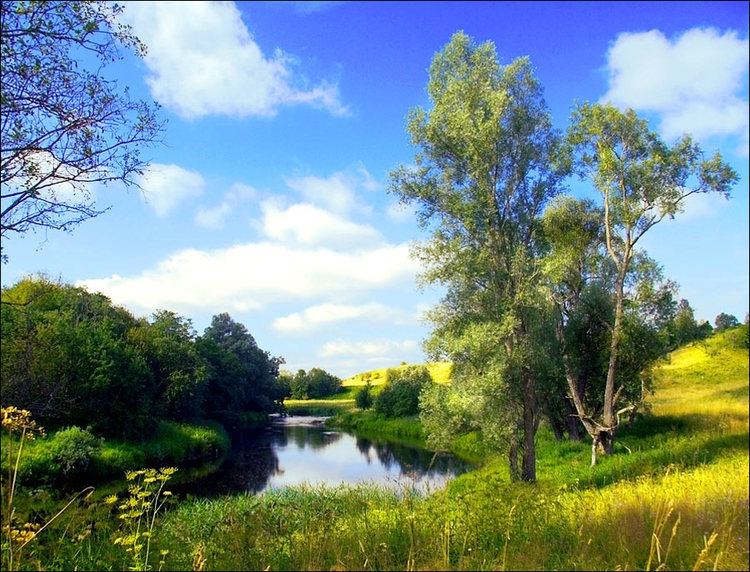 In the valleys are stretched streets, high ridges, hills, and headlands form the mountain. Smolensk is situated on seven hills (mountains).

The old part of the city occupies the high, rugged left (south) bank of the Dnieper River. The area features undulating terrain, with a large number of tributaries, creeks and ravines. 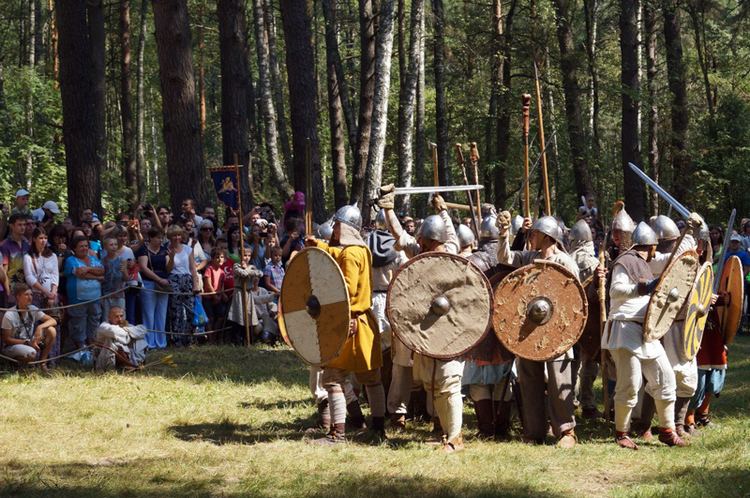 Smolensk is among the oldest Russian cities. The first recorded mention of the city was 863 AD, two years after the founding of ancient Rus. According to Russian Primary Chronicle, Smolensk (probably located slightly downstream, at the archaeological site of Gnezdovo) was located on the area settled by the West Slavic Radimichs tribe in 882 when Oleg of Novgorod took it in passing from Novgorod to Kiev. The town was first attested two decades earlier, when the Varangian chieftains Askold and Dir, while on their way to Kiev, decided against challenging Smolensk on account of its large size and population.

The first foreign writer to mention the city was the Emperor Constantine Porphyrogenitus. In De Administrando Imperio (c. 950) he described Smolensk as a key station on the trade route from the Varangians to the Greeks. The Rus people sailed from the Baltics up the Western Dvina as far as they could then they pulled their boats out onto the ground and dragged them along to the upper Dnieper. It was in Smolensk that they supposedly mended any leaks and small holes that might have appeared in their boats from being dragged on the ground and they used tar to do that, hence the city name.

The Principality of Smolensk was founded in 1054. Due to its central position amid Kievan Rus lands, the city developed rapidly. By the end of the 12th century, the princedom was one of the strongest in Eastern Europe, so that Smolensk Dynasty frequently controlled the Kievan throne. Numerous churches were built in the city at that time, including the church of Sts. Peter and Paul (1146, reconstructed to its presumed original appearance after World War II) and church of St. John the Baptist (1180, also partly rebuilt). The most remarkable church in the city is called Svirskaya (1197, still standing); it was admired by contemporaries as the most beautiful structure to the east of Kiev.

Smolensk had its own veche since the very beginning of its history. Its power increased after the disintegration of Kievan Rus, and although it was not as strong as the veche in Novgorod, the princes had to take its opinion into consideration; several times in 12th and 13th centuries there was an open conflict between them.

Smolensk has several factories including the Smolensk Aviation Plant and several electronics and agricultural machinery factories.