Sebastiano Rossi (born 20 July 1964) is an Italian retired footballer who played as a goalkeeper.

During a 21-year professional career, he appeared in 346 Serie A games, most notably representing A.C. Milan (12 seasons) with which he won 12 major titles, including five national championships and the 1994 Champions League. 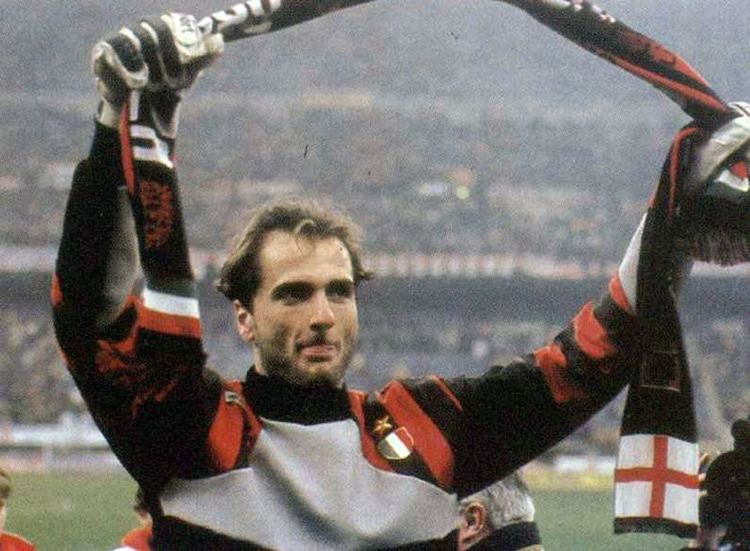 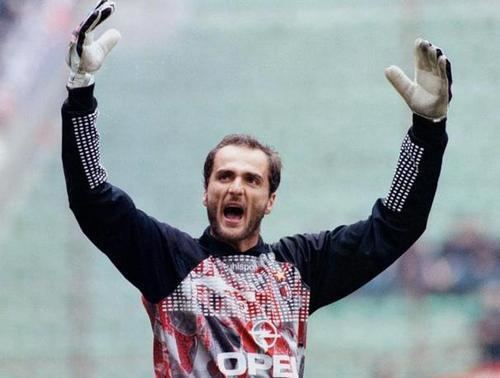 Rossi was born in Cesena. Refusing the opportunity to play basketball, he joined his hometown's A.C. Cesena in 1979, at the age of 15. In 1982–83, on loan, he made his senior debuts with A.C. Forli in the Serie C1, being backup in a relegation-ending season.

After two more loans, Rossi returned to Cesena for the 1986–87 campaign, only missing five games as the Emilia-Romagna club promoted to Serie A, and retaining first-choice status in the following three top division seasons, with the team finishing 12th in 1989–90; he made his debut in the competition on 13 September 1987, in a home match against S.S.C. Napoli. 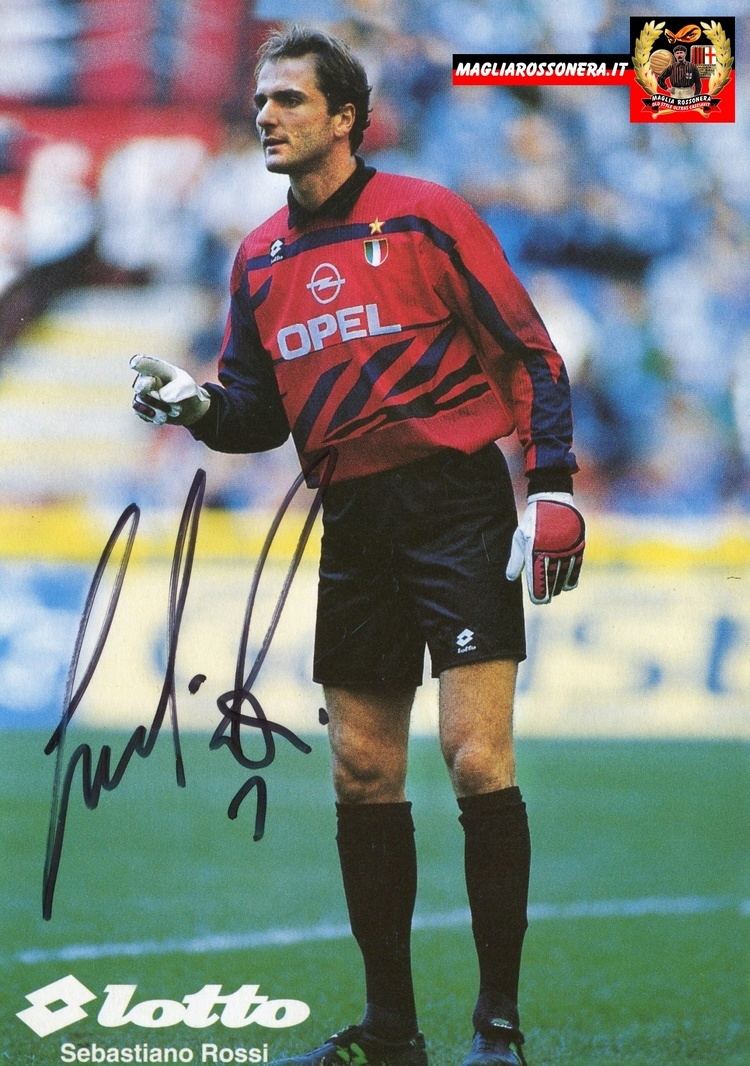 After his first season in Italy's top flight, Rossi was noticed by A.C. Milan, and joined the Rossoneri (also dubbed the Dream Team) that dominated Italian football for much of the 1990s. In his debut campaign he backedup Andrea Pazzagli, but the veteran left for Bologna F.C. 1909 in the ensuing summer. 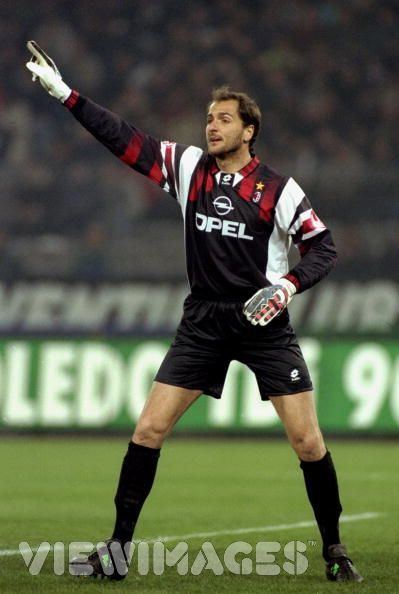 Rossi then briefly battled for starting duties with Francesco Antonioli, before becoming Milan's undisputed first-choice goalkeeper, being part of a legendary defensive line that included, amongst others, Mauro Tassotti, Franco Baresi, Alessandro Costacurta and Paolo Maldini. Ironically, this strong defence was one of the reasons why Rossi was rarely called-up by Italy: Arrigo Sacchi, who coached the national team during this time, evidently felt that it was the defence and not the goalkeeper that was responsible for the club's great success. Under the tutelage of Fabio Capello, the Invincibles went on a 58-match unbeaten run and won four Scudetti in five seasons.

After the 1996 championship, Milan suddenly fell from the throne, finishing 11th in 1997 and tenth in 1998, as Rossi's own career also declined. During round 17 of the 1998–99 season, the team was leading Perugia Calcio 2–0 near the final whistle, when a penalty was awarded to the former: after Hidetoshi Nakata converted it, Cristian Bucchi was retrieving the ball in the back of the net when he was struck by the goalkeeper, who was sent off and eventually received a five-match ban; consequentially, he lost his starting position to the man who replaced him in that game, Christian Abbiati.

After the 2001–02 campaign Rossi moved to Perugia, who were facing a goalkeeper crisis at the time. He contributed relatively as the team retained its top level status, then retired at the end of that sole campaign at the age of 39.

Rossi made one final appearance for Milan at the San Siro, in a testimonial match for Demetrio Albertini, his teammate for eleven seasons. Subsequently, he worked as goalkeeper coach in the club's youth department.

Rossi held the record for the longest streak without conceding a goal in Serie A history. In an 11-match span, from 12 December 1993 to 27 February 1994, he kept a clean sheet for 929 consecutive minutes before being beaten by a long-range strike by U.S. Foggia's Igor Kolyvanov; he surpassed the previous mark set by Dino Zoff in 1972–73 by 26 minutes.