Mohammad Rubel Hossain (born: 1 January 1990 in Bagerhat) is a Bangladeshi cricketer. He made his ODI debut on 14 January 2009 in Bangladeshs victory over Sri Lanka, where he took 4/33 in 5.3 overs in a shortened ODI game. He made his Test debut on 9 July 2009 against the West Indies, and took 3 wickets. He has also featured in two Twenty20 matches, both coming in the 2009 ICC World Twenty20. 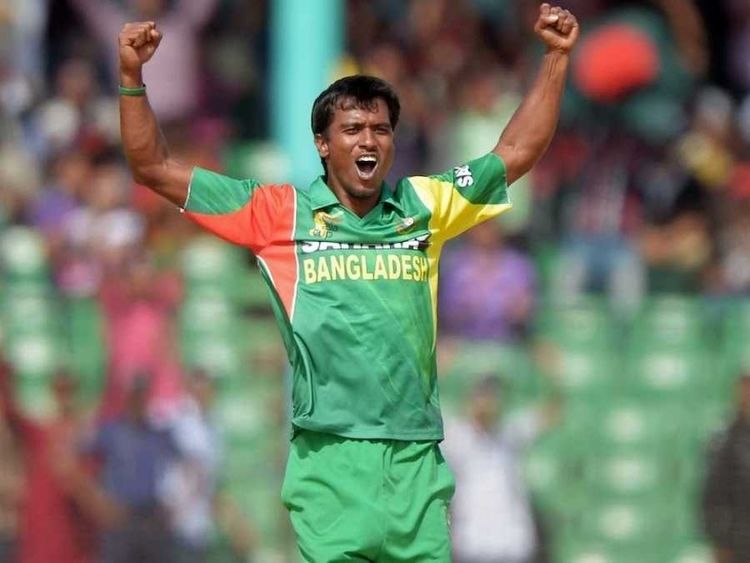 A quick bowler with a slingy action—not dissimilar to Lasith Malingas—Rubel can consistently deliver good pace and bounce. His first-class debut arrived for Chittagong Division in 2007, where he picked up match figures of 1/137 against Khulna Division. After a string of good performances in the National Cricket League, he was selected to play for the Bangladesh Under-19 team, and soon after, the Bangladesh A team.

Rubel was named in the ODI squad for the tri-series with Sri Lanka and Zimbabwe, and made his debut in the third game of the round-robin stage, a game Bangladesh needed to win to progress to the final. Rubel cleaned up the middle-order and tail with a 4 wicket haul in just 5.3 overs. He also played in the tri-series final, where he had a poor end to the game, but retained his place for the three ODI series against Zimbabwe soon after. More good performances led to him being named in the Test squad to face the West Indies for the first time. He made his debut at Arnos Vale, and took three wickets in West Indies 1st innings, and also formed a good 10th wicket partnership with Shahadat Hossain in Bangladeshs 1st innings.

In November 2011, Pakistan toured Bangladesh for three ODIs and two Tests. Pakistan won the first Test by an innings, and Bangladesh took just five wickets in the match. At times Hossain reached speeds of 145 km/h (90 mph) but failed to take a wicket.On the third day, he injured his right shoulder while diving in the field.

The Bangladesh Cricket Board founded the six-team Bangladesh Premier League in 2012, a twenty20 tournament to be held in February that year.

An auction was held for teams to buy players,and Rubel was bought by the Sylhet Royals for $70,000.