Polly Browne (aka Polly Brown) (born 18 April 1947) is an English singer. A member of Pickettywitch and Sweet Dreams - and with each group lead singer on a Top Ten hit, respectively "That Same Old Feeling" and "Honey Honey" - Brown had an international solo hit in 1975 with "Up in a Puff of Smoke".

Polly brown up in a puff of smoke stereo 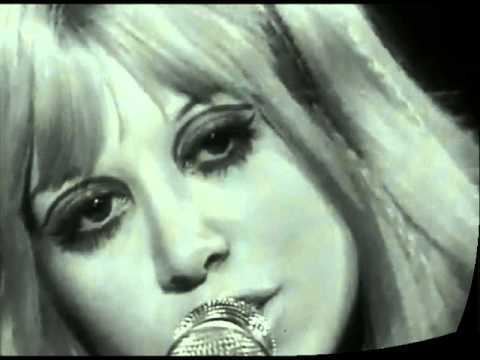 Brown was born in Birmingham, England. She recorded with Pickettywitch from 1969 until 1972, when she cut her first solo album for Pickettywitch's label Pye Records working with producer Tony Eyers. The songwriting/production team of Gerry Shury and Ron Roker had admired Brown's voice from her Pickettywitch recordings. Shury, who had arranged Brown's Pye album release, described her as a cross "between Diana Ross and Dionne Warwick" and in 1974 made her record "Up in a Puff of Smoke" in a session which also produced a cover of the ABBA song "Honey, Honey", on which Roker sang the male vocal. Brown's voice also resembles that of Jean Terrell.

"Honey Honey" reached the Top Ten in August 1974 assisted by a Top of the Pops appearance by Brown accompanied by Tony Jackson miming Ron Roker's vocal. Jackson would become Brown's regular partner in the Sweet Dreams duo who had five post "Honey Honey" singles, but none of them charted. As a member of Sweet Dreams, Brown was billed as 'Sara Leone' - a pun on the name of African nation of Sierra Leone - and even performed in black face, although after a showdown with producer Robin Nash, she did not do so on Top of the Pops, although she wore a dark wig and retained a light brown face powder.

Concurrent with her Sweet Dreams recordings, Brown's solo career began with the August 1974 release of "Up in a Puff of Smoke" as the inaugural single release on the GTO label. The track fell short of the UK Top 40 with a #43 peak However, in the US the song became a Top 20 hit in America breaking in the discos - it reached #3 on the U.S. disco chart - to reach #16 on the Billboard Hot 100 in March 1975. "Up in a Puff of Smoke" was also a hit in Canada, reaching even higher in the RPM 100 national chart (#11 on 22 March of the same year), as well as in Australia and New Zealand, respectively reaching #22 and #13 that summer: the track also appeared in the Italian charts with a #53 peak. The follow-up single, "You're My Number One", just missed the UK Top 50 peaking at #52; in New Zealand the track reached #30.

In 1976, Brown took part in A Song for Europe, the national preliminary round to determine the UK entrant for Eurovision 1976. At A Song for Europe 1976, Brown performed two competing numbers: as a soloist she performed "Do You Believe In Love At First Sight?" while Sweet Dreams featuring Brown and Tony Jackson performed "Love, Kiss And Run". These entrants finished at respectively #10 and #4 with Brotherhood of Man's "Save Your Kisses For Me" becoming that year's UK Eurovision entrant and eventual Eurovision winner. Brown remains unique in competing in the same UK pre-selection round for Eurovision as both a soloist and group member.

Brown also recorded the original version of "Dance Little Lady Dance", which became a Top Ten hit for Tina Charles: reportedly the song was passed on to Charles after Brown's label decided against releasing Brown's version. Brown's 1976 single "Love Bug" was eventually recorded by Charles whose version - in medley with "Sweets For My Sweet" - reached #26 in 1977.

In 1980, Brown began recording for her own label Witches Brew, the name a reference to Pickettywitch: her singles included a cover of the Christopher Cross song "Never Be the Same".

Brown continues to write and record music including blues material.