Philipp Rosler (born 24 February 1973) is a German politician who was the Federal Minister of Economics and Technology and the Vice Chancellor of Germany from 2011 to 2013. He was also Chairman of the liberal Free Democratic Party (FDP) from 2011 to 2013. Following the 2013 federal election in which the FDP left the Bundestag, Rosler announced his resignation from the chairmanship. Born in Vietnam, Rosler was the first cabinet minister of Asian background in Germany. 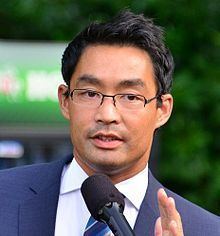 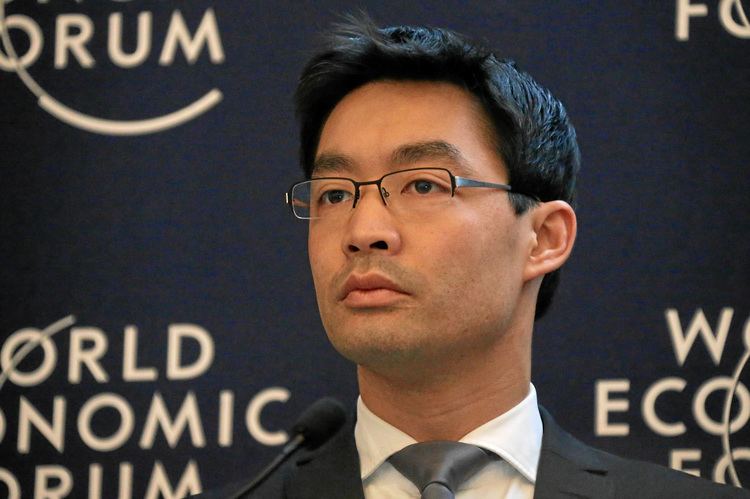 Rosler was born in Khanh Hung, Ba Xuyen Province, in South Vietnam (now Soc Trang Province, Vietnam) on 24 February 1973. He was adopted from a Roman Catholic orphanage near Saigon by a German couple who already had two biological children, and brought to West Germany at the age of nine months. He was raised by his adoptive father, who is a career military officer, after the couple separated when he was four years old. He grew up in Hamburg, Buckeburg and Hanover, where he graduated from high school in 1992. After training to become a combat medic in the German Bundeswehr (the Federal Defence Force), Rosler was accepted to study medicine at the Hanover Medical School. Following this, he continued his education at the Bundeswehr hospital in Hamburg. He earned his Doctorate in cardio-thoracic-vascular surgery in 2002. Then he left the service as a Stabsarzt (a rank for German medical officers equivalent to an army captain) in 2003. 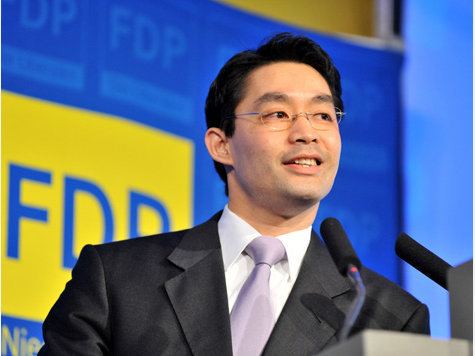 Rosler joined the FDP and its political youth organization, the Young Liberals, in 1992. He was secretary of the FDP in the state of Lower Saxony from 2000 to 2004 and served as chairman of the FDP parliamentary group in the Lower Saxon state assembly from 2003. From 2001 to 2006, Rosler was a member in the regional assembly of Hanover (district), where he was also deputy chairman of the parliamentary group. In May 2005, he was elected an observer of the federal FDP executive committee. He received 95% of the votes, the best result of that party conference. At the state party conference in March 2006, Rosler was elected as chairman of the Lower Saxon FDP with 96,4% of the votes; he succeeded Walter Hirche, who had decided to step down after twelve years at the helm. In April, 2008, Rosler was confirmed as the Lower Saxon FDP party chairman, receiving 95% of the votes. 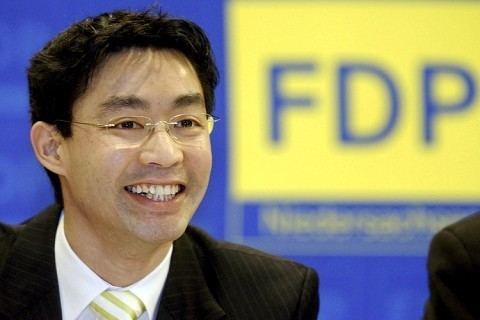 At the federal party conference in June 2007, Rosler was re-elected as a member of the party executive committee. The following month, he was elected to stand as his party’s main candidate in the Lower Saxon state election in January 2008. In that election, he received 10.9% of the votes in his local constituency, Hanover-Dohren. On 18 February 2008, Rosler was appointed minister for economy, labour and transport as well as deputy prime minister of the state of Lower Saxony.

In January 2011, Rosler asked German pharmaceutical companies to refrain from delivering anesthetic thiopental to the US, a request they agreed to. Later that year, he declined a request from his counterpart, Secretary of Commerce Gary Locke, that Germany help out with thiopental as dozens of US states were facing shortages of a drug necessary in lethal injections administered to death-row prisoners.

Vice-Chancellor and Federal Minister of Economics and Technology, 2011-2013

Rosler succeeded Rainer Bruderle as Federal Minister of Economics and Technology on 12 May 2011 and Guido Westerwelle as Chairman of the FDP on 13 May 2011 and was also instated as Vice-Chancellor of Germany on 16 May 2011.

On June 7, 2011, Rosler attended the state dinner hosted by President Barack Obama in honor of Chancellor Angela Merkel at the White House.

Rosler strongly supported the presidential candidacy of Joachim Gauck, originally proposed by the SPD and Greens, and reportedly secured his nomination by convincing his coalition partner, the CDU/CSU, to back the nomination.

As a consequence of the FDP's defeat in the 2013 state elections in Lower Saxony, Rosler offered to step down as party chairman. The leadership decided that he would remain but not lead the party in the federal elections, instead acting in a team with Rainer Bruderle. Following the defeat of 2013 federal elections, when the FDP was for first time in its history voted out of the Bundestag, he stepped down as a chairman; Christian Lindner became his successor as leader of the FDP.

In January 2014 Philipp Rosler became Member of the Managing Board of the World Economic Forum (WEF) in Switzerland.

He is a Roman Catholic, and a member of the General Conference of the Central Committee of German Catholics. He has been married to Wiebke Rosler, also a physician, since 2003. The couple has twin girls, Grietje and Gesche, born in 2008.