Robison was recognized early as one of the great solo flutists of her generation, at a time when few if any had careers outside an orchestra. Her broad education, however, developed in the highly cultivated and morally conscious family environment she grew up in and in her training with outstanding teachers, has given her a passion for theater, dance, and all the arts, as well as a humanistic perspective on music and the instrument she plays. Ms. Robison puts this to work in her teaching and in her collaborative work with contemporary music groups like Argento New Music and in museum contexts. 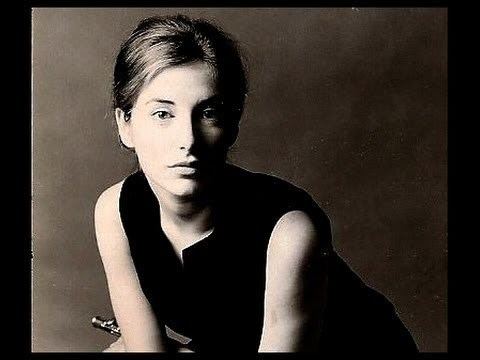 Paula Robison was born in Nashville, Tennessee, the daughter of David V. and Naomi Robison, an actor. David Robison was a musicologist who later became a playwright and a film and television writer. Her paternal grandmother was a piano teacher, her maternal uncle the playwright Jerome Lawrence, and there were other musicians and dancers in the family. David studied in Vienna, and upon his return joined the faculty of Fisk University. There the family met the singer Paul Robeson, who became Paula's godfather. The entire family was immersed in the arts, leftward-leaning political beliefs, and the beginnings of the civil rights movement.

They moved to Hollywood, where Naomi continued her acting career and David took up screenwriting. Paula's sister Deborah and brother Joshua were born there. The family remained in Southern California. Paula learned to play the flute in the orchestra of North Hollywood Junior High School, continuing her studies with Arthur Hoberman. She studied piano with her grandmother. At the age of ten she first met Leon Kirchner, with whom she enjoyed many collaborations as an adult. She made the decision to become a musician when she was twelve.

During the McCarthy era the Robisons were charged and questioned by a committee in a televised hearing. With both parents on the Hollywood blacklist and out of work, the family was suddenly without financial resources and was compelled to move to New York State to live with her grandmother on her farm. After about five years, David Robison was able to start writing again under a pen name and found success in television, writing for Lassie, Bewitched, and The Andy Griffith Show. When the blacklist came to an end, he resumed writing under his own name again. His play, Promenade, All, with a star cast which included Hume Cronyn, Eli Wallach and Ann Jackson, played on Broadway in 1972. His daughter's love of theater has never left her over the years.

She eventually played for Julius Baker, which led to an audition for the Juilliard School. She was admitted and graduated with a BS in 1963. In 1961 she also began to study during the summers with Marcel Moyse (making her the direct musical descendant of Paul Taffanel), and this brought her into the circle of the Marlboro Music School. Her studies with Moyse continued until 1968, but her presence at Marlboro continued long after.

From here on Robison's career developed rapidly. She joined the roster of Young Concert Artists in their inaugural year, 1961. The same year, she played Voliere in Saint-Saens' Carnival of the Animals with Leonard Bernstein and the New York Philharmonic. When the performance was recorded, she was given only one take for the brief, but notoriously difficult movement. Bernstein observed that she was the first flutist he heard play the solo flawlessly on the first attempt.

In 1966 she became the first American to win First Prize at the Geneva International Music Competition. After this singular achievement, her concert tours became increasingly frequent, as she played with orchestras and gave recitals, many of them with the acclaimed pianist and chamber musician Samuel Sanders.

Paula Robison became a Founding Member of the Chamber Music Society of Lincoln Center in the autumn of 1969, when she played in the first concerts in the recently opened Alice Tully Hall. This gave her the opportunity to premiere a good many new works, as well as to shine in many older works by living composers, like Elliott Carter's Eight Etudes, and in unfamiliar classics by composers like Gabriel Faure. She had her own recital series in Alice Tully Hall for 5 years, called "Paula and..."

She also continued to play often at Carnegie Hall, long after her triumphant debut as Voliere, in programs as diverse as J. S. Bach with Alexander Schneider in his Christmas and New Year's Eve Midnight Concerts, Mozart with the Leipzig Gewandhaus Orchestra, Francois Borne's Fantaisie brillante sur Carmen with Skitch Henderson and the New York Pops, the New York Premiere of Leon Kirchner's Music for Flute and Orchestra with Michael Tilson Thomas and the American Symphony Orchestra, Takemitsu's I Hear the Water Dreaming with John Nelson and the Indianapolis Symphony Orchestra, as well as a program of Choro and Bossa Nova with a group of outstanding Brazilian and American musicians.

On July 23, 1971, she premiered the first of Leon Kirchner's compositions commissioned for her, Flutings for Paula, in Sanders Theater at Harvard University. On September 21, 2006 she premiered the revised version of the score with The Chamber Music Society of Lincoln Center at Alice Tully Hall, together with percussionist Ayano Kataoka.

Ms. Robison gave concerts at the Metropolitan Museum of Art every season for over 30 years, at the Grace Rainey Rogers Auditorium as well as in the Medieval Sculpture Court and in the Temple of Dendur with Chamber Orchestra.

Her touring continued, with frequent concerts at the Kennedy Center in Washington DC. She performed internationally with the Budapest Strings. She continued as a participant at the Marlboro Festival, playing with Rudolf Serkin, Mieczyslaw Horszowski, and others. She has also enjoyed extended collaborations with pianists Jean-Yves Thibaudet and Yefim Bronfman, harpsichordists Kenneth Cooper and John Gibbons, as well as the guitarist Frederic Hand.

In 1971, she began to play at the Spoleto Festival. In 1977 she and Scott Nickrenz were appointed co-directors of the Noontime Concerts, and they continued in that capacity until 2003, both in Italy and in Charleston, SC. As a result, Robison was awarded the Premio Pegaso and the Adelaide Ristori prizes for her contribution to Italian cultural life. She and Mr. Nickrenz were married in 1971. Together with the harpist Heidi Lehwalder, they toured as members of the Orpheus Trio from 1971 to 1983. Beginning in 1978 until 1990, she toured with the guitarist Eliot Fisk and with the pianist Ruth Laredo. In the late 1970s she was playing at least 100 concerts in a year. She toured Japan in 1978, performing Takemitsu's I Hear the Water Dreaming there not long after its premiere in the US.

Most of the flute music of the eccentric American polymath, Sidney Lanier (1841-1881), was lying inaccessible among his papers in the Johns Hopkins University Library until 1989, when Cynthia H. Requardt, Curator of Special Collections, approached Ms. Robison and Patricia Harper to make an edition of the scores, which was published in 1997 by Universal Editions. She has kept some of these works, above all "Wind Song", in her repertory ever since.

Ms. Robison joined the New England Conservatory faculty in 1973, and also taught at the Juilliard School during the early 1980s. She now occupies the Donna Hieken Flute Chair at NEC.

In the early 1990s, a friend, the composer Stanley Silverman, had just come into possession of some musical scores written by great Brazilian musicians for the Walt Disney cartoon, Saludos Amigos. He encouraged Robison to play one of these pieces as an encore at one of her 92nd Street Y concerts, a dance for flute and pandeiro, a large tambourine traditional in Brazil. Silverman invited the percussionist Cyro Baptista to join her. The flutist Irna Priore, who was at the concert, told her that in Brazil there was a huge repertory for flute in the choro, a tradition of popular song originating in 19th century Rio de Janeiro. Cyro Baptista's wife provided recordings and tapes of music that was largely unknown in the US. Robison began to work on it with Baptista and other Brazilian musicians, who toured with her and eventually they produced a recording, Brasileirinho. In the end the group became a trio: Cyro Baptista, Romero Lubambo and Ms. Robison. As she has said, "The fusion between the three of us, with Romero's elegant Bossa nova style and Cyro's mad world music percussion genius, created a whole new, very exciting sound. I called it 'Mistura Nova'!" The trio played together for over ten years.

Around this time, she took up a series of continuing projects called "With Art". These consist of collaborations with visual artists in unusual spaces. In the fall of 2005, Ms. Robison, as Artist-in-Residence at Boston's Isabella Stewart Gardner Museum, initiated "Variations on a Theme", together with conceptual artist Sol LeWitt, curator Pieranna Cavalchini, and the music of Mozart.

In 2007 she made a new English performing version of the texts Schoenberg set in his Pierrot Lunaire — a work dear to her since she had played the flute part with Felix Galimir at Marlboro. In this she used both the original Albert Giraud poems and Otto Erich Hartleben's translations. She herself undertook the speaking part for two performances at Bargemusic in New York City. On December 31, 2009, in celebration of the full moon, the New Year, and a lunar project by Gardner Museum Artist-in-Residence Taro Shinoda, she performed as Sprecherin in a special midnight performance. She has since performed Schoenberg's expressionist masterpiece in many other venues. In November–December 2012 she joined Argento New Music Project for a two week celebration of the 100th Anniversary of Pierrot Lunaire at the Austrian Cultural Forum New York. Her love for theater and especially for Commedia dell'arte goes back even before Marlboro to her childhood years and her early drama classes.

She continues to play frequently in concert, adding new, challenging pieces to her repertory each year. In 2011 she played Taffanel's Fantasy on Themes from Weber's Der Freischutz and in 2012 Boulez's Sonatine pour Flute et Piano with Pianist Paavali Jumppanen.

She has been married to Scott Nickrenz, her second husband, since 1971. Their daughter Elizabeth, born in 1977, has recently received her Ph.D. in Comparative Human Development from the University of Chicago and has been appointed lecturer there.