Ninja Over the Great Wall (Long hyo chang cheng), also known as Fire on the Great Wall and Shaolin Fist of Fury, is a 1987 martial arts film that is widely considered to be one of the best films starring the notorious Bruce Lee clone, Bruce Le. 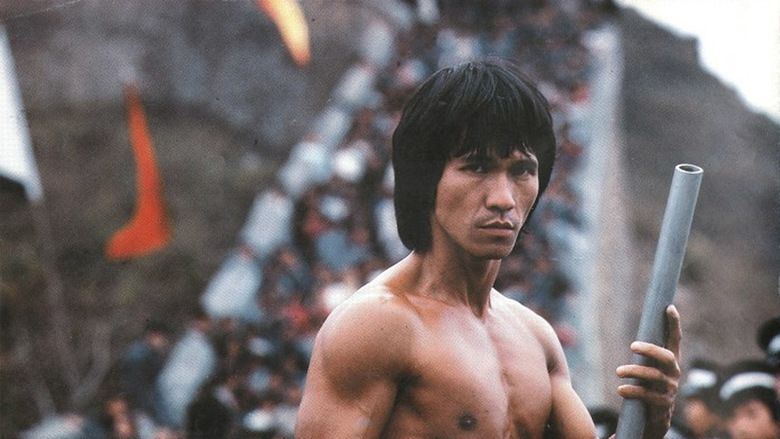 The Region 1 DVD from Ground Zero Entertainment is retitled Shaolin Fist of Fury. The box claims that Hwang Jang-Lee is in the film, but he is not. Most sources list this as a 1987 film, although the Hong Kong Movie Database gives the year as being 1990.

Ninja Over the Great Wall takes place in the early nineteen-thirties when China was occupied by the Japanese imperial forces. Wa Chi Keung is a peasant who escaped the mass murder of his village by the Japanese. He joins his master in Bejing shortly before the old man's assassination by ninjas.

The film takes place during the 1930s, when the Japanese were occupying China. During the occupation Chi Keungs (Bruce Le) mother is killed. Chi himself is presumed dead, but is later saved by his friend Yip.

They travel to Beijing where Yip can stay with his aunt. Unfortunately, a Japanese fighter, Shojiro, comes to town and wants to show off his martial arts expertise by brawling with Chis master. The master wins the fight, but Shojiros father has the master killed. An angry Chi punches and kicks his way to Shojiro, and finds that Shojiro did not want the master to die, and it was merely a way for his father to save face. Chi says that he will not kill Shojiro, but only if Shojiro never steps foot in China again. However, this doesnt last long, and Shojiro (trained in the ways of Bushido) and Chi (trained in kung fu) meet for one final confrontation on the Great Wall of China.

Among fans of Bruceploitation movies, Ninja Over the Great Wall is often praised for its high production values and relatively fast pace - two things absent from nearly every other Bruce Le film. On the website Bruceploitation, "Keith" writes:

"While liberally borrowing from the Bruce Lee classic Fist of Fury, this Bruce Le vehicle is still quite entertaining. The fight scenes are lots of fun with Bruce taking on hordes of ninjas literally everywhere. Viewers should get a kick out of a scene where Bruce fights a ninja who is on fire. Talk about having control of your mind and body. Also, there is the requisite "You killed my teacher" Japanese dojo attack required by Bruceploitation Law. The end fight scene (shot on location at the Great Wall) is mighty impressive and brutal. What surprised me the most about this film is the pessimistic storyline. Pretty much everyone dies. Using the Japanese occupation of China as a backdrop, the filmmakers also inject a bit of political commentary (not saying the Fist of Fury was subtle though). If only Bruce Le had made more movies like this."

Outside Bruceploitation fan circles, the film is less highly regarded. An example would be the review on Kung Fu Cinema by Rudolph Pretorius:

"The filmÃ¢â‚¬â„¢s major flaw lies in the fact that itÃ¢â‚¬â„¢s played straight-faced throughout. No intentional jokes are to be found. Some humor could definitely have helped. The film is relatively new in terms of genre, yet it uses the same old story about the Chinese versus the Japanese...ThereÃ¢â‚¬â„¢s not much about the film to recommend even if you like these Chinese versus the Japanese plots. The production values arenÃ¢â‚¬â„¢t bad, but they should rather have employed better actors than have good-looking sets and locations. Stay away!"