Mugla is a city in south-western Turkey. It is the center of the district the same name, as well as of Mugla Province, which stretches along Turkey´s Aegean coast. Mugla center is situated inland at an altitude of 660 m and lies at a distance of about 30 km (19 mi) from the nearest seacoast in the Gulf of Gokova to its south-west. Mugla district area neighbors the district areas of Milas, Yatagan and Kavaklidere to its north by north-west and those of Ula and Koycegiz, all of whom are depending districts. Mugla is the administrative capital of a province that incorporates internationally well-known and popular tourist resorts such as Bodrum, Marmaris and Fethiye and also the smaller resort of Sarigerme

The district areas physical features are determined by several pot-shaped high plains abbreviated by mountains, of which the largest is the one where the city of Mugla is located and which is called under the same name (Mugla Plain). It is surrounded by slopes denuded of soil, paved with calcerous formations and a scrub cover which gives the immediate vicinity of Mugla a barren look uncharacteristic for its region. Arable land is restricted to valley bottoms.

A relatively small city of 61,550 (2009 estimates) and often overlooked by visitors to nearby coastal resorts, Mugla has received a new boost with the foundation of Mugla University in the 1990s. Today, the university brings together a student community of 16,000 and, added by its academia and staff, it played a key role in bringing movement to the city and in opening it to the outside world. Its former profile of a predominantly rural, difficult to access, isolated and underpopulated region enclosed with a rugged mountainous complex is now coming to an end. Also in recent years, a major program of restoration of the citys architectural heritage has enhanced local tourism. The city remains an orderly, compact and leafy provincial center which could keep its old neighborhoods without surrendering to a boom in concrete constructions and displays a progressist mind as exemplified by the pride still expressed on having had Turkeys first female provincial governor in the 1990s, Ms. Lale Aytaman. Nevertheless, Mugla still lacks sizeable manufacturing and processing centers and relies on trades, crafts, services, tourism and agriculture in its economy. 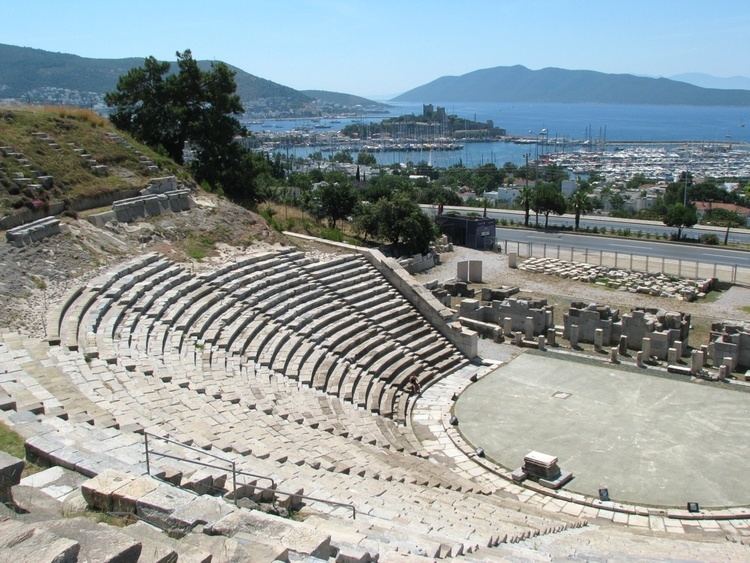 In ancient times, Mugla was apparently a rather insignificant settlement halfway on the passage between the Carian cities of Idrias (later Stratonicea) to the north and Idyma (modern Akyaka) to the southwest on the coast. The indigenous name Mobolla, which survives with little change, appears for the first time in the beginning of the 2nd century BC at the time of its regions passage from what was apparently an eastern Carian federation linked with Taba (modern Tavas) and other cities to Rhodian domination. Mobolla was part of the Rhodian Peraea on a firm basis as of 167 BC until at least the 2nd century AD. The Rhodian territory started here and while region was subject to Rhodes, it was not incorporated in the Rhodian state.

There are almost no ruins to reveal the history of the settlement of Mobolla. On the high hill to the north of the city, a few ancient remains indicate that it was the site of an acropolis. A handful of inscriptions were unearthed within the city itself and they date back to the 2nd century BC..

Turkish-era Mugla also remained a minor site in the beginning despite having been captured relatively early for western Anatolia in the course of the 13th century. The local ruling dynasty of Mentese had their capital in Milas. Mugla acquired regional importance after it replaced Milas as the seat of the subprovince (sanjak) under the Ottoman Empire in 1420. The sanjak kept the name Mentese until the Republican Era, when it was renamed Mugla after its seat of government.