Michael John McKean (born October 17, 1947) is an American actor, comedian, writer, composer and musician well known for his portrayal of Squiggy's friend, Leonard "Lenny" Kosnowski, on the sitcom Laverne & Shirley; and for his work in the Christopher Guest ensemble films, particularly as David St. Hubbins, the lead vocalist and rhythm guitarist of the fictional rock band Spinal Tap from the film This Is Spinal Tap. He co-wrote A Mighty Wind, which won the Grammy for "Best Song Written for a Motion Picture, Television or Other Visual Media", as well as A Kiss at the End of the Rainbow which was nominated for the Academy Award for Best Song. 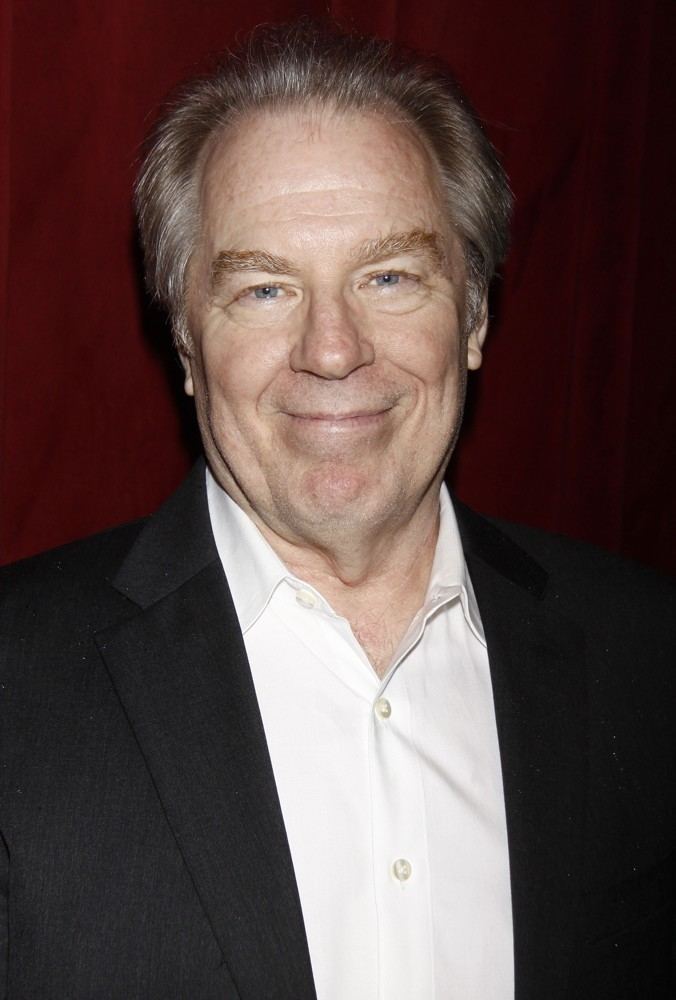 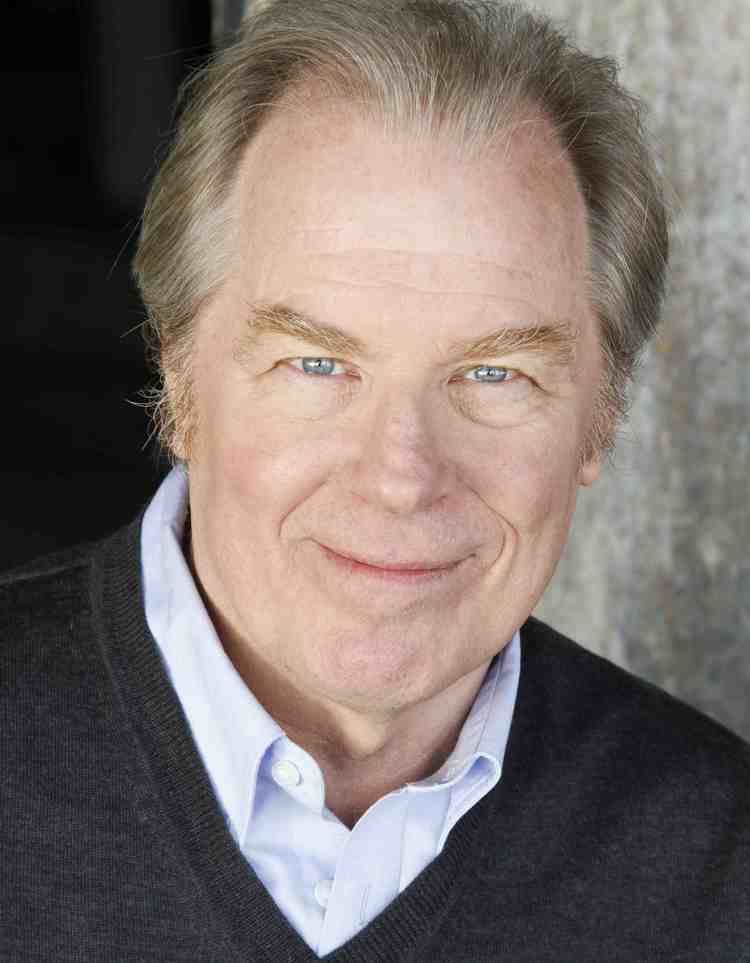 McKean was born October 17, 1947, in New York City, the son of Ruth, a librarian, and Gilbert McKean, one of the founders of Decca Records, and was raised in Sea Cliff, New York, on Long Island. 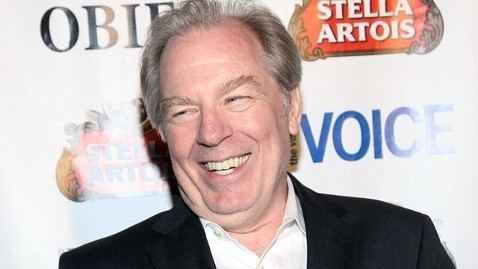 McKean began his career (as well as the characters of Lenny and Squiggy) in Pittsburgh while a student at Carnegie Tech; David Lander was a fellow student at CMU. Their partnership grew after graduation as part of the comedy group The Credibility Gap with Harry Shearer in Los Angeles, but McKean's breakthrough came in 1976 when he and Lander joined the cast of Laverne & Shirley portraying Lenny and Squiggy. McKean directed one episode, and the characters became something of a phenomenon, even releasing an album as Lenny and the Squigtones in 1979, which featured a young Christopher Guest on guitar (credited as Nigel Tufnel; the name Guest would use a few years later as part of the spoof rock band, Spinal Tap). "Foreign Legion of Love" was a big hit for the Squigtones, with frequent play on the Dr. Demento Show. McKean also played his character in an episode of Happy Days. After leaving Laverne & Shirley in 1982, McKean played David St. Hubbins in the comedy This is Spinal Tap with both Guest and Shearer, and appeared in the soap opera spoof Young Doctors in Love. 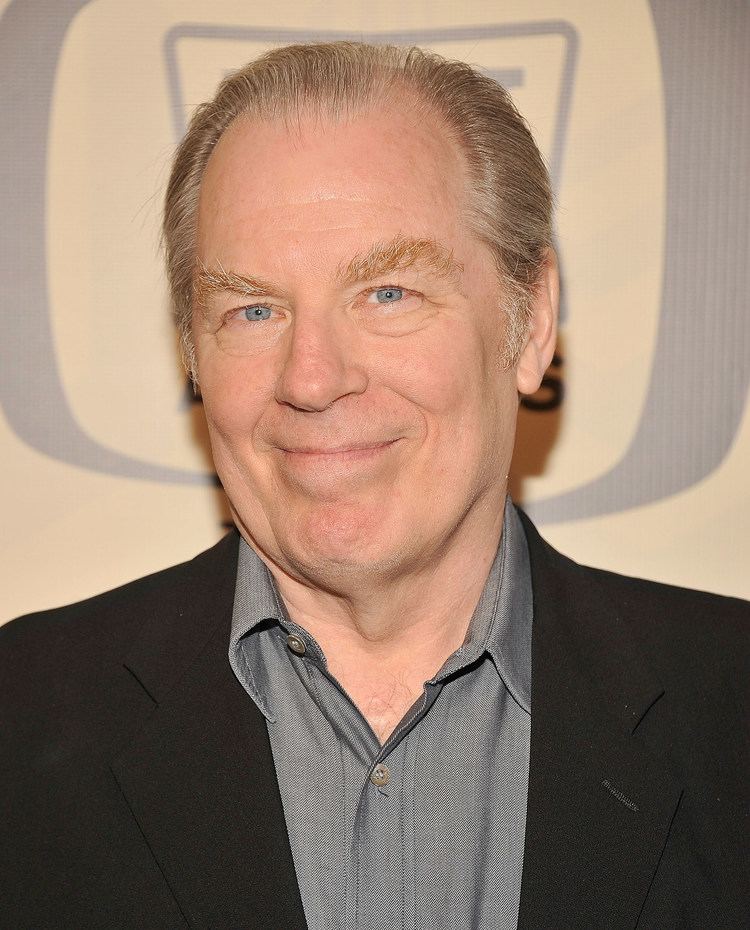 McKean quickly became a recognizable name in film and television, with appearances in films such as Used Cars (1980), Clue (1985), Planes, Trains and Automobiles (1987), Earth Girls Are Easy (1988), the film adaptation of Memoirs of an Invisible Man (1992), Coneheads (1993), Airheads (1994), Radioland Murders (1994), and taking a lead role in Short Circuit 2 (1988). He also had guest roles on such shows as Murder, She Wrote, Murphy Brown, Lois and Clark: The New Adventures of Superman, and Caroline in the City. McKean was part of an ensemble cast in the short-lived television series Grand on NBC which aired in 1990. In 1991 McKean co-wrote (with Christopher Guest) the second episode and later directed the final episode of the mock documentary series Morton & Hayes, created by Phil Mishkin and Rob Reiner.

Having already appeared as a musical guest and then host of Saturday Night Live, McKean joined the cast in 1994 and remained a cast member until 1995. At the age of 46, he was the oldest person ever to join the SNL cast at the time (later surpassed by Leslie Jones, who joined in 2014 at age 47), and the only person to be a musical guest, host, and cast member in that order. During this time, he also released a video follow up to Spinal Tap, played the villainous Mr. Dittmeyer in The Brady Bunch Movie, and played the boss Gibby in the HBO series Dream On. After leaving Saturday Night Live, McKean spent a lot of time doing children's fare, voicing various TV shows and movies.

McKean's TV guest appearances include; The Simpsons; Law & Order; Family Guy; Star Trek: Voyager; SpongeBob SquarePants; Boy Meets World and Harvey Birdman, Attorney at Law. He also did voiceover work on Oswald as Henry's cousin, Louie. Coincidentally, Henry was voiced by David Lander. He also lent his voice to an episode of Kevin Smith's Clerks: The Animated Series that was never aired on ABC but was included on the VHS and DVD versions of the series. In 1998, he guest starred in a two-part episode of The X-Files called "Dreamland" in which his character, Morris Fletcher, switched bodies with Fox Mulder. The character was a success, and reappeared in 1999's "Three of a Kind", an episode which focused on the recurring characters of The Lone Gunmen. The character appeared on their short-lived spin-off series in 2001, and then returned to The X-Files in its final season for an episode called "Jump the Shark". McKean had a regular role as the brassy, heavily made-up bandleader Adrian Van Horhees in Martin Short's Comedy Central series, Primetime Glick, and in 2003, he guest starred on Smallville, the Superman prequel in which his wife stars as Martha Kent. McKean played Perry White, who – in the Superman universe – ultimately becomes Clark Kent's boss. He previously has been related to the Superman myth. In 1994, on the Lois & Clark: The New Adventures of Superman first season episode "Vatman", he played Dr. Fabian Leek, a cloning expert who creates a Superman clone that belonged to corporate mogul Lex Luthor (John Shea). Also, during his short stint on Saturday Night Live, McKean played Perry White in a Superman spoof.

In 2003, he appeared in the Christopher Guest comedy A Mighty Wind. He co-wrote several songs for the film, including A Mighty Wind (with Guest and Eugene Levy), which won the Grammy for "Best Song Written for a Motion Picture, Television or Other Visual Media" and A Kiss at the End of the Rainbow, which was nominated for the Academy Award for Best Song.

He was on Broadway in a production of Hairspray in 2004, and is apparently writing his own musical with O'Toole. He was co-starring as Hines in a revival of The Pajama Game with Harry Connick, Jr. at the American Airlines Theatre in the first half of 2006. Also in 2006, McKean reunited with most of the cast of A Mighty Wind to film the comedy For Your Consideration and appeared in the play Love Song on the stage in London. His musical interests led him to a starring role in the critically acclaimed 2008 comedy air-drumming film Adventures of Power, in which he was re-united on-screen with his co-star Jane Lynch (from "For Your Consideration") and starred alongside Adrian Grenier, Chiu Chi Ling, and Shoshannah Stern. In it, McKean plays a copper-miner who organizes a community strike against the corrupt owners of the town plant and is the father of Power (Ari Gold), a devoted young musician whose goal it is to win the national air-drumming competition. His role honors the leaders and fighters of the 99% movement.

McKean was cast in the pilot episode of a remake of the British series The Thick of It as the chief of staff. The pilot was directed by Guest. McKean starred in the 40th Anniversary Broadway revival of Harold Pinter's The Homecoming, co-starring Ian McShane, Raul Esparza, Eve Best, and James Frain. The show opened on December 9, 2007. In 2009, he starred in the Chicago-based Steppenwolf Theatre Company's production of Superior Donuts, by playwright Tracy Letts.

On January 20, 2010, it was announced that Michael McKean would return to an episode of Smallville alongside his real life wife, Annette O'Toole.

In May 2010, McKean won the Celebrity Jeopardy! tournament by defeating Jane Curtin and Cheech Marin. The earnings were donated to the International Myeloma Foundation in honor of McKean's friend Lee Grayson, who died of myeloma in 2004. In the summer of 2010, McKean took over the role of the Stage Manager in Thornton Wilder's Our Town at the Barrow Street Playhouse in New York's Greenwich Village. His run ended on August 24, 2010. In 2011, McKean appeared on an episode of Sesame Street as Virgil, the rock star, looking for "rocks" to be in an all ROCK-band. He searches for many different rocks and gems but is unable to find his lead singer until Abby turns him into an emerald.

In April 2012, McKean began performing on Broadway in Gore Vidal's The Best Man. On May 22, 2012, McKean was hit by a car in New York City, suffering a broken leg. His part is to be filled by James Lecesne. On June 1, 2012, McKean was released from the hospital to begin physical rehabilitation. He also appeared in the HBO comedy series Family Tree in early 2013.

In late February 2014, McKean played J. Edgar Hoover in Broadway previews of Robert Schenkkan's Lyndon B. Johnson bio-play, All the Way, starring Emmy winner Bryan Cranston as Lyndon B. Johnson. The play opened on March 6, 2014. In May 2014, McKean was announced to have joined the cast of the Breaking Bad spin-off, Better Call Saul. He was the first actor to join the series that was not featured in the original series, although he had worked with series creator Vince Gilligan previously on The X-Files. The series premiered in February 2015. McKean plays the role of Chuck McGill.