A slice of street life in Little Italy among lower echelon Mafiosos, unbalanced punks, and petty criminals. A small-time hood gets in over his head with a vicious loan shark. In an attempt to free himself from the dangers of his debt, he gets help from a friend who is also involved in criminal activities. 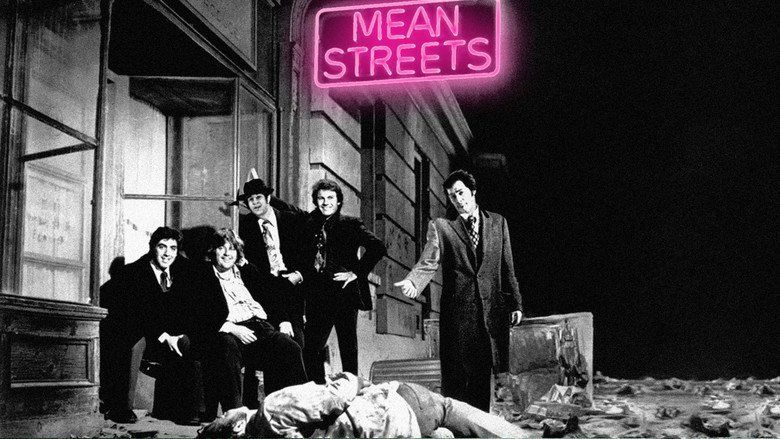 Mean Streets is a 1973 crime film directed by Martin Scorsese and co-written by Scorsese and Mardik Martin. The film stars Harvey Keitel and Robert De Niro. It was released by Warner Bros. on October 2, 1973. De Niro won the National Society of Film Critics award for Best Supporting Actor for his role as John "Johnny Boy" Civello. 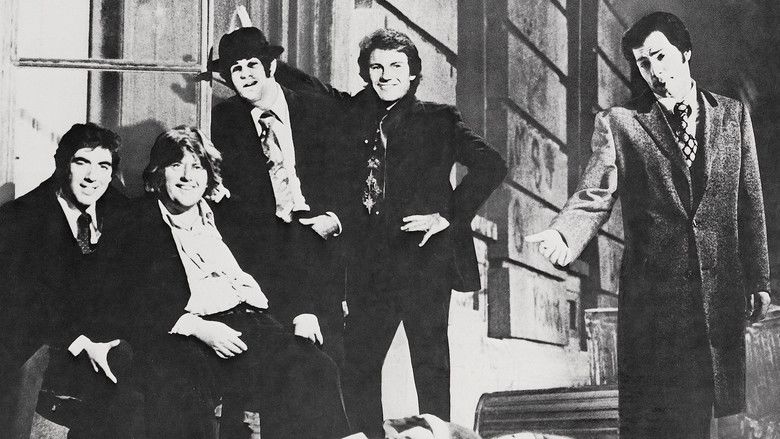 In 1997, Mean Streets was selected for preservation in the United States National Film Registry by the Library of Congress as being "culturally, historically, or aesthetically significant".

A small-time hood must choose from among love, friendship and the chance to rise within the mob. 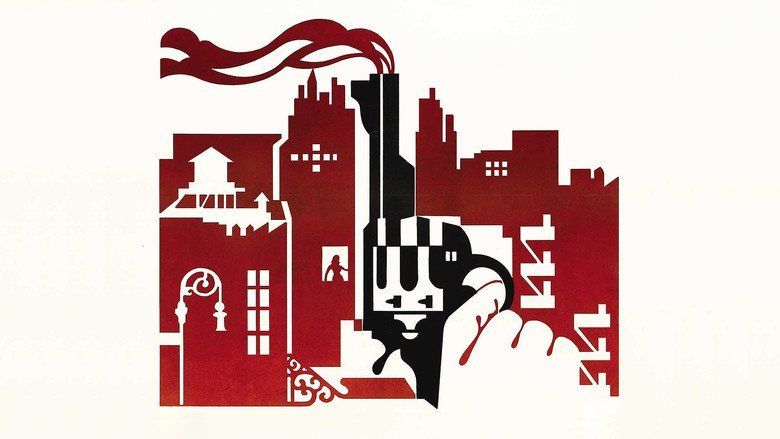 Charlie (Harvey Keitel) is a young Italian-American man who is trying to move up in the local New York Mafia but is hampered by his feeling of responsibility towards his reckless younger friend Johnny Boy (Robert De Niro), a small-time gambler who owes money to many loan sharks. Charlie works for his uncle Giovanni (Cesare Danova), the local caporegime, mostly collecting debts. He is also having a secret affair with Johnny Boys cousin Teresa (Amy Robinson), who has epilepsy and is ostracized because of her condition—especially by Charlies uncle. Charlies uncle, a dignified man who takes his role as caporegime seriously, also wants Charlie not to be such close friends with Johnny, saying "Honorable men go with honorable men."

Charlie is torn between his devout Catholicism and his Mafia ambitions. As the film progresses, Johnny becomes increasingly self-destructive and disrespectful of his creditors. Failing to receive redemption in the church, Charlie seeks it through sacrificing himself on Johnnys behalf. 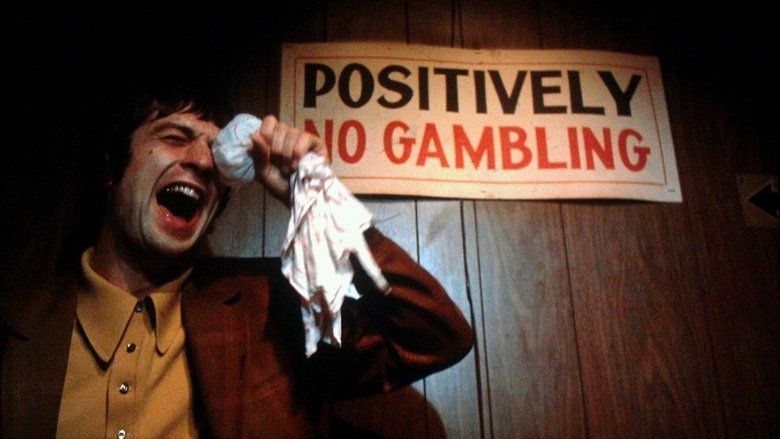 At a bar, a local loan shark named Michael (Richard Romanus) comes looking for Johnny to "pay up", but to his surprise, Johnny insults him. Michael lunges at Johnny, who retaliates by pulling a gun on him. After a tense standoff, Michael walks away, and Charlie convinces Johnny that they should leave town for a brief period. Teresa insists on coming with them. Charlie borrows a car and they drive off, escaping the neighborhood without incident. But then a car that had been following them suddenly pulls up alongside, Michael at the wheel and his henchman in the backseat. The henchman fires several shots at Charlies car, hitting Johnny in the neck and Charlie in the hand, causing Charlie to crash the car. The film ends with an ambulance and police arriving at the scene, and paramedics take them away. 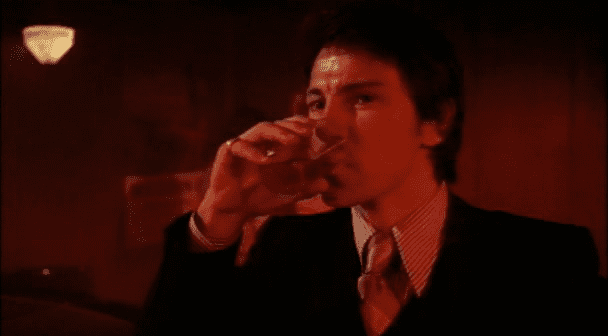 Apart from his first actual feature, Whos That Knocking at My Door, and a directing project given him by early independent maverick Roger Corman, Boxcar Bertha, this was Scorseses first feature film of his own design. Director John Cassavetes told him after he completed Boxcar Bertha: "You’ve just spent a year of your life making a piece of shit." This inspired Scorsese to make a film about his own experiences. Cassavetes told Scorsese he should do something like Whos That Knocking At My Door, which Cassavetes had liked, and then came Mean Streets, which was based on actual events Scorsese saw almost regularly while growing up in New York Citys Little Italy. 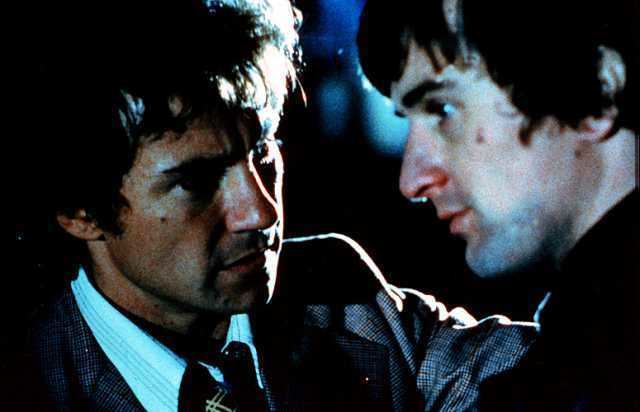 The screenplay for the movie initially began as a continuation of the characters in Whos That Knocking. Scorsese changed the title from Season of the Witch to Mean Streets, a reference to Raymond Chandlers essay "The Simple Art of Murder", wherein Chandler writes, "But down these mean streets a man must go who is not himself mean, who is neither tarnished nor afraid." Scorsese sent the script to Corman, who agreed to back the film if all the characters were black. Scorsese was anxious to make the film so he considered this option, but actress Verna Bloom arranged a meeting with potential financial backer Jonathan Taplin, who was the road manager for the musical group The Band. Taplin liked the script and was willing to raise the $300,000 budget that Scorsese wanted if Corman promised, in writing, to distribute the film. The blacksploitation suggestion was to come to nothing when funding from Warner Bros. allowed him to make the film as he intended with Italian characters.

According to Scorsese, the first draft of Mean Streets focused on Charlies religious conflict and its effect on his worldview. Along with fellow writer Mardik Martin, Scorsese wrote the whole script while driving around Little Italy in Martins car. They would find a spot in the neighborhood to park and begin writing, all the while immersed in the sights and sounds of what would eventually appear onscreen.

Once the financing was in place, Scorsese began to recruit his cast. De Niro had met the director in 1972 and liked what he had seen in Whos That Knocking at My Door. De Niro, who had grown up on Bleecker Street, Little Italys northern boundary at the time, was impressed with how the film had so accurately captured life in Little Italy. Scorsese offered the actor four different roles, but he could not decide which one he wanted to portray. After another actor dropped out of the project, Scorsese cast Harvey Keitel in the pivotal role of Charlie. Keitel was also responsible for convincing De Niro to play Johnny Boy. Scorsese himself plays the gunman who shoots at Charlie and Johnny Boy from Michaels car.

The film was well received by most critics; some even hailed it as one of the most original American films of all time. Pauline Kael was among the most enthusiastic critics: she called it "a true original, and a triumph of personal filmmaking" and "dizzyingly sensual". Other critics like Dave Kehr of the Chicago Reader said "the acting and editing have such original, tumultuous force that the picture is completely gripping". Vincent Canby of The New York Times reflected that "no matter how bleak the milieu, no matter how heartbreaking the narrative, some films are so thoroughly, beautifully realized they have a kind of tonic effect that has no relation to the subject matter". One of Scorseses most consistent supporters, Roger Ebert of the Chicago Sun-Times, wrote: "In countless ways, right down to the detail of modern TV crime shows, Mean Streets is one of the source points of modern movies." Time Out magazine called it "one of the best American films of the decade". The film holds a 98% "Certified Fresh" rating on Rotten Tomatoes. James Gandolfini, when asked on Inside the Actors Studio (season 11, episode 2) what films most influenced him, cited Mean Streets among them and said he watched the film four times in a row.