Maximiliano Ruben "Maxi" Rodriguez ([ˈmaksi roˈðɾiɣes]; born 2 January 1981) is an Argentine footballer who plays for Newell's Old Boys. Nicknamed La Fiera (Beast in English) he is commonly used as a winger on both flanks, but can also operate as an attacking midfielder.

Rodriguez arrived in Spain in his early 20s, and went on to spend the bulk of his professional career there, playing for Espanyol and Atletico Madrid and amassing La Liga totals of 232 games and 58 goals over the course of eight seasons. He also spent two years with Liverpool in England. 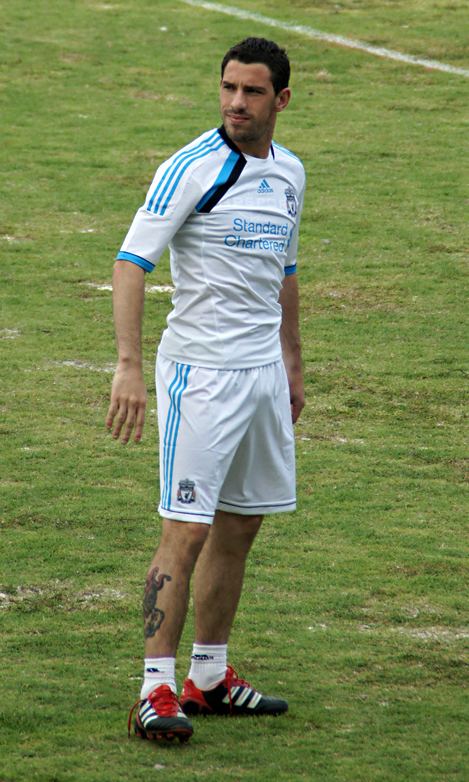 An Argentine international in the 2000s, Rodriguez represented the country in three World Cups, finishing second in 2014. 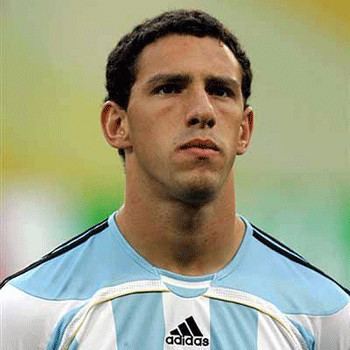 Born in Rosario, Santa Fe, Rodriguez came through the youth set-up at Newell's Old Boys in the Argentine first division, and played for the club for three seasons before moving to Spain.

In 2002 Rodriguez moved to La Liga with RCD Espanyol, his league debut coming on 2 September in a 0–2 loss against Real Madrid. He played 37 matches in every campaign with the Catalans, scoring 15 goals during his last season, including the club's 2000th Spanish league goal.

At the start of the 2005–06 season, Rodriguez moved to Atletico Madrid for a transfer fee of €5 million, where he continued to post consistent numbers. In his second year he suffered, alongside teammate (and winger) Martin Petrov, a serious knee injury (anterior cruciate ligament), which limited him to only 10 appearances.

On 10 November 2009 Rodriguez put four goals past UD Marbella in the Copa del Rey round-of-32 second leg, in an eventual 6–0 home win (8–0 aggregate). After the 2007 departure of Fernando Torres to Liverpool, he was selected as the new club captain; he took no part in the Colchoneros' 2009–10 UEFA Europa League campaign, which ended in conquest.

On 13 January 2010, Rodriguez completed a free transfer to Liverpool, signing a three-and-a-half-year deal, Rafael Benitez described him as "comfortable on the ball, can pass and keep possession. He is good at getting into the box and scoring goals and a good finisher." At Liverpool, he was given the number 17 shirt. He made his debut for the club as a second-half substitute in a Premier League match against Stoke City on the 16th, his first full start coming a week and a half later, away to Wolverhampton Wanderers (0–0 draw).

In his first games for Liverpool Rodriguez gained two league assists, both of which were for former Atletico teammate Torres. He scored his first goal for the club in a 4–0 win over Burnley at Turf Moor on 25 April 2010, playing the full 90 minutes.

2010–11 was a good individual season for Rodriguez, who netted 10 league goals for the Reds, including two hat-tricks, against Birmingham City (5–0 home win) and Fulham (5–2 at Craven Cottage). In the latter he scored twice in the opening seven minutes – the first being just after 32 seconds – and completed his exhibition with a 25-yard strike.

On 8 July 2011 Rodriguez switched his jersey number to 11, and he scored two goals in a pre-season friendly with Malaysia shortly after, which finished 6–3 to Liverpool. On 24 August, he was given his first start of the season in a League Cup tie against Exeter City, and netted the second in an eventual 3–1 away success.

On 20 November 2011 Rodriguez scored against Chelsea following a build-up with teammate Craig Bellamy, with Liverpool winning it 2–1 at Stamford Bridge. Nine days later, against the same opponent, in the same venue and again with the decisive pass being made by the Welshman, he found the net in a 2–0 League Cup triumph, and his team went on to win the latter competition.

On 26 December 2011, Rodriguez scored just his second league goal of the season in a 1–1 draw at Anfield against Blackburn Rovers. He netted his last two against the same adversary on 10 April 2012, for a 3–2 away win.

On 13 July 2012, after 73 official games and 17 goals scored, Rodriguez left Liverpool and returned to his first professional club Newell's Old Boys. He wrote an open letter to the Reds fans before his departure, thanking them for their support in his two-and-a-half-year stint with the club.

Rodriguez played his first match for the club since leaving on 5 August 2012, in a 0–0 draw against Club Atletico Independiente. According to him, football in his country was now 'worse than ten years ago'. In June 2013 he helped the team win the Torneo Final, being awarded the Alumni by directors and former directors of Argentinian football late in the year.

Rodriguez won the 2001 FIFA World Youth Championship with the Argentine under-20s on home soil, scoring four goals in seven matches including the first and last for the eventual winners. He made his full side debut in a friendly match against Japan on 8 June 2003, in which he also found the net.

After being part of the 2005 FIFA Confederations Cup squad, Rodriguez was called for the 2006 FIFA World Cup by national boss Jose Pekerman and, on 16 June, he scored twice in Argentina's 6–0 victory over Serbia and Montenegro in the group stage. In the round-of-16, he scored the winning goal against Mexico in a 2–1 extra time victory: he controlled a cross-field pass from Juan Pablo Sorin with his chest before volleying it into the top corner of Oswaldo Sanchez's net from outside the penalty area with his left foot, in the 98th minute; in an unofficial online poll by FIFA, it was voted the best goal of the tournament.

After Argentina lost the quarter-final game against Germany on 30 June 2006, Rodriguez punched opponent Bastian Schweinsteiger in the back. FIFA fined him CHF5,000 and suspended him from two matches in the 2007 Copa America for violent conduct. However, after a serious knee injury in a friendly with Spain in October 2006, he missed the continental competition, as national team manager Alfio Basile, whom initially intended to select the player, eventually rested him for precaution.

Rodriguez scored in Diego Maradona's first game in charge of Argentina, a 0–1 friendly win in Scotland. On 19 May 2010 he was named in the squad of 23 for the 2010 World Cup in South Africa and, in the last home game before the finals five days later, scored twice against Canada, netting from a freekick from a sharp angle and after receiving a pass from Carlos Tevez in an eventual 5–0 win.

In June 2014, Rodriguez made Argentina's list for the 2014 World Cup. He started in his side's opening game, a 2–1 defeat of Bosnia and Herzegovina at the Estadio do Maracana, playing the first half before being substituted for Gonzalo Higuain at half-time; he was only fielded again in the semi-finals against the Netherlands, converting the decisive penalty shootout attempt (0–0 after 120 minutes) to send his country to the final for the first time in 24 years.

In 2009 Rodriguez appeared in a music video for Coti, starring alongside Atletico teammate Diego Forlan.