Mahima Khanna, (born March 3, 1988), is third Indian to have received the Stevenson Prize from the University of Cambridge in 2011, after Amartya Sen and Sir Partha Dasgupta. She was born in Kolkata, India. Daughter of a leading gynecologist Dr. Gouri Kumra and pioneer plastic surgeon Dr. Manoj Khanna. 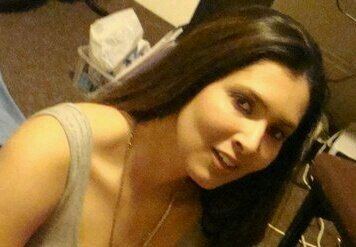 She is currently working in The International Finance Corporation, The World Bank Group, where she is Strategist and Economist for the Global Financial Institutions Group and is based in Washington D.C. She has previously worked in Cambridge Judge Business School and Planning Commission (India). She is also a public speaker and gives lectures in various institutes, forums and to media – The World Confluence on Humanity, Power and Spirituality, International Youth Forum for Policy, Change and Development, CNBC, redfm Rotary International, University of Mumbai and . In 2012, she was conferred the title of "Youth Icon" and awarded the "Young Achiever's Award" by Rotary International District 3291.

Many girls in India, look upto her as a source of inspiration, for standing up for her passion and pursuing economics against the wishes of her family and making a name at a young age. She takes time out from her busy schedule to mentor budding economist from universities in America, Europe and her home country. She also mentored the operations of India's leading search engine for finding products online, Buyt.

Her research is focused on topics related to job creation, poverty alleviation, informality and business model innovation. Her ongoing research tries to understand the linkage between access to financial services for MSMEs and job creation. As a part of this research, she has authored numerous papers and conducted field assessments and impact studies in various developing countries around the world.

Her work on "Business Model Innovation in India" analyses the trends and policy implications of Innovations in the last decade. This work was published in Journal of Indian Business Research. In International Finance Corporation she has published a report titled "Estimating the Employment effects of IFC's investment in Powerlinks Transmission System: A project in India and Bhutan" and provided valuable inputs to "Assessing private sector contribution to job creation" and "CBC: Micro case study on job creation effects in Sri Lanka". The results of these studies feed into IFC's Job Study Report and the World Development Report 2013.

Her 2011 award winning work analyses the issue of Trade liberalization and informality in the Indian Manufacturing sector. While at Planning Commission, Government of India she worked on the causality between Indian Fiscal Deficits and Interest rates.

Khanna completed her schooling from Loreto House and La Martiniere for Girls in Kolkata. She did her undergraduate studies in Economics at St. Xavier's College, Kolkata graduating in 2009 with First Class honours. She then completed a diploma in Economics from the University of Cambridge in 2010, receiving a distinction and finishing as one of the top students in her class. She completed an Mphil in Economic Research from the University of Cambridge in 2011 and was awarded The Stevenson Prize for the best overall performances. She has worked at the Marshall Society Economics Research Group at Cambridge University.