Mack Sennett (born Michael Sinnott; January 17, 1880 – November 5, 1960) was a Canadian-born American director and actor and was known as the innovator of slapstick comedy in film. During his lifetime he was known at times as the "King of Comedy". His short Wrestling Swordfish was awarded the Academy Award for Best Live Action Short Film in 1932 and he earned an Academy Honorary Award in 1937. 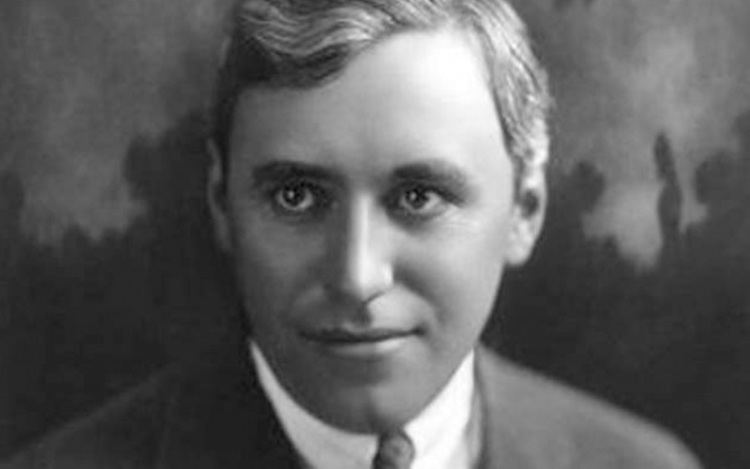 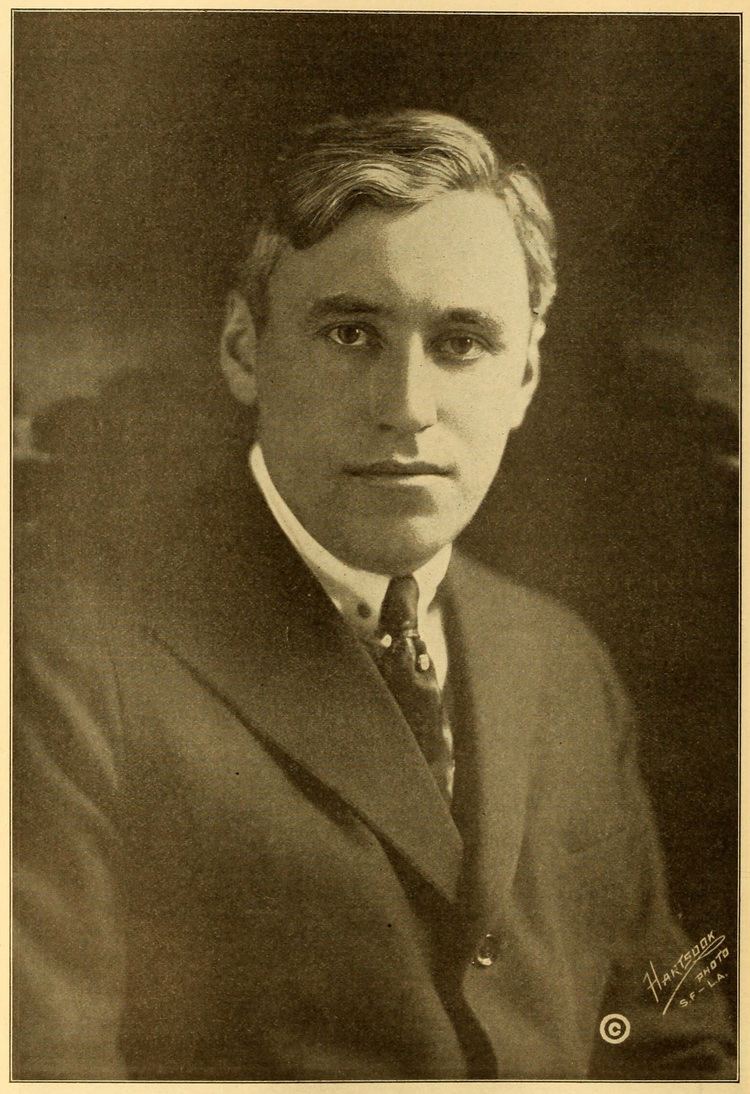 Born Michael Sinnott in Richmond Ste-Bibiane Parish, Quebec, Canada, he was the son of Irish Catholic John Sinnott and Catherine Foy, married 1879 in Tingwick St-Patrice Parish (Quebec). The newlyweds moved the same year to Richmond, where John Sinnott was hired as a laborer. By 1883, when Michael's brother George was born, John Sinnott was working in Richmond as an innkeeper; he worked as an innkeeper for many years afterward. John Sinnott and Catherine Foy had all their children and raised their family in Richmond, then a small Eastern Townships village. At that time, Michael's grandparents were living in Danville, Quebec. When he was 17, Michael Sinnott moved to Connecticut. 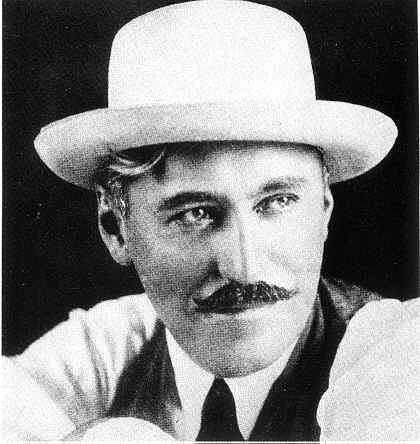 He lived for a while in Northampton, Massachusetts, where, according to his autobiography, Sennett first got the idea to become an opera singer after seeing a vaudeville show. He claimed that the most respected lawyer in town, Northampton mayor (and future President of the United States) Calvin Coolidge, as well as Sennett's own mother, tried to talk him out of his musical ambitions. 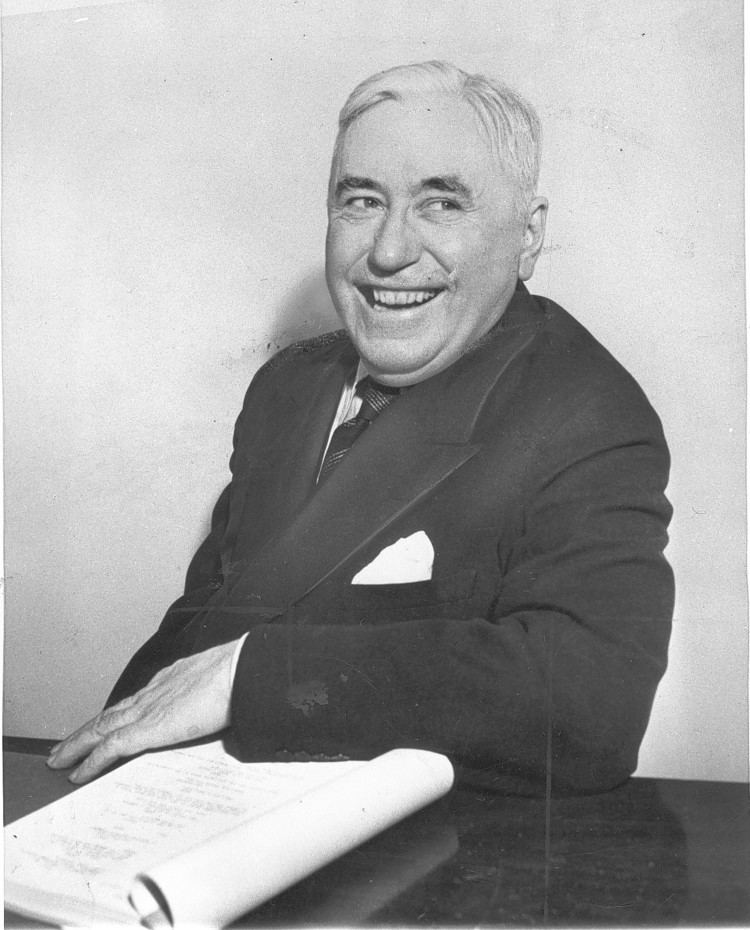 In New York City, Sennett became an actor, singer, dancer, clown, set designer, and director for Biograph. A major distinction in his acting career, often overlooked, is the fact that Sennett played Sherlock Holmes 11 times, albeit as a parody, between 1911 and 1913.

Sennett's slapstick comedies were noted for their wild car chases and custard pie warfare. His first comedienne was Mabel Normand, who became a major star (and with whom he embarked on a tumultuous personal relationship). Sennett developed the Kid Comedies, a forerunner of the Our Gang films, and in a short time his name became synonymous with screen comedy. In 1915 Keystone Studios became an autonomous production unit of the ambitious Triangle Film Corporation, as Sennett joined forces with D. W. Griffith and Thomas Ince, both powerful figures in the film industry.

Also beginning in 1915, Sennett assembled a bevy of girls known as the Sennett Bathing Beauties to appear in provocative bathing costumes in comedy short subjects, in promotional material, and in promotional events like Venice Beach beauty contests.

Two of those often named as Bathing Beauties do not belong on the list: Mabel Normand and Gloria Swanson. Mabel Normand was a featured player, and her 1912 8-minute film The Water Nymph may have been the direct inspiration for the Bathing Beauties. Although Gloria Swanson worked for Sennett in 1916 and was photographed in a bathing suit, she was also a star and "vehemently denied" being one of the bathing beauties.

The Sennett Bathing Beauties would continue to appear through 1928.

In 1917 Sennett gave up the Keystone trademark and organized his own company, Mack Sennett Comedies Corporation. (Sennett's bosses retained the Keystone trademark and produced a cheap series of comedy shorts that were "Keystones" in name only: they were unsuccessful, and Sennett had no connection with them.) Sennett went on to produce more ambitious comedy short films and a few feature-length films. During the 1920s his short subjects were in much demand, featuring stars like Billy Bevan, Andy Clyde, Harry Gribbon, Vernon Dent, Alice Day, Ralph Graves, Charlie Murray, and Harry Langdon. He produced several features with his brightest stars, such as Ben Turpin and Mabel Normand.

Many of Sennett's films of the early 1920s were inherited by Warner Brothers when Warners merged with the original distributor, First National. Warner added music and commentary to several of these shorts, but eventually destroyed the original elements for storage space. As a result, many Sennett films, especially those from his most productive and creative period, no longer exist.

In the mid-1920s Sennett moved over to Pathe Exchange distribution. Pathe had a huge market share, but made bad corporate decisions, such as attempting to sell too many comedies at once (including those of Sennett's main competitor, Hal Roach). In 1927 Paramount and MGM, Hollywood's two top studios, noting the profits being made by companies like Pathe Exchange and Educational, both re-entered the production and distribution of short subjects after several years. Roach signed with MGM, but Sennett found himself and Pathe Exchange in hard times, because the hundreds of exhibitors who had previously rented their shorts had switched to the new MGM or Paramount products.

Sennett made a reasonably smooth transition to sound films, releasing them through Earle Hammons's Educational Pictures. Sennett occasionally experimented with color and was the first to get a talkie short subject on the market, in 1928. In 1932 he was nominated for the Academy Award for Live Action Short Film in the comedy division for producing The Loud Mouth (with Matt McHugh, in the sports-heckler role later taken in Columbia Pictures remakes by Charley Chase and Shemp Howard), and he won in the novelty division for his film Wrestling Swordfish.

Sennett often clung to outmoded techniques, making his early-1930s films seem dated and quaint. This doomed his attempt to re-enter the feature film market with Hypnotized (starring blackface comedians Moran and Mack, "The Two Black Crows"). However, Sennett enjoyed great success with short comedies starring Bing Crosby; these films were probably instrumental in Sennett's product being picked up by a major studio, Paramount Pictures. W. C. Fields conceived and starred in four famous Sennett-Paramount comedies. Fields himself recalled that he "made seven comedies for the Irishman" (his original deal called for one film and an option for six more), but ultimately only four were made.

Sennett's studio did not survive the Great Depression; the Sennett-Paramount partnership lasted only one year, and Sennett was forced into bankruptcy in November 1933.

On January 12, 1934 he was injured in an automobile accident that killed Charles E. Mack in Mesa, Arizona.

His last work, in 1935, was as a producer-director for Educational Pictures; he directed Buster Keaton in The Timid Young Man and Joan Davis in Way Up Thar. (The 1935 Vitaphone short subject Keystone Hotel is not a Sennett production; it featured several alumni from the Sennett studio, but Sennett himself had no connection with the film.)

Mack Sennett went into semi-retirement at the age of 55, having produced more than 1,000 silent films and several dozen talkies during a 25-year career. His studio property was purchased by Mascot Pictures (later part of Republic Pictures), and many of his former staffers found work at Columbia Pictures.

In March 1938, Sennett was presented with an honorary Academy Award: "for his lasting contribution to the comedy technique of the screen, the basic principles of which are as important today as when they were first put into practice, the Academy presents a Special Award to that master of fun, discoverer of stars, sympathetic, kindly, understanding comedy genius - Mack Sennett."

Rumors abounded that Sennett would be returning to film production (a 1938 publicity release indicated that he would be working with Stan Laurel of Laurel and Hardy), but apart from Sennett reissuing a couple of his Bing Crosby two-reelers to theaters, nothing happened. Sennett did appear in front of the camera, however, in Hollywood Cavalcade (1939), itself a thinly disguised version of the Mack Sennett-Mabel Normand romance. In 1949 he provided film footage for, and appeared in, the first full-length comedy compilation, Down Memory Lane (1949), which was written and narrated by Steve Allen. Sennett was profiled in the television series This is Your Life in 1954, and made a cameo appearance (for $1,000) in Abbott and Costello Meet the Keystone Kops (1955). He contributed to the radio program Biography in Sound, broadcast February 28, 1956.

He died on November 5, 1960 in Woodland Hills, California, aged 80, and was interred in the Holy Cross Cemetery in Culver City, California.

For his contribution to the motion picture industry Sennett was given a star on the Hollywood Walk of Fame at 6712 Hollywood Blvd. Also in 2004, he was inducted into Canada's Walk of Fame.

Some historians credit Sennett's films with having been responsible for municipal police forces across North America altering their uniforms to include military style officers' caps since by the 1920s tall, British-style hats had become so indelibly associated with slapstick comedy.

Henry Mancini's score for the 1963 film The Pink Panther, the original entry in the series, contains a segment called "Shades of Sennett". It is played on a silent film era style "honky tonk" piano, and accompanies a climactic scene in which the incompetent police detective Inspector Clouseau is involved in a multi-vehicle chase with the antagonists.

In 1974, Michael Stewart and Jerry Herman wrote the musical Mack & Mabel, chronicling the romance between Sennett and Mabel Normand. Sennett also was a leading character in The Biograph Girl, a 1980 musical about the silent film era.

Peter Lovesey's 1983 novel Keystone is a whodunnit set in the Keystone Studios and involving (among others), Mack Sennett, Mabel Normand, Roscoe Arbuckle, and the Keystone Cops.