The Curse Of Superman: 2018 Edition 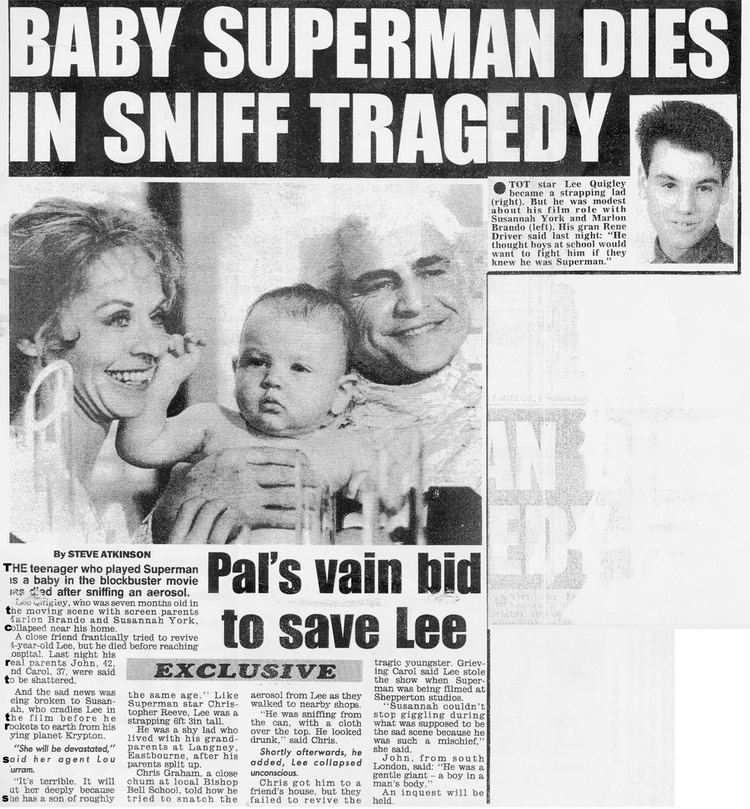 Quigley was born in Lambeth, London, England on 13 August 1976. His parents were John and Carol Quigley. He lived with his grandparents in Langney, Eastbourne, England after his parents split up. He was seven months old when he played baby Kal-El, the infant version of Christopher Reeve's character in Superman. His scenes were filmed in Shepperton Studios in Shepperton. Quigley did not appear in another film after Superman. The footage that included Quigley as baby Kal-El was later used as archival footage for the 2006 documentary The Curse of Superman. He was uncredited.

On 10 March 1991, Quigley died at the age of fourteen after inhaling solvents.