Kumbakonam, also spelt as Coombaconum in the records of British India, is a town and a special grade municipality in the Thanjavur district in the southeast Indian state of Tamil Nadu. It is located 40 km (25 mi) from Thanjavur and 273 km (170 mi) from Chennai and is the headquarters of the Kumbakonam taluk of Thanjavur district. The town is bounded by two rivers, the Kaveri River to the north and Arasalar River to the south. According to the 2011 census, Kumbakonam has a population of 140,156 and has a strong Hindu majority; but it also has sizeable Muslim and Christian populations. Kumbakonam is known as a "temple town" due to the prevalence of a number of temples here and is noted for its Mahamaham festival which attracts people from all over the globe.

Kumbakonam dates back to the Sangam period and was ruled by the Early Cholas, Pallavas, Medieval Cholas, Later Cholas, Pandyas, the Vijayanagar Empire, Madurai Nayaks, Thanjavur Nayaks and the Thanjavur Marathas. It rose to be a prominent city between the 7th and 9th centuries AD, when it served as a capital of the Medieval Cholas. The town reached the zenith of its prosperity during the British Raj when it was a prominent centre of European education and Hindu culture; and it acquired the cultural name, the "Cambridge of South India". In 1866, Kumbakonam was officially constituted as a municipality, which today comprises 45 wards, making it the second largest municipality in Thanjavur district.

The region around Kumbakonam was inhabited as early as the Sangam Age (3rd century BC to 3rd century AD). The present-day Kumbakonam is believed to be the site of the ancient town of Kudavayil where the Early Chola king Karikala held his court. Some scholars identify Kumbakonam as the site of the fabled prison of Kudavayir-kottam where the Chera king Kanaikkal Irumporai was imprisoned by the Early Chola king Kocengannan. Kumbakonam is identified with the town of Malaikurram which had served as the Chola capital as early as the 7th century and with the town of Solamaligai which had also served as a Chola capital. According to the Sinnamanur plates, Kumbakonam was the site of a battle between the Pallava king Sri Vallabha and the then Pandya king in 859 and between the Pandya king Srimara Pandya and a confederacy of the Cholas and Gangas. 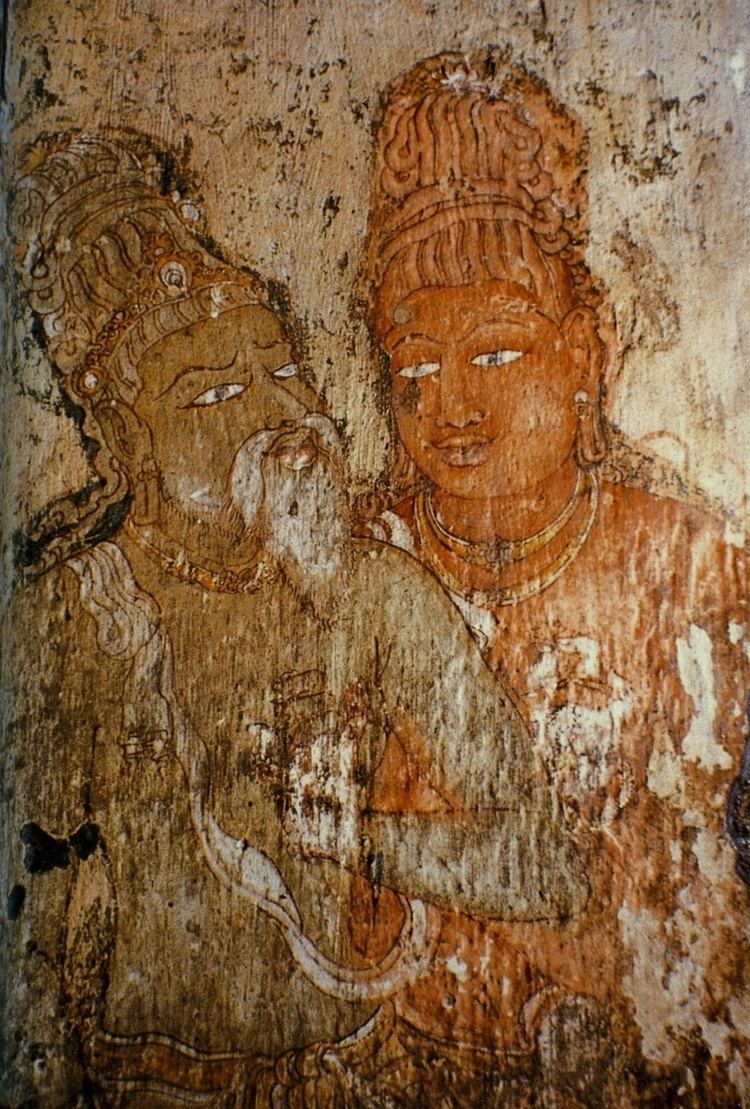 Kumbakonam came into limelight during the rule of the Medieval Cholas who ruled from the 9th century to the 12th century. The town of Pazhaiyaarai, 8 km (5.0 mi) from Kumbakonam was the capital of the Chola Empire in the 9th century.

Following the decline of the Chola kingdom, Kumbakonam was conquered by the Pandyas in 1290. Following the demise of the Pandya kingdom in the 14th century, Kumbakonam was conquered by the Vijayanagar Empire. Krishnadevaraya (1509–29), the emperor of Vijayanagara visited the town in 1524 and is believed to have bathed in the famous Mahamaham tank during the Mahamaham festival. Kumbakonam was ruled by the Madurai Nayaks and the Thanjavur Nayaks from 1535 to 1673 when it fell to the Marathas. Each of these foreign dynasties had a considerable impact on the demographics and culture of the region. When the Vijayanagar Empire fell in 1565, there was a mass influx of poets, musicians and cultural artists from the kingdom.

According to the chronicles of the Hindu monastic institution, the Kanchi matha, the matha was temporarily transferred to Kumbakonam in the 1780s following an invasion of Kanchipuram by Hyder Ali of Mysore. When Tipu Sultan invaded the east coast of South India in 1784, Kumbakonam bore the brunt of his invasion. The produce fell sharply and the economy collapsed. Kumbakonam did not recover from the calamity till the beginning of the 19th century.

Kumbakonam was eventually ceded to the British East India Company in 1799 by the Thanjavur Maratha ruler Serfoji II (1777 -1832) and reached the zenith of its prosperity in the late 19th and early 20th century when it emerged as an important center of Brahminism, Hindu religion and European education in the Madras Presidency. The opening of the Suez Canal in 1869 fostered trade contacts with the United Kingdom. In 1877, railway lines were completed linking Kumbakonam with the ports of Madras, Tuticorin and Nagapattinam. The Tanjore district court was established in Kumbakonam in 1806 and functioned from 1806 to 1863.

Kumbakonam continued to grow even after Indias independence though it fell behind the nearby town of Thanjavur in terms of population and administrative importance. The population growth rate began to fall sharply after 1981. This decline has been attributed to limited land area and lack of industrial potential. During the Mahamaham festival of 1992, there was a major stampede in which 48 people were killed and 74 were injured. On July 16, 2004, a devastating fire in the Sri Krishna school killed 94 children. 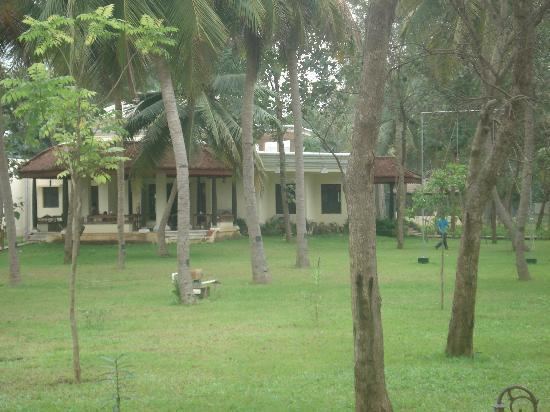 Kumbakonam is located at 10.97°N 79.42°E? / 10.97; 79.42. It is situated 273 km (170 mi) south of Chennai, 96 km (60 mi) east of Tiruchirappalli, and about 40 km (25 mi) north-east of Thanjavur. It lies in the region called the "Old delta" which comprises the north-western taluks of Thanjavur district that have been naturally irrigated by the waters of the Cauvery and its tributaries for centuries in contrast to the "New Delta" comprising the southern taluks that were brought under irrigation by the construction of the Grand Anicut canal and the Vadavar canal in 1934. It has an average elevation of 26 metres (85 ft). The town is bounded by two rivers, the Cauvery River on the north and Arasalar River on the south. 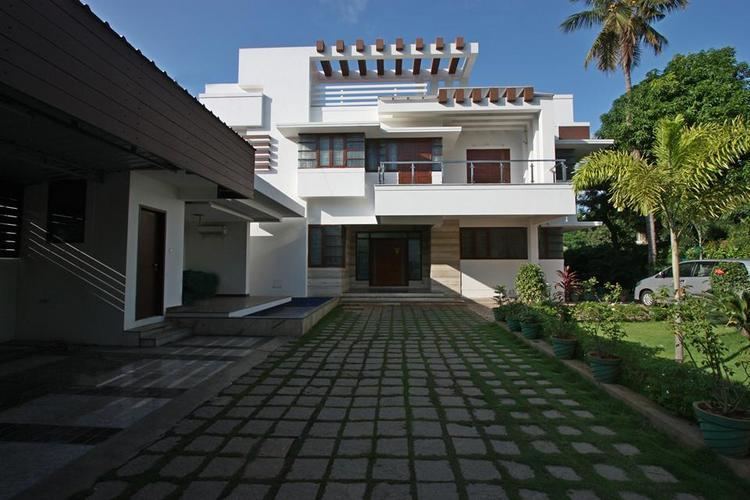 Although the Cauvery delta is usually hot, the climate of Kumbakonam and other surrounding towns is generally healthy and moderate. Kumbakonam is cooler than Chennai, the capital of Tamil Nadu. The maximum temperature in summer is about 40 °C (104 °F) while the minimum temperature is about 20 °C (68 °F). Kumbakonam receives an annual rainfall of 114.78 cm (45.19 in) every year. The region is covered with mainly alluvial or black soil which is conducive for rice cultivation. Other crops grown in Kumbakonam include mulberry, cereals and sugarcane.

The town of Kumbakonam is surrounded by extensive paddy fields. Methods of irrigation were considerably improved following the opening of the Mettur Dam in 1934. The fauna of the Cauvery Delta is limited to cattle and goats. The town is situated at the western flank of the Kumbakonam-Shiyali ridge which runs along the Kollidam river basin separating the Ariyalur-Puducherry depression from the Nagapattinam depression. This granular ridge projects further eastwards penetrating the Puducherry depression and forms a hard layer of cretaceous rock underneath the sedimentary top soil.