Kubot: The Aswang Chronicles 2 is a 2014 Filipino action horror comedy adventure film co-written and directed by Erik Matti.It is the second installment of the Aswang Chronicles franchise and the sequel to the 2012 film Tiktik: The Aswang Chronicles. The film stars Dingdong Dantes reprising his role as Makoy, Joey Marquez as Nestor, along with the new cast members Isabelle Daza, Lotlot de Leon, KC Montero and Elizabeth Oropesa. It is an official entry to the 40th Metro Manila Film Festival and was released on December 25, 2014 in Philippine cinemas. 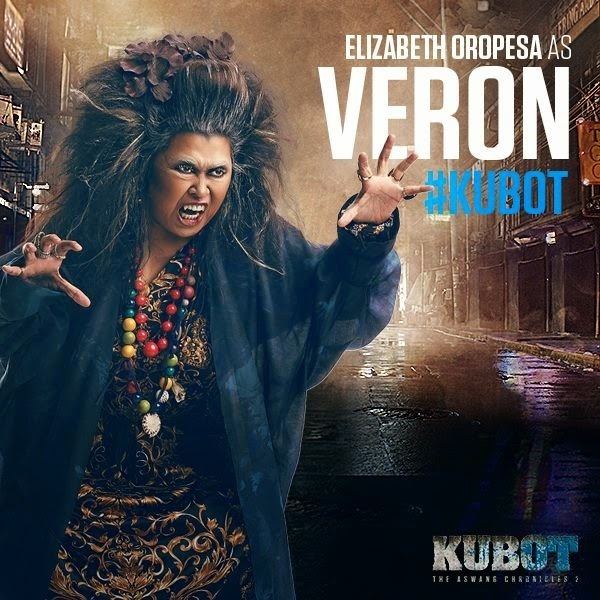 A family of bloodthirsty monsters descends on the city to take revenge on the man that caused the death of so many of their own.

After defeating the Tiktiks in Pulupandan, Makoy returns to Manila, along with Sonia, Nestor, and other survivors of the fight. But along the way, Kubots (hairy bat-like creatures) ambush their jeep and kill Sonia, an act of retribution to avenge the death of the Tiktiks. Makoy also loses an arm in the accident. 2 years later, Nestor, with nowhere to go and no one to live with, lives in Manila with the now-hopeless Makoy. But hope is still there.