Karlovy Vary or Carlsbad ( German: ; is a spa town situated in western Bohemia, Czech Republic, on the confluence of the rivers Ohre and Tepla, approximately 130 km (81 mi) west of Prague (Praha). It is named after King of Bohemia and Holy Roman Emperor Charles IV, who founded the city in 1370. It is historically famous for its hot springs (13 main springs, about 300 smaller springs, and the warm-water Tepla River). It is the most visited spa town in the Czech Republic. 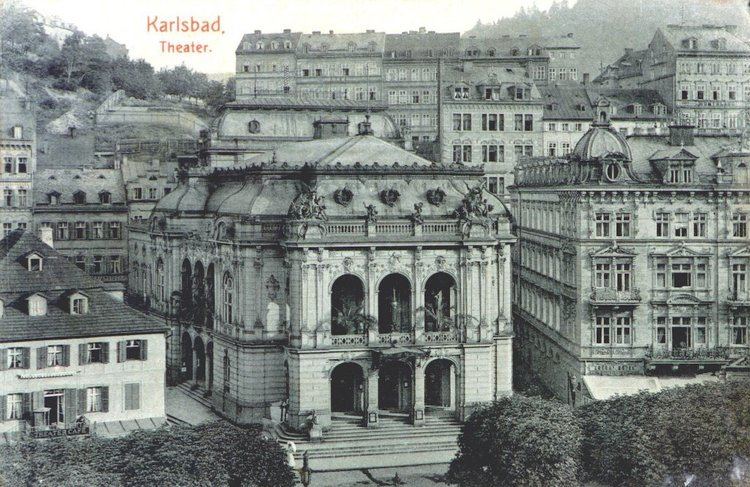 The first Celtic settlers came there before the Middle Ages.

On 14 August 1370, Charles IV, Holy Roman Emperor and Czech king, gave the city privileges to the place that subsequently was named after him. According to legend after he had acclaimed the healing power of the hot springs. However, earlier settlements can be found in the outskirts of todays city.

Due to publications by doctors such as David Becher and Josef von Loschner, the city developed into a famous spa resort, and was visited by many members of European aristocracy. It became popular after the railway lines to Eger (Cheb) and Prague were completed in 1870.

The large German-speaking population of Bohemia was incorporated into the new state of Czechoslovakia in accordance with the Treaty of Saint Germain. As a result, the German-speaking majority of Carlsbad protested. A demonstration on 4 March 1919 passed peacefully, but later that month, six demonstrators were killed by Czech troops after a demonstrations turned unruly.

In 1938, the Sudetenland, including Carlsbad, became part of Nazi Germany according to the terms of the Munich Agreement. After World War II, in accordance with the Potsdam Agreement, the vast majority of the people of Carlsbad were forcibly expelled from the city because of their German ethnicity. In accordance with the Benes decrees, their property was confiscated without compensation.

Before that, the Carlsbad Decrees of 1819 had associated the city with antiliberal censorship within the German Confederation.

Since the fall of the Soviet Union and the end of Communist rule in the Czech Republic, there has been a steady increase of the Russian business presence in Karlovy Vary. 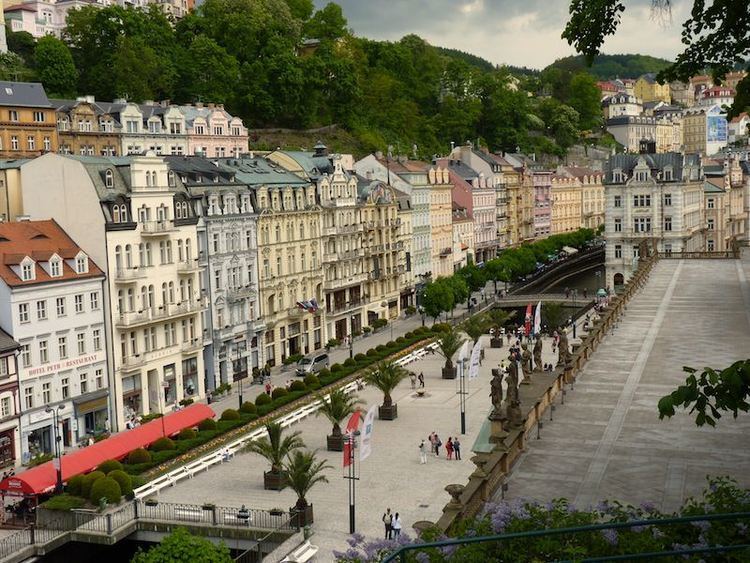 In the 19th century, it became a popular tourist destination, especially known for international celebrities visiting for spa treatment. The city is also known for the Karlovy Vary International Film Festival, which has become one of Europes major film events. And also for the popular Czech liqueur Becherovka. The glass manufacturer Moser Glass is located in Karlovy Vary. The famous Karlovarske oplatky (Carlsbad spa wafers) originated in the city in 1867. The city has also given its name to the delicacy known as "Carlsbad plums". These plums (usually quetsch) are candied in hot syrup, then halved and stuffed into dried damsons; this gives them a very intense flavour.

The city has been used as the location for a number of film-shoots, including the 2006 films Last Holiday and box-office hit Casino Royale, both of which used the citys Grandhotel Pupp in different guises.