Kanpur (   ; formerly Cawnpore) is a city in the state of Uttar Pradesh in India. It is the 5th largest city in India by land area and 10th most populous urban agglomeration. It is the second largest industrial city of the Hindi belt in North India. It is the administrative headquarters of Kanpur Nagar district and Kanpur division and is known as Leather City of the world as it contains some of the largest and finest tanneries in the world. Kanpur is one of North Indias main commercial and industrial centers.

Kanpur is situated on the bank of the Ganges River and has been an important place in the history of modern India. Kanpur was one of the main centers of industrial revolution in India. It was known as Manchester of the East. Towards the end of 19th century, Sir John Burney Allens established a group of companies such as Kanpur Textiles, Cawnpore Woollen Mills (Lal-imli), Flex Shoes Company, Elgin Mills and North Tannery under the banner of British India Corporation having headquarters at Kanpur. In the beginning of the 20th century, Lala Kamlapat established a group of companies such as; J.K. Cotton Mills and J.K. Iron etc. under the banner of J.K. During the same period Sir J. P. Srivastava established New Victoria Mills. The Jaipuria family bought Swadeshi Cotton Mills from the Horsman family and in 1928 Sardar Inder Singh founded Indias first steel re-rolling mill at Singh Engineering which later became one of Indias biggest steel rolling mills. The British Government also established a number of factories like; Aircraft Manufacturing Depot, Kanpur (Now HAL), Ordnance Factory, Kanpur (Manufactured the Nirbheek Revolver) and Parachute Factory in 1886 to supplement their defence requirements. Today Kanpur comprises Ghari detergent, Red Chief Shoes, Red Tape Shoes, Goldie spices, Duncans Industries, innumerous middle scale industries, a hosiery business (which is the second largest in North India) and 500 world famous leather tanneries.

A short journey of kanpur

It has an area of over 605 km2 with an approximate population of 4.2 million inhabitants in its area. It is administratively divided into 6 zones and 110 wards with a ward population range of 19,000 to 26,000. It is the 75th largest city in the world.

Others believe that the name is derived from Karnapur (meaning "town of Karna", one of the heroes of the Mahabharata). Another theory is that it came from the nearby town of Makanpur, earlier known as Khairabad, where the Sufi saint of the Madariya Sufi order, Badiuddin Zinda Shah Madar, settled.

Earlier history of the area 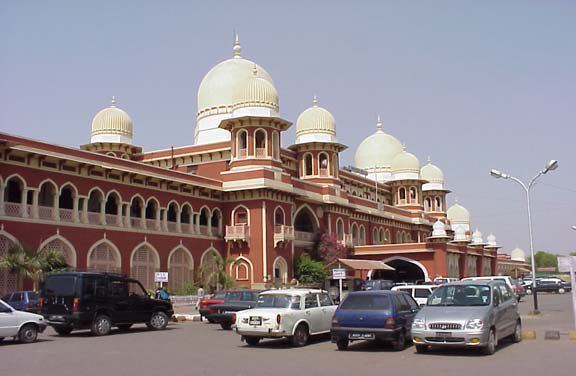 Kanpurs development is unclear until the 13th century. Although no reference to Kanpur is found in written documents before this time, the history of two of its suburbs, Jajmau and Bithoor, can be traced back to pre-13th century times. Bithoor is located about 20 km upstream from the city and is approximately 10 km from the IIT Kanpur campus. Jajmau is about 8 km east of the city and is nearly 20 km downstream from the IIT Campus. According to Hindu mythology, just after creating the universe, Lord Brahma performed the Ashvamedha at Bithoor and established a lingam there. Another legendary site at Bithoor is the Valmiki Ashram, where the famous sage Valmiki is supposed to have written the Sanskrit epic, the Ramayana. According to this epic, Queen Seeta, on being exiled by King Ramachandra of Ayodhya, spent her days in seclusion at the ashram bringing up her twin sons, Lava and Kush.

At Jajmau, there are remains of an ancient fort, now surviving as a huge mound. Recent excavations on this mound indicate that the site is very old, perhaps dating back to the Vedic age. Popular legends state that the fort belonged to Yayati, a king of the ancient Chandravanshi race.

At Ghatampur (Bhitargaon), 45 km from kanpur central there is an ancient temple built in Gupta Era.

At Shivrajpur, 20 km from the Kanpur Central railway station, there is an ancient temple built by Chandel Raja Sati Prasad in memory of his queen. This temple is supposed to have been built in a night and is situated on the banks of the Ganges. This temple is famous for its architectural work and carving designs.

Parihar rulers of Kannauj may have ruled this place for a significant part of history long before the beginning of Mughal era. Some historical accounts suggest Pratihara emperor, Mihir Bhoja, has ruled in Kanpur since nearby Kannuaj was the capital of Parihar.

Nestling on the banks of the River Ganges, Kanpur stands as one of North India’s major industrial centres with its own historical, religious and commercial importance. Believed to have been founded by king Hindu Singh of the erstwhile state of Sachendi, Kanpur was originally known as "Kanhpur". Historically, Jajmau on the eastern outskirts of present day Kanpur, is regarded as one of the most archaic townships of Kanpur district. Up to the first half of the 18th century, Kanpur continued to survive as an insignificant village. Its fate, however, took a new turn soon after. In May 1765, Shuja-ud-daula, the Nawab Wazir of Awadh, was defeated by the British near Jajmau. It was probably at this time that strategic importance of the site of Kanpur was realised by the British. European businessmen had by this time gradually started establishing themselves in Kanpur. In order to ensure protection to their lives and property, the "Awadh local forces" were shifted here in 1778. Kanpur passed into British hands under the treaty of 1801 with Nawab Saadat Ali Khan of Awadh. This forms a turning point in the history of Kanpur. Soon Kanpur became one of the most important military stations of British India. It was declared a district on 24 March 1803. Kanpur was founded by Chandela king Krishnadeo. 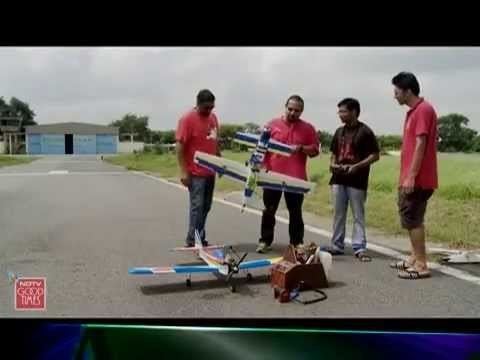 Kanpur was a hotbed of change in the independence and literary movements during the first half of the 20th century. A popular shopping centre is named Navin Market, after the poet Bal Krishna Sharma aka "Navin". Later poets included Gopal Das "Niraj" who wrote songs for Hindi films. Kanpur is also the birthplace of Shyamlal Gupta Parshad’, composer of the famous ditty Vijayee Vishwa Tiranga Pyara. The propagation and popularisation of Hindi also owes much to this city, with great Hindu literatteurs such as Acharya Mahavir Prasad Dwivedi, Ganesh Shankar Vidyarthi, Pratap Narain Mishra and Acharya Gaya Prasad Shukla `Sanehi’. The Agricultural University is named after the revolutionary Chandrashekhar Azad and the Medical College after Ganesh Shanker Vidyarthi; both men spent much time in Kanpur. While Chandrashekhar Azad shot himself when surrounded by a huge posse of British soldiers at Alfred Park, Allahabad, Ganesh Shankar Vidyarthi was killed during the Hindu-Muslim riots of 1931 at Machli Bazar in Kanpur.

About 25 km from Kanpur is Bithoor(Brahmavarta). Legend goes that Sita, the wife of Lord Rama came to live at the ashram of sage Valmiki, after Rama expelled her from Ayodhya. It was here that she gave birth to the twins Lava (Ramayana) and Kusha (Ramayana), and disappeared back into the earth (from where she was born) when confronted by a repentant Rama. Bithoor is also the site of the fort to which Nana Sahib escaped following the British retaking of Kanpur. Today, Bithoor is a tourist spot on the banks of the River Ganges and Kanpur is expanding very fast with new residential complexes sprouting up everywhere. Among festivals Ganga Mela is a unique festival that is celebrated in Kanpur, 5 days after the festival Holi. Colours are thrown and people greet each other before having a dip in the sacred Ganges. Music, dance and poem recitation are organised in the evening. The festival is celebrated in memory of revolutionaries released by British government who were held prisoners during the 1857 revolution. The kanpur is the city of Ganga. 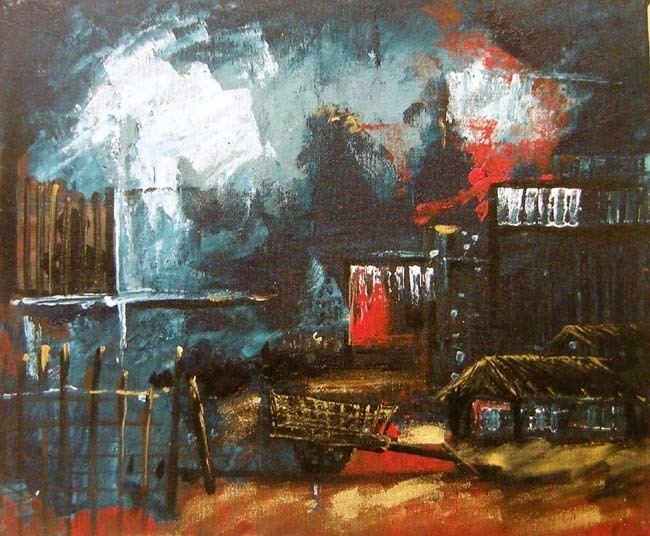 The citys coordinates are 26.4670° North and 80.3500° East. The Government of Uttar Pradesh has carved out the new district of Kanpur Dehat from the old Kanpur Rural district. Kanpur, along with Allahabad and Fatehpur, are part of the Lower Doab, which in antiquity was known as the Vatsa country. It is surrounded by two main rivers of India, the Ganges in the northeast and the Pandu River (Yamuna) in the south. The districts surrounding Kanpur are Hamirpur in the south and Unnao in the north-east. The arid region of Bundelkhand lies just south of Kanpur. Kanpur district along with Kanpur Dehat district lie between the fertile Doab region of the Ganges and Yamuna rivers. The river Yamuna marks the boundary between the Avadh and Bundelkhand regions. Kanpur City comes under the Indo-Gangetic plains of India. There are facilities of clean drinking water. Water comes from Kanpur City by Ganges Barge and there are various pumping stations for providing water to farmers for crops. Kanpur is situated on the right side of river Ganges and left side is Shuklaganj which is in Unnao District but is also the part of Kanpur.

Kanpur has a total GDP (PPP) of 23 billion US$ and it ranks as 9th among top 10 Industrial cities in India followed by Surat. 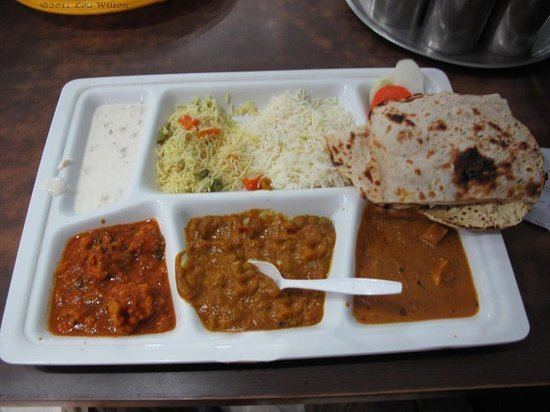 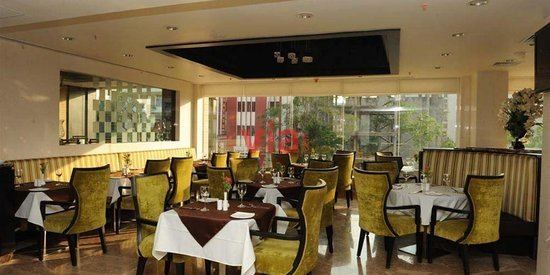 The city is located at the heart of the sugar bowl of India. Kanpur will serve the most variety of sweet dishes than you would get anywhere across the country. The cooking patterns of the city are similar to those of Central Asia, the Middle East, and Northern India as well. The cuisine consists of both vegetarian and non-vegetarian dishes. Kanpur has been greatly influenced by Mughal cooking techniques, and the cuisine of Kanpur bears similarities to those of Kashmir, Punjab and Hyderabad; and the city is famous for its Nawabi foods and Punjabi dishes.

The bawarchis of Awadh gave birth to the dum style of cooking (the art of cooking over a slow fire), which has become synonymous with Kanpur today. Their spread would consist of elaborate dishes like kebabs, kormas, biryani, kaliya, nahari-kulchas, zarda, sheermal, taftan, roomali rotis and warqi parathas. The richness of Awadh cuisine lies not only in the variety of cuisine but also in the ingredients used like mutton, paneer, and rich spices including cardamom and saffron.