Kannada or , ( ಕನ್ನಡ, ) or Canarese/Kanarese , is a Dravidian language spoken predominantly by Kannada people in the South Indian state of Karnataka, and by linguistic minorities in the states of Andhra Pradesh, Telangana, Tamil Nadu, Maharashtra, Kerala and Goa. With roughly 40 million native speakers, who are called Kannadigas , Kannada ranks 33rd in the list of most spoken languages in the world. It is one of the scheduled languages of India and the official and administrative language of the state of Karnataka.

The Kannada language is written using the Kannada script, which evolved from the 5th-century Kadamba script. Kannada is attested epigraphically for about one and a half millennia, and literary Old Kannada flourished in the 6th-century Ganga dynasty and during the 9th-century Rashtrakuta Dynasty. Kannada has an unbroken literary history of over a thousand years.

Based on the recommendations of the Committee of Linguistic Experts, appointed by the Ministry of Culture, the Government of India designated Kannada a classical language of India. In July 2011, a center for the study of classical Kannada was established as part of the Central Institute of Indian Languages at Mysore to facilitate research related to the language. 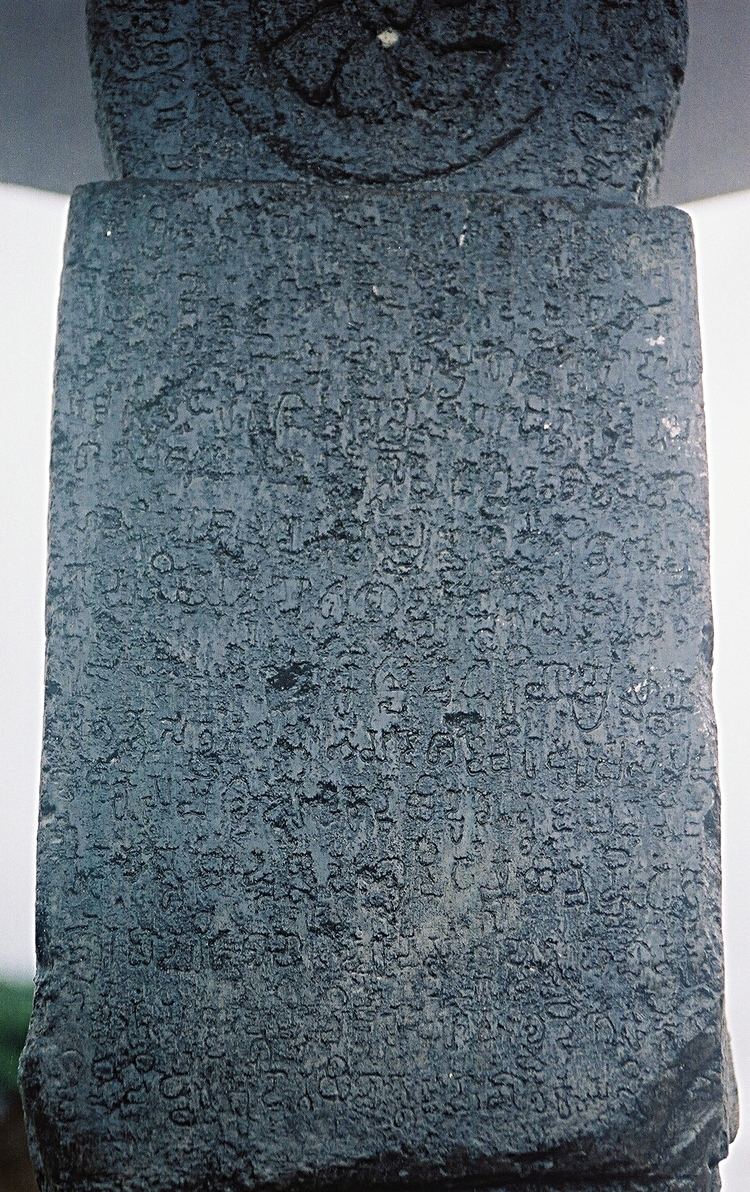 Kannada is a Southern Dravidian language, and according to Dravidian scholar Sanford Steever, its history can be conventionally divided into three periods; Old Kannada (halegannada) from 450–1200 A.D., Middle Kannada (Nadugannada) from 1200–1700 A.D., and Modern Kannada from 1700 to the present. Kannada is influenced to an appreciable extent by Sanskrit. Influences of other languages such as Prakrit and Pali can also be found in Kannada language. The scholar Iravatham Mahadevan proved that Kannada was already a language of rich oral tradition earlier than 3rd century B.C., and based on the native Kannada words found in Prakrit and Tamil inscriptions of that period, Kannada must have been spoken by a widespread and stable population. The scholar K.V. Narayana claims that many tribal languages which are now designated as Kannada dialects could be nearer to the earlier form of the language with lesser influence from other languages.

Although the ingredients differ from one region to another, a typical Kannadiga Oota (Kannadiga meal) includes the following dishes in the order specified and is served on a banana leaf: Uppu (salt), Kosambari, Pickle, Palya, Gojju, Raita, Dessert (Yes, it is a tradition to start your meal with a dessert - Paaysa), Thovve, Chitranna, Rice and Ghee.

After serving ghee to everyone, one may start the meal. This is done to ensure that everyone seated has been served all the dishes completely.

What follows next is a series of soup like dishes such as Saaru, Muddipalya, Majjige Huli or Kootu which is eaten with hot rice. Gojju or raita is served next; two or three desserts are served; fried dishes such as Aambode or Bonda are served next. The meal ends with a serving of curd rice.

There is some diversity in core food habits of North and South Karnataka. While northern-style dishes have jola and rice as the primary cereals the south uses ragi and rice.