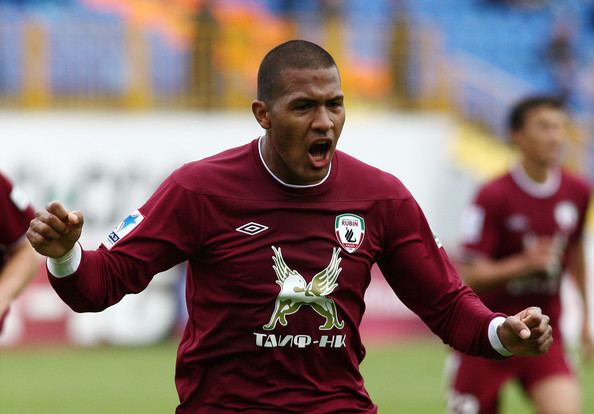 After starting out at Aragua, he went on to spend most of his career in Spain, appearing in La Liga with Malaga, and Russia, winning the 2015 national championship with Zenit.

A Venezuelan international since 2008, Rondon represented his country in two Copa America tournaments. 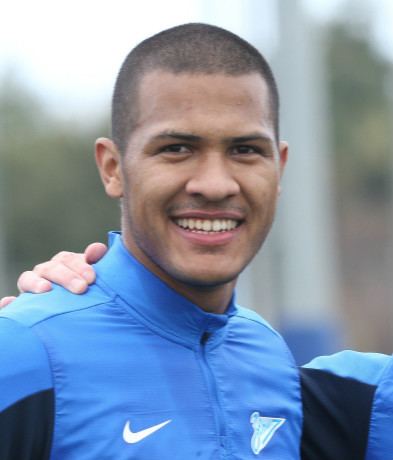 Born in Caracas, Rondon made his debut in the Venezuelan Primera Division at the age of 17, appearing for Aragua FC against Carabobo FC on 8 October 2006. On 8 April of the following year he scored his first goal(s) for the club, in a 2–2 draw against Caracas FC. 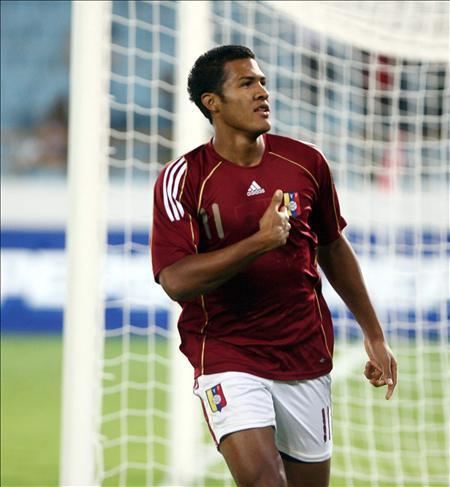 In the summer of 2008 Rondon was signed by UD Las Palmas in Spain, and made his official debut on 5 October in a 1–2 away loss against Deportivo Alaves for the Segunda Division championship. Almost one year after his arrival, on 2 September 2009, he netted his first goal, in a Copa del Rey match against Cadiz CF – becoming the youngest foreign player to ever score for the club, at the age of 19 years, 11 months and 17 days – and finished the 2009–10 season with ten goals in 36 games, as the Canary Islands side barely avoided relegation.

On 19 July 2010, Malaga CF signed Rondon for a record transfer fee of €3.5 million. He scored his first goal for the Andalusians exactly two months later, in a 1–2 home defeat against Sevilla FC in La Liga. Four days later, he opened the score in a 2–0 win at Getafe CF, adding a third the following week in a 2–3 home loss to Villarreal CF.

On 1 May 2011, Rondon contributed with one goal as Malaga came from behind at home to defeat Hercules CF 3–1. That was his 13th goal of the campaign, with which he surpassed the record of goals from a Venezuelan footballer in the Spanish top flight previously held by Juan Arango; the team finally escaped relegation, with the player finishing as its top scorer.

In August 2012 Rondon signed for Russian Premier League team FC Rubin Kazan, for a reported fee of €10 million which made him the most expensive Venezuelan player in history. He made his league debut on the 12th in a 2–0 home win over FC Dynamo Moscow, and he scored his first goal against FC Terek Grozny on 1 September, albeit in a 1–2 home defeat.

Rondon made his first appearance in the UEFA Europa League against Inter Milan, and he scored once in a 2–2 group stage away draw, also playing the entire match. In the second game between the two sides he netted a brace in the final three minutes, helping his team to a 3–0 win.

On 10 March 2013, following the winter break in the Russian Premier League, Rondon scored the only goal of the game as Rubin claimed a home victory over reigning champions FC Zenit Saint Petersburg. In continental competition, he opened up the scoring in the 100th minute of the round-of-16 clash against Levante UD, latching on to a cross from Bibras Natkho as the hosts won it 2–0 in that game and on aggregate.

On 19 April Rondon opened the scoring for Rubin, who could only manage a 1–1 draw at relegation-threatened FC Amkar Perm. In the club's next league match, against PFC CSKA Moscow, he netted the first goal in a 2–0 victory over the league leaders and eventual champions.

On 1 September 2013, Rondon scored a hat-trick in a 3–0 win against recently promoted FC Ural Sverdlovsk Oblast.

On 31 January 2014, Rondon underwent a medical and joined fellow league club Zenit, signing a five-year contract for a fee in the region of £15.8 million. He played his first game for his new team on 25 February, scoring in an eventual 2–1 away win against Borussia Dortmund in the UEFA Champions League's round-of-16 second-leg (4–5 aggregate defeat).

On 6 April 2014, again as a second-half substitute, Rondon scored a rare second-half hat-trick in a 6–2 home routing of former team Rubin. On 20 September he added another three, in a 5–0 win at FC Rostov.

On 10 August 2015, Rondon joined English club West Bromwich Albion on a four-year-deal for a club-record fee of £12 million. He made his debut in the Premier League five days later, replacing Craig Gardner in the 62nd minute of an eventual 0–0 away draw against Watford. On the 23rd he made his first start, at the expense of Tottenham Hotspur-linked Saido Berahino, in a 2–3 home defeat to Chelsea, assisting James Morrison in his first goal and later being brought down by John Terry who received a straight red card.

Rondon scored his first goal for the Baggies on 29 August 2015, netting the game's only in stoppage time of the first half of the away fixture against nine-man Stoke City. On 19 December, he was sent off at the end of a 1–2 home loss to Bournemouth for thrusting his head at Dan Gosling, with teammate James McClean also dismissed in the first half.

Rondon appeared for the Venezuelan under-20s in the 2009 FIFA World Cup in Egypt. He scored four times during the competition – as teammate Yonathan del Valle, with both netting hat-tricks in the 8–0 group stage routing of Tahiti – as the South Americans managed to qualify to the round-of-16.

Previously, on 3 February 2008, 18-year-old Rondon made his debut for the senior team in a friendly with Haiti, scoring his first international goal on 23 March against El Salvador (another exhibition match, another 1–0 win). Selected by manager Noel Sanvicente to the 2015 Copa America, he scored in La Vinotinto's first game of the tournament to help defeat Colombia 1–0. Later that year, he was among 15 national players who threatened to quit the team after the president of the Venezuelan Football Federation accused them of conspiring to get the manager sacked.