John Clemens "Jack" Ryan (born October 6, 1959) is a former investment banker and American politician who was a candidate in the 2004 U.S. Senate race in Illinois. In 2000, he retired as an active partner at Goldman Sachs to teach at Hales Franciscan High School, a private, 4-year Roman Catholic high school located in the Bronzeville neighborhood of Chicago. 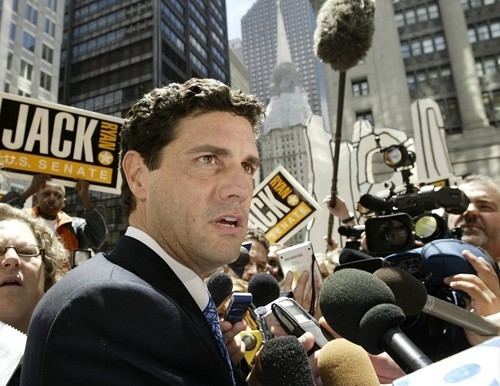 His 2004 campaign for the Senate, against Barack Obama, received widespread media attention for the disclosure of sealed custody documents stemming from his divorce from actress Jeri Ryan. The unsealing of those documents, detailing allegations that Ryan had pressured his wife to perform sexual acts in public, led to Ryan's withdrawal from the campaign. 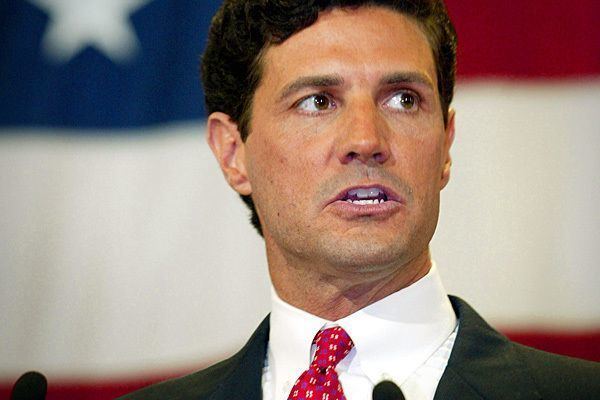 Ryan spent his childhood in Wilmette, Illinois, the son of Helen Marie (Bruns) and Donald Robert Ryan, a managing partner at a trade and clearing house. One of six siblings, he attended New Trier High School. He graduated from high school in 1977 and went on to Dartmouth College, where he graduated summa cum laude and Phi Beta Kappa. He earned his MBA from Harvard Business School, and his JD from Harvard Law School, with honors. After this, he worked at Casa Juan Diego, a refugee camp for Latinos fleeing the Central American civil wars. He worked for Goldman Sachs as an investment banker and eventual partner, first in New York City, and then in the Chicago branch. 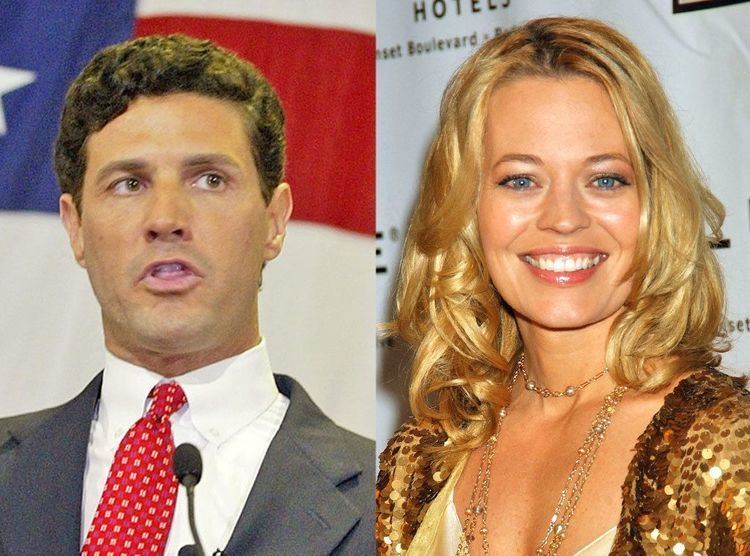 In 2000, after Goldman Sachs went public, Ryan's net worth was in the tens of millions. He retired from Goldman as a partner and taught for three years at a Bronzeville, Chicago, parochial school, Hales Franciscan High School. He left his teaching position to run for the Senate in 2004.

Ryan hoped to succeed retiring Republican Peter Fitzgerald in the United States Senate. On March 16, 2004, he won the Republican primary, thus pairing him against Democrat Barack Obama. However, after his divorce records containing damaging allegations were unsealed and made public, he withdrew his candidacy on June 25, 2004, and officially filed the documentation to withdraw on July 29, 2004.

Controversially, in 2004, Ryan's staff had Justin Warfel (a campaign worker) follow his opponent, Barack Obama, throughout the day and record everything he did in public on videotape. The tactic backfired when Barack Obama and others, including Ryan's supporters, criticized this activity. Ryan's spokesman apologized, and promised that Warfel would give Obama more space. Obama said he was satisfied with Ryan's decision to have Warfel back off.

Ryan married actress Jeri Ryan in 1991; together they have a son, Alex Ryan, born 1994. They divorced in 1999 in California, and the records of the divorce were open but their custody documents were sealed at their mutual request. Five years later, when Ryan's Senate campaign began, the Chicago Tribune newspaper and WLS-TV, the local ABC affiliate, sought to have the records released. On March 3, 2004, several of Ryan's GOP primary opponents urged release of the records. Both Ryan and his wife had agreed to make their divorce records public, but not make the custody records public, claiming that the custody records could be harmful to their son if released. On March 16, 2004, Ryan won the GOP primary with 36 percent to 23 percent against Jim Oberweis, who came in second. Obama won the Democratic primary, with 53 percent to 23 percent against Dan Hynes, who came in second.

On March 29, 2004, Los Angeles Superior Court Judge Robert Schnider ruled that several of the Ryans' custody records should be opened to the public. The following week, on April 2, 2004, Barack Obama called on Democrats not to inject them into the campaign. The Ryan campaign characterized Obama's stance as hypocritical, because people they alleged to be Obama's backers had been emailing reports about the divorce records prior to Judge Schnider's decision, and urging the press to seek to open them.

In May 2004, two polls were conducted statewide. The Chicago Tribune poll found Ryan trailing Obama 52% to 30% while the Sun Times reported that he was trailing Obama 48 percent to 40 percent in the U.S. Senate race, according to a Daily Southtown poll of 500 likely Illinois voters.

On June 22, 2004, after receiving a report from the referee, Judge Schnider released the files that were deemed consistent with the interests of Ryan's young child. In those files, Jeri Ryan alleged that Jack Ryan had wanted her to perform sexual acts with him in public in sex clubs in New York, New Orleans, and Paris, although no sex occurred. Jeri Ryan described one as "a bizarre club with cages, whips and other apparatus hanging from the ceiling." The decision to release these files generated much controversy because it went against both parents' direct request, and because it reversed the earlier decision to seal the papers in the best interest of the child, who had special needs. On the same day, Jim Oberweis, Ryan's defeated opponent in the GOP primary, commented that if the allegations were true, "it would end the candidacy.".

Ryan's campaign indeed ended less than a week after the custody records were opened, and Ryan officially filed the documentation to withdraw on July 29, 2004. The same party leaders who called for Ryan's resignation chose Alan Keyes as Ryan's replacement in the race; Keyes lost to Obama, 27% to 70%.

Subsequent to his withdrawal from the U.S. Senate race in Illinois, Jack Ryan has characterized what happened to him as a "new low for politics in America". According to Ryan, it was unprecedented in American politics for a newspaper to sue for access to sealed custody documents. Ryan opposed unsealing the divorce records of Senator John Kerry during Kerry's race against George W. Bush in 2004, and Kerry's divorce records remained sealed. Ryan subsequently made a statement requesting "Let me be the only person this has happened to. Don’t ask for Ted Kennedy’s. Don’t ask for John McCain’s. Don’t ask for Joe Lieberman’s. Just stop. This is not a good precedent for American society if you really want the best and brightest to run."