Jack Christian Rodwell (born 11 March 1991) is an English professional footballer who plays as a midfielder for Sunderland. Rodwell joined Everton's academy at the age of seven, and made his debut in 2007. He spent five years in the first team before he transferred to Premier League champions Manchester City in 2012. After making only 16 league appearances in two seasons, Rodwell was sold to Sunderland in August 2014. 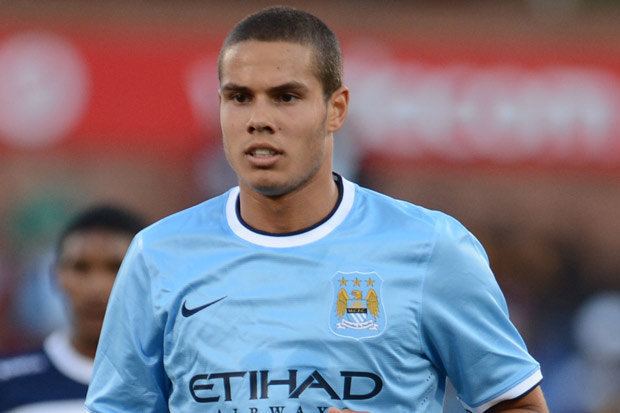 Rodwell has represented England at all levels from under-16 to the senior team. He made his senior international debut as a substitute in a 1–0 win over world champions Spain at Wembley Stadium in November 2011. 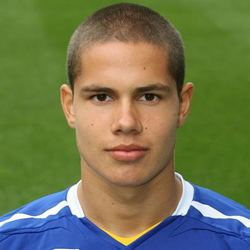 Rodwell was born in Southport, Merseyside. He was educated at Farnborough Road Junior School and Birkdale High School, and was an avid supporter of Everton as a child. Rodwell played for local club Birkdale United during his school years. Rodwell joined the Everton youth system at the age of seven, making his under-18s debut at 14 and his debut for Everton's reserve team at the age of 15. Rodwell then broke a record on his senior debut becoming the youngest player to represent Everton in Europe, when he came on as a substitute against Dutch team AZ at the age of 16 years and 284 days. At youth level Rodwell often played as a centre back but in stepping up to the senior side began to play in midfield. In March 2008, he appeared as a substitute on his Premier League debut – before also featuring as a replacement in the final match of the season, replacing Tim Cahill in a 1–0 victory over Sunderland which he scored in, and signed his first professional contract with Everton on 17 March 2008, after spending six years in the reserve team. He made his first professional start against Blackburn Rovers on 16 August 2008, playing the full 90 minutes. Rodwell scored his first senior goal for Everton in the FA Cup against Aston Villa in February 2009. That same month, he signed a five-year contract with Everton.

At the beginning of the 2009–10 season, Rodwell earned his first start in European competition in a UEFA Europa League match against Czech Republic side Sigma Olomouc. Rodwell marked the occasion by scoring two long-range goals, helping Everton to a 4–0 win. He scored his first Premier League goal in Everton's 3–1 win against Manchester United. At the end of the season Rodwell signed a five-year contract extension with Everton. Although Rodwell is primarily deployed as a defensive midfielder, he was regarded as having the potential to become a top centre back early in his professional career. During the second half of the 2009–10 season, Rodwell became regularly employed in more attacking midfield positions. Rodwell was sent off in the 23rd minute, during the 216th Merseyside derby on 1 October 2011 after making "what appeared to be a legitimate challenge on Suarez", according to the BBC.

In August 2012, Rodwell signed a five-year contract with Manchester City for a fee of £12 million, which could rise to £15 million. He made his debut on 19 August 2012, in a 3–2 win at home to Southampton. He made his away debut on 26 August 2012, coming on as a second half substitute against Liverpool at Anfield in a 2–2 draw. After being out due to injury since October, Rodwell made a successful return to the side on 26 January 2013 in a 1–0 win away to Stoke City in the FA Cup. On the final day of the season, he scored two of Manchester City's goals in a 3-2 defeat to Norwich City, his first goals for the club.

On 5 August 2014, Sunderland announced that Rodwell had signed a five-year contract for an undisclosed fee believed to be around £10 million. On 24 August 2014, Rodwell scored his first goal for the club, equalising for Sunderland in their 1-1 draw with Manchester United at the Stadium of Light. On 1 January 2015, Rodwell scored Sunderland's first goal in a dramatic game with former club Manchester City with the game ending in a 3-2 loss to Sunderland. On 24 January 2015, Rodwell was sent off after receiving two yellow cards in the F.A. Cup fourth round against Fulham, in a match that ended 0-0. His third goal of the season came on 3 March 2015, where he scored the equaliser in a 1-1 draw away to Hull, in a match where he was also booked for simulation.

On 25 August 2015, Rodwell scored two goals and made two assists in Sunderland's 6–3 win over Exeter City in the second round of the 2015–16 Football League Cup.

In December 2006, Rodwell captained the England under-16 side to Victory Shield glory, following a 2–1 victory over Scotland. Four months later, he struck the first winning goal at Wembley Stadium for England in a 1–0 win over Spain. On 25 March 2008, Rodwell scored England under-17s only goal as they drew 1–1 with France in a 2008 UEFA European U17 Football Championship qualifier.

Rodwell made his senior England debut, replacing Phil Jones in the 56th minute of England's 1–0 friendly victory against Spain, in November 2011. He made his first start three days later, in a 1–0 friendly win against Sweden at Wembley Stadium, which saw Rodwell have a number of chances at goal.

On 2 June 2013, Rodwell made his first appearance since 2011, earning his third cap as a substitute, replacing Theo Walcott in the second half of a 2–2 draw against Brazil.

Rodwell is the nephew of former Blackpool footballer, Tony Rodwell.