Although Paul Boray (John Garfield) is a talented violinist, he comes from a poor, working-class background and doesnt have the connections needed to make it in the music world. Woman-about-town Helen Wright (Joan Crawford) does, though, and after seeing him perform, she takes him under his wing, opening doors he couldnt access before. Their relationship soon turns into a romantic one, but the destructive behavior of Helen may be too much for Paul to bear. 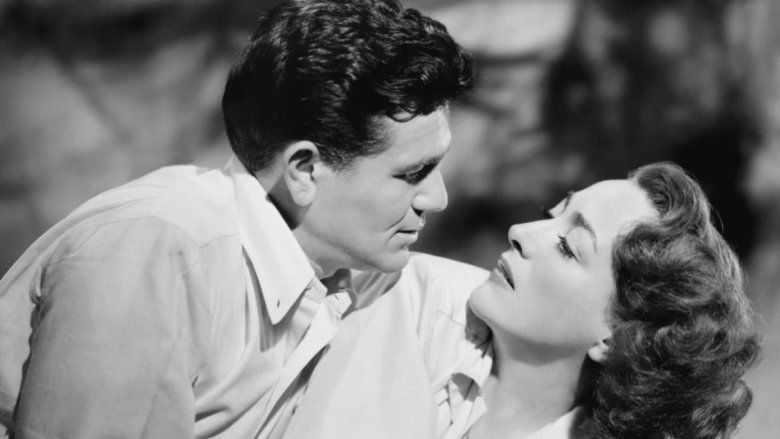 Humoresque is a 1946 Warner Bros. film noir feature film starring Joan Crawford and John Garfield in an older woman/younger man tale about a violinist and his patroness. The screenplay by Clifford Odets and Zachary Gold was based upon a novel by Fannie Hurst. Humoresque was directed by Jean Negulesco and produced by Jerry Wald.

A classical musician from the slums is sidetracked by his love for a wealthy, neurotic socialite. 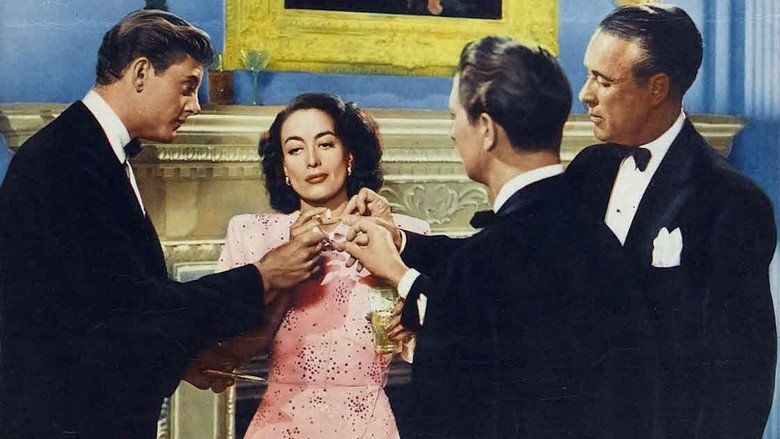 In New York City, a performance by noted violinist Paul Boray (John Garfield) is cancelled. At his apartment, Boray is at rock bottom emotionally. His manager Frederic Bauer (Richard Gaines) is angry with him for misunderstanding what a performing career would be like, and for thinking that music is no longer part of his life. To the more sympathetic Sid Jeffers (Oscar Levant), Boray says he has always wanted to do the right thing, but has always been "on the outside, looking in," and cannot "get back to that happy kid" he once was.

In the past, young Paul (Bobby Blake) is choosing a birthday present in a suburban New York Variety store run by Jeffers (Harlan Briggs). He rejects as childish the suggestions of his father "Papa" Rudy (J. Carrol Naish), a grocery store owner, but settles on a violin, which his father rejects as unsuitable; his price limit is $1.50. Esther, his mother (Ruth Nelson), sympathetic at this stage, buys the $8 violin for the boy. 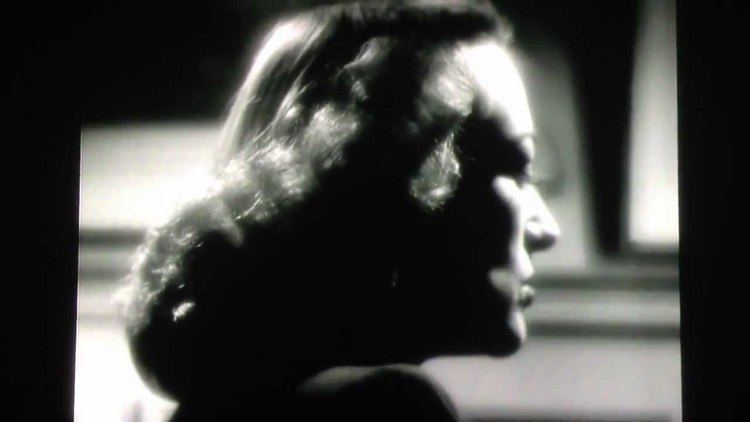 A transition from his faltering first steps to being a gifted young violinist follows. On 15 October 1930, he overhears his father Rudys dismissal of his chances, and the frustration of his brother Phil (Tom DAndrea) in finding a job. He resolves to go out on his own and not be dependent on his family. He finds a job with locally broadcast orchestra in which Sid Jeffers is the pianist. 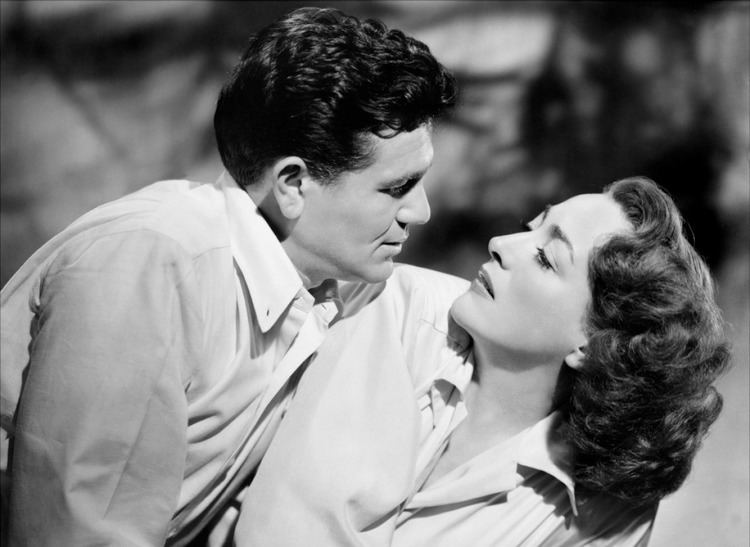 At a party, Paul meets the hostess Helen Wright (Joan Crawford), a patroness in a loveless marriage with an ineffectual aging husband Victor (Paul Cavanagh), her third. Helen is a self-centered, adulterous woman who uses men as sexual playthings and is initially baffled by the strong-willed and independent Boray. After being rude to him at the party, she sends a golden cigarette case to his home the next day. "Papa" Boray is impressed, but Pauls mother is now suspicious. 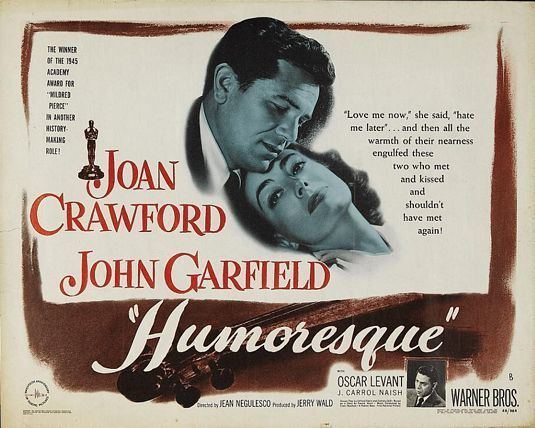 Helen seems at first interested in his talent rather than Boray as a person, though Boray is quick to press her on the second issue. He gains a manager, Bauer, from her connections, and is now in love with her. On the beach, near the Wrights Long Island home, he reaches out to Helen after a swim, but she runs away; later in the evening she falls off a horse and he kisses her, but Helen does not want to be touched and wishes to be left alone by Paul. 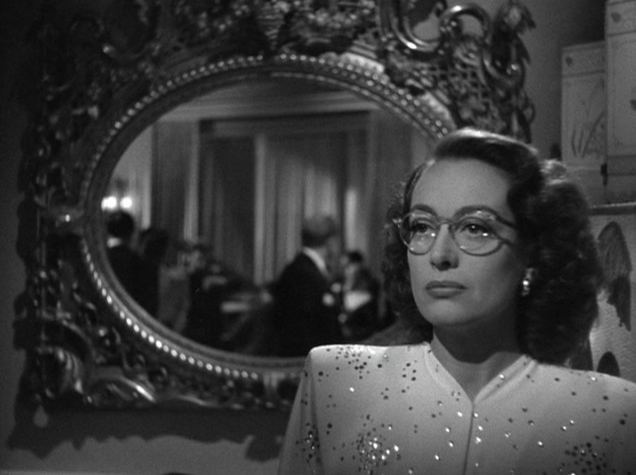 After a shot of ocean waves, everything is different. Helen warns him he might be sorry love was ever invented, but admits she cannot fight him any longer, and is in love with him. Waiting at home, Esther (Ruth Nelson), his mother, is not fooled by his denials, and points out a missed date with Gina Romany (Joan Chandler), also a musician and his long-time sweetheart. Esther had earlier overheard Victors putdown of Paul as a "savage" after a concert. 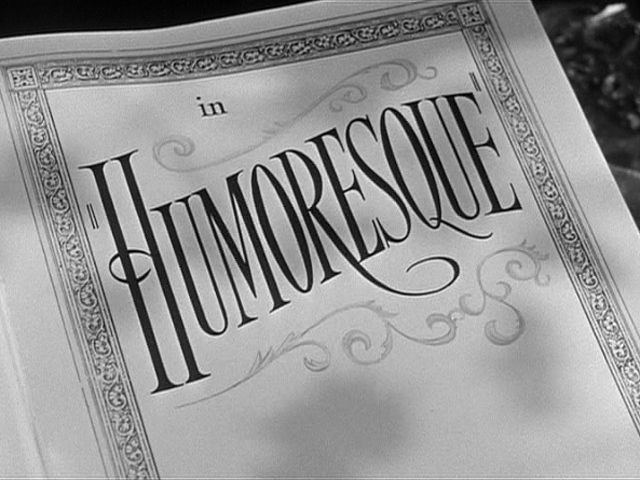 After a tour across America that takes several months, he has lunch with Gina. Sid arrives with Helen, who is immediately jealous. After a scene in Teddys Bar, in which Helen smashes her drink ("What Is This Thing Called Love?" is performed by Peg La Centra in the background), she is angry with Paul at being neglected. Paul points out her married status, but Helen urges him to let her become more involved in his career. 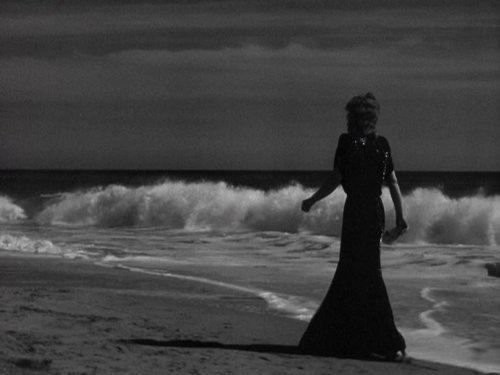 At his new apartment containing numerous photographs of Helen, he confesses his love for her to his mother. Disquieted by rumors he has heard, Victor asks his wife for a divorce. He is suspicious of her real intentions, but Helen admits this is first time she has known real love. 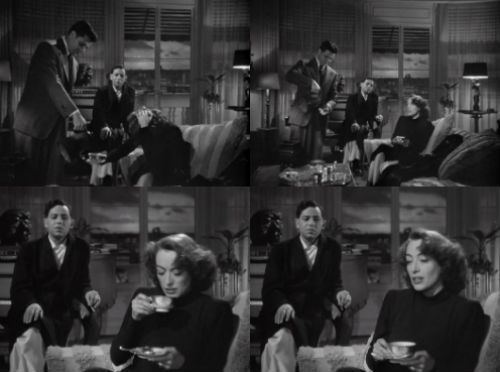 At a rehearsal, Paul is passed a note from Helen claiming good news. She asks to see him immediately, but he crumples the note and continues with the rehearsal of the Carmen Fantasie (adapted for the film by Franz Waxman from Bizets Carmen). At Teddys Bar, Helen becomes increasingly drunk, and is unable to tolerate the house pianist performing "Embraceable You". Paul arrives to take her home. This time, it is Helen who is cool; she repeatedly does not really hear his stated wish to marry her.

Helen listens to Boray play his transcription of Wagners Liebestod on the radio. Recalling her husbands words, Helen realizes her dissolute past can only taint his future, and then walks to her death in the nearby ocean; in her jaded mind, this is the only logical resolution to their problems. Paul, distraught, is comforted by the loyal Jeffers.

Returning to the opening scene, Paul asks Jeffers to tell Bauer not to worry. He is not running away.

The music of humoresque

The movie is the second adaptation of the novel, the first being a 1920 silent version directed by Frank Borzage. It was Crawfords first film after her Oscar-winning role in Mildred Pierce, and her third for Warner Bros, after being dropped by MGM. Costumes for Humoresque were designed by Adrian and Bernard Newman.

During an August 15, 1973 appearance on The Tonight Show, Robert Blake stated he had been unable to generate tears during one of his scenes. John Garfield cleared the set and began to tell him about his own childhood, his mothers death and growing up on the streets in the Bronx. It had the desired effect on the young Blake and he was able to complete the scene.

Franz Waxman orchestrated and conducted the score which features selections by Antonin Dvorak and Richard Wagner, Rimsky-Korsakovs Flight of the Bumble Bee, Bizets Carmen, and Edouard Lalos Symphonie Espagnole. Isaac Stern served as musical advisor, and the film includes close-ups of his hands playing the violin.

Bosley Crowther in The New York Times of December 26, 1946 observed, "[T]here is certainly nothing humorous about the lachrymose Humoresque . . . . It is rather a mawkish lamentation upon the hopelessness of love between an art-dedicated violinist and a high-toned lady who lives for self alone. . . . [T]he Warner Brothers have wrapped this piteous affair in a blanket of soul-tearing music which is supposed to make it spiritually purgative. . . . The music, we must say, is splendid—and, if you will only shut your eyes so that you dont have to watch Mr. Garfield leaning his soulful face against that violin or Miss Crawford violently emoting, . . . you may enjoy it very much."

In 1998, pop star Madonna released a video for her single The Power of Good-Bye which was based on several scenes from the movie.