Ravinder Kapoor (15 December 1940 – 3 March 2011), popularly known as Goga Kapoor, was an Indian film actor, who appeared mostly in Bollywood films. He had played supporting roles of that of villain's henchmen or that of gangster. He is mostly remembered as Kans in the TV serial Mahabharat, Daku Shaitan Singh in the film Toofan, Dinkar Rao in the film Agneepath and as the Don in the film Kabhi Haan Kabhi Naa. His other notable works include films like Qayamat Se Qayamat Tak and Run. 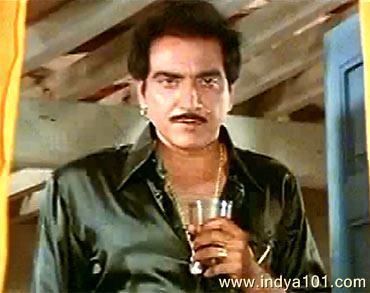 Kapoor worked in many English plays during early days. He became a theatre actor but soon his acting skills were recognized and he was offered a small but crucial role in Jwala which was released in 1971. Soon, he started receiving many regional film offers but finally he stopped working in regional films. After two years, he came back to Bollywood with the film Ek Kunwari Ek Kunwara in which he again played a negative role. After this, he mainly portrayed villainous roles. He acted in successful epic serial Mahabharat. His last film was Darwaaza Bandh Rakho.