Gao is a city in Mali and the capital of the Gao Region. The city is located on the River Niger, 320 km (200 mi) east-southeast of Timbuktu on the left bank at the junction with the Tilemsi valley.

For much of its history Gao was an important commercial centre involved in the trans-Saharan trade. In the 9th century external Arabic writers described Gao as an important regional power and by the end of the 10th century the local ruler was said to be a Muslim. Towards the end of the 13th century Gao became part of the Mali Empire, but in first half of the 15th century the town regained its independence and with the conquests of Sonni Ali (ruled 1464–1492) it became the capital of the Songhai Empire. The Empire collapsed after the Moroccan invasion in 1591 and the invaders chose to make Timbuktu their capital. By the time of Heinrich Barths visit in 1854, Gao had declined to become an impoverished village with 300 huts constructed from matting. In 2009, the urban commune had a population of 86,633.

On 31 March 2012, Gao was captured from Malian government forces by National Movement for the Liberation of Azawad (MNLA) and Ansar Dine rebels. After the additional captures of Kidal and Timbuktu, on 6 April, the MNLA declared the region independent of Mali as the nation of Azawad and named Gao its capital. The MNLA lost control to Islamist militias after the Battle of Gao on 26 and 27 June 2012. On 26 January 2013, the city was recaptured by French military forces as part of Opération Serval. 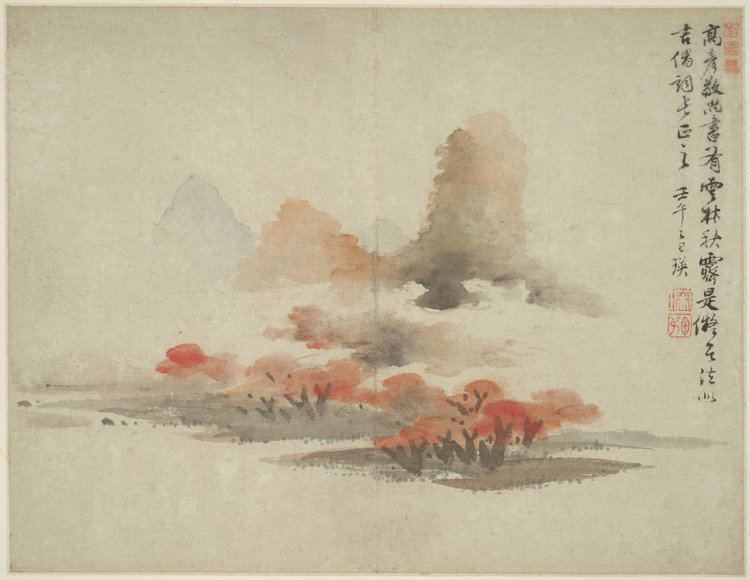 Gao is located on the eastern bank of the Niger River at the junction with the Tilemsi Valley. The sprawling town is the largest in eastern Mali. It is connected to the capital, Bamako at the western end of Mali, by 1200 km of paved road. In 2006 the Wabaria bridge was inaugurated to replace the ferry service across the Niger. The bridge was constructed by the China State Construction Engineering Corporation and financed by the Islamic Development Bank and the Malian government.

The town is strategically placed with road links (unpaved) to the desert Kidal Region to the north and to Niamey, the capital of Niger, to the south. The road to the south runs along the left bank of the river. The town of Ansongo is 103 km from Gao. The border with Niger is just south of the village of Labbezanga, a distance of 204 km.

There are also seasonal ferry services on the Niger River. A service between Gao and Koulikoro, a distance of 1380 km, is managed by the Compagnie Malienne de Navigation (COMANAV). It usually operates from the end of July, after the annual rains when there is sufficient water in the river, until mid November. Smaller boats are able to operate for a longer season between Bourem and Ansongo.

The history of the Gao Empire precedes that of the Songhay Empire in the region of the Middle Niger. Both empires had the town of Gao as their capital. Apart from some Arabic epitaphs on tombstones discovered in 1939 at the cemetery of Gao-Saney (6 km to the east of the city) there are no surviving indigenous written records that date from before the middle of the 17th century. Our knowledge of the early history of the town relies on the writings of Arabic geographers living in Morocco, Egypt and Andalusia, most of whom never visited the region. These authors referred to the town as Kawkaw or Kuku. The two key 17th century chronicles, the Tarikh al-Sudan and the Tarikh al-fattash, provide information on the town at the time of the Songhay Empire but they contain relatively little on the social and economic history. The chronicles do not, in general, acknowledge their sources. Their accounts for the earlier periods are almost certainly based on oral tradition and for events before the second half of the 15th century they are likely to be less reliable. For these earlier periods the two chronicles sometimes provide conflicting information. 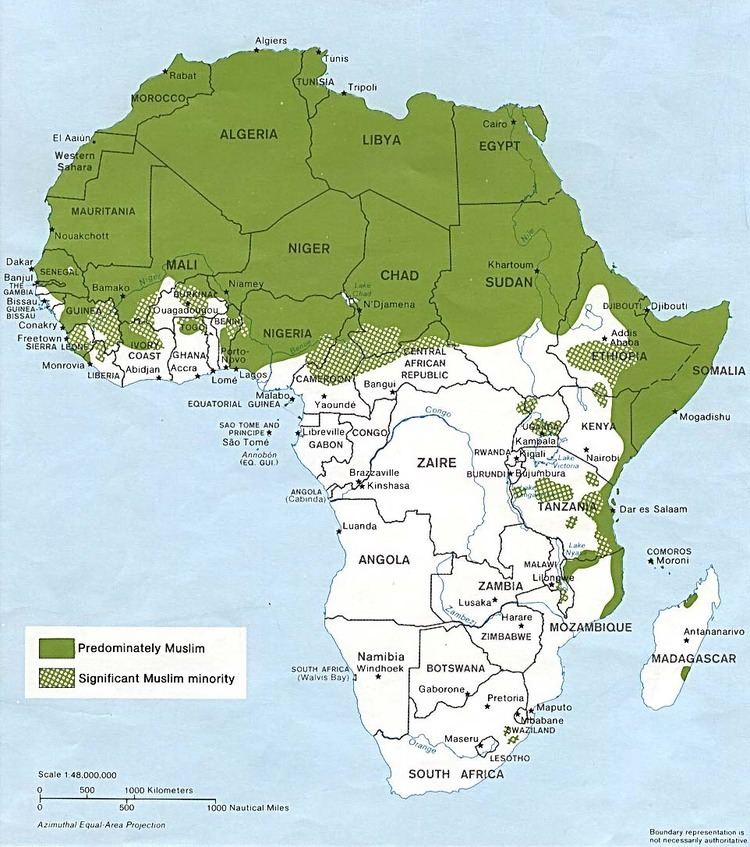 The earliest mention of Gao is by al-Khw?rizm? who wrote in the first half of the 9th century when Gao was already an important regional power. Al-Yaqubi wrote in his Tarikh in around 872:

There is the kingdom of the Kawkaw, which is the greatest of the realms of the S?d?n, the most important and most powerful. All the kingdoms obey its king. Al-Kawkaw is the name of the town. Besides this there are a number of kingdoms of which the rulers pay allegiance to him and acknowledge his sovereignty, although they are kings in their own lands.

Ibn al-Faqih (writing c. 903) mentions a caravan route from Egypt to ancient Ghana via Kawkaw, but Ibn Hawqal (writing c. 988) states that the old route from Egypt to the Sudan was abandoned in the reign of the Egyptian ruler Ibn Tulun (ruled 868–884) as some of the caravans were attacked by bandits while others were overwhelmed by the wind-blown sand. The more direct route was replaced by one that went to Sijilmasa before heading south across the Sahara. In the 10th century Gao is already Muslim and is described as consisting of two separate towns. Al-Muhallabi, who died in 990, wrote in a lost work quoted in the biographical dictionary compiled by Yaqut:

Their king pretends before his subject to be a Muslim and most of them pretend to be Muslims too. He has a town on the Nile [Niger], on the eastern bank, which is called Sarn?h, where there are markets and trading houses and to which there is continuous traffic from all parts. He has another town to the west of the Nile [Niger] where he and his men and those who have his confidence live. There is a mosque there where he prays but the communal prayer ground is between the two towns.

The archaeological evidence suggests that there were two settlements on the eastern bank of the Niger: Gao Ancien situated within the modern town, to the east of the Tomb of Askia, and the archaeological site of Gao-Saney (Sané in French) situated around 4 km to the east. The bed of the Wadi Gangaber passes to the south of the Gao-Saney occupation mound (tell) but to the north of Gao Ancien. The imported pottery and glass recovered from Gao-Saney suggest that the site was occupied between the 8th and 13th centuries. It is possible that Gao-Saney corresponds to Sarn?h of al-Muhallabi. Al-Bakri writing in 1068 also records the existence of two towns, but al-Idrisi writing in around 1154 does not. Both al-Muhallabi (see quote above) and al-Bakri situate Gao on the west (or right bank) of the Niger. The 17th century Tarikh al-fattash also states that in the 10th century Gao was situated on the Gourma side (i.e. the west bank) of the river. A large sand dune, La Dune Rose, lies on the west bank opposite Gao, but at Koima, on the edge of the dune at a site 4 km north of Gao, surface deposits indicate a pre 9th century settlement. This could be the west bank Gao mentioned by 10th and 11th century authors. The site has not been excavated.

Al-Sadi in his Tarikh al-Sudan gives a slightly later date for the introduction of Islam. He lists 32 rulers of the Zuwa dynasty and states that in 1009–1010 A.D. the 15th ruler, Zuwa Kusoy, was the first to convert to Islam. He does not actually specify where they lived except for the legendary founder of the dynasty, Zuwa Alayman who he claims came from the Yemen to Kukiya.

Towards the end of the 13th century Gao lost its independence and became part of the expanding Mali Empire. What happened to the Zuwa rulers is not recorded. Ibn Battuta visited Gao in 1353 when the town formed part of the Mali Empire. He arrived by boat from Timbuktu on his return journey from visiting the capital of the Empire:

Then I travelled to the town of Kawkaw, which is a great town on the N?l [Niger], one of the finest, biggest, and most fertile cities of the S?d?n. There is much rice there, and milk, and chickens, and fish, and the cucumber, which has no like. Its people conduct their buying and selling with cowries, like the people of M?l?.

After staying a month in the town, Ibn Battuta left with a caravan for Takedda and from there headed north back across the Sahara to an oasis in Tuat with a large caravan that included 600 slave girls.

Sometime in the 14th century, Ali Kulun, the first ruler of the Sunni dynasty, rebelled against the Malian hegemony but the Malians were able to regain control. It was not until the first half of the 15th century that Sunni Sulayman Dama was able to throw off the Malian yoke. His successor, Sunni Ali Ber (1464–1492), greatly expanded the territory under Songhay control and established the Songhay Empire. He made Gao his capital.

Leo Africanus visited Gao sometime between 1506 and 1510 when the town was ruled by Askiya Muhammad I, the first ruler of the Askiya dynasty. He observed that the large town lacked a surrounding wall and was full of rich merchants.

The town is very civilized compared to Timbuktu. Bread and meat are abundant, though you cannot find wine or fruits. Actually, melons, cucumbers, and excellent squash are plentiful, and there are enormous quantities of rice. There are many sweet water wells. There is a square where on market days huge numbers of slaves are sold, both male and female. A young girl of fifteen is worth about six ducats, and a young man almost as much; small children are worth about half as much as grown slaves.

Towards the end of the 16th century, Gao controlled an empire that extended for over 1,400,000 km2, an area comparable in size to the modern state of Mali. The Tarikh al-fattash reports that a survey conducted during the reign of Askiya Al-Hajj (1582–1586) found that there were 7,626 houses without counting the huts made of straw. Assuming each house was occupied by an average of 6 people, this would imply a population of around 45,000.

The Moroccan invasion of 1591 led to the collapse of the Songhay Empire. The invaders chose to make Timbuktu their capital and the importance of Gao declined. The German explorer Heinrich Barth visited Gao in 1854 on his return journey from Timbuktu. He found a village of about 300 huts constructed of matting and grouped in clusters. The inhabitants were very poor and had only a few boats as they lacked wood for their construction. The site of the ancient town was overgrown with Capparis decidua bushes.

The town remained small until French rule was imposed in the early twentieth century, expanding the port and establishing a colonial base. 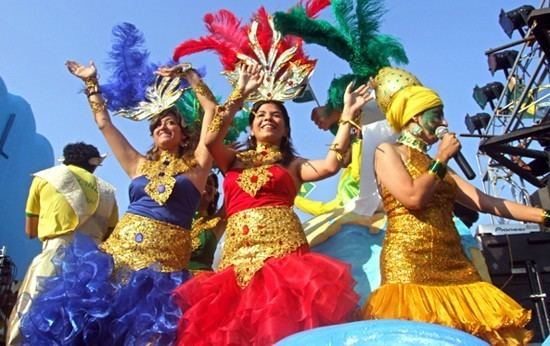 The population of Gao mostly speak Songhay but includes many ethnicities, including the Bozo (traditionally nomadic river dwellers), Fulfulde/Fulani cattle keepers, and Tuareg nomads, as well as Bambara peoples from western Mali.

The seventh Festival des arts et cultures songhay was celebrated in February 2007 at Gao, reflecting the citys importance as a Songhay cultural capital.