Florianopolis is the capital city and second largest city of Santa Catarina state in the Southern region of Brazil. It is composed of one main island, the Island of Santa Catarina (Ilha de Santa Catarina), a continental part and the surrounding small islands. It has a population of 421,203, according to the 2001 Brazilian census, the second most populous city in the state (after Joinville), and the 47th in Brazil. The metropolitan area has an estimated population of 1,096,476, the 21st largest in the country. The city is known for having a very high quality of life, being the Brazilian capital city with the highest Human Development Index score (0.905).

The economy of Florianopolis is heavily based on information technology, tourism and services. The city has 42 beaches and is a center of surfing activity. The New York Times reported that "Florianopolis is the Party Destination of the Year in 2009." Newsweek placed Florianopolis in the "Ten most dynamic cities of the world" list in 2006. Veja, a Brazilian publication, named the city as "the best place to live in Brazil." As a result of this exposure, Florianopolis is growing as a second home destination for many Paulistas, Argentines, North Americans, and Europeans.

Most of the population lives on the mainland and on the islands central and northern parts. The southern half is less inhabited. Many small commercial fishermen populate the island. The fishing boats, the lacemakers, the folklore, the cuisine and the colonial architecture contribute to the growing tourism and attracts resources that compensate for the lack of any large industry. Villages immersed in tradition and history, such as Santo Antonio de Lisboa and Ribeirao da Ilha still resist the advances of modernity. 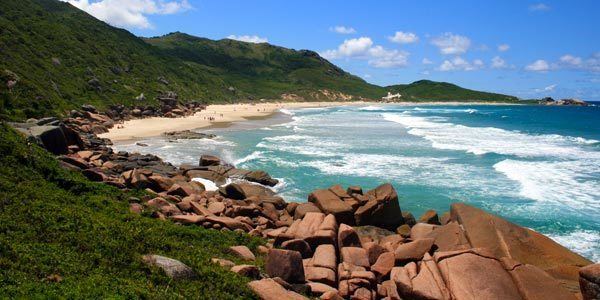 Florianopolis experiences a warm humid subtropical climate, falling just short of a true tropical climate. The seasons of the year are distinct, with a well-defined summer and winter, and characteristic weather for autumn and spring. Frost is infrequent, but occurs occasionally in the winter. Due to the proximity of the sea, the relative humidity of the atmosphere is 80% on average. 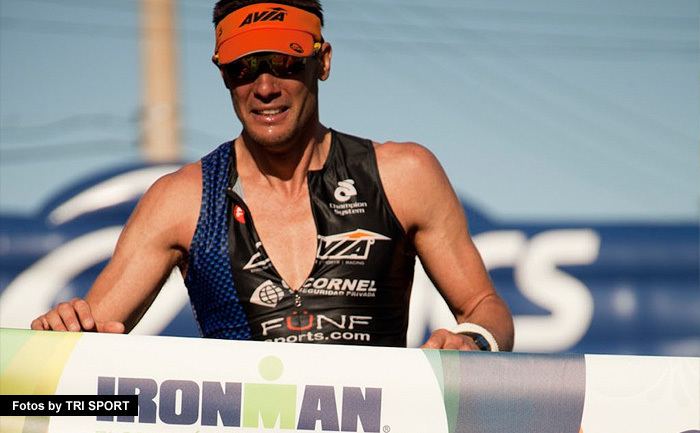 Carijos Indians, a Tupi people, were the first inhabitants of Florianopolis area. The traces of its presence are verified through archaeological sites and sambaquis dating up to 4000 years ago. The Indians called the place Meiembipe or "mountain along the channel". 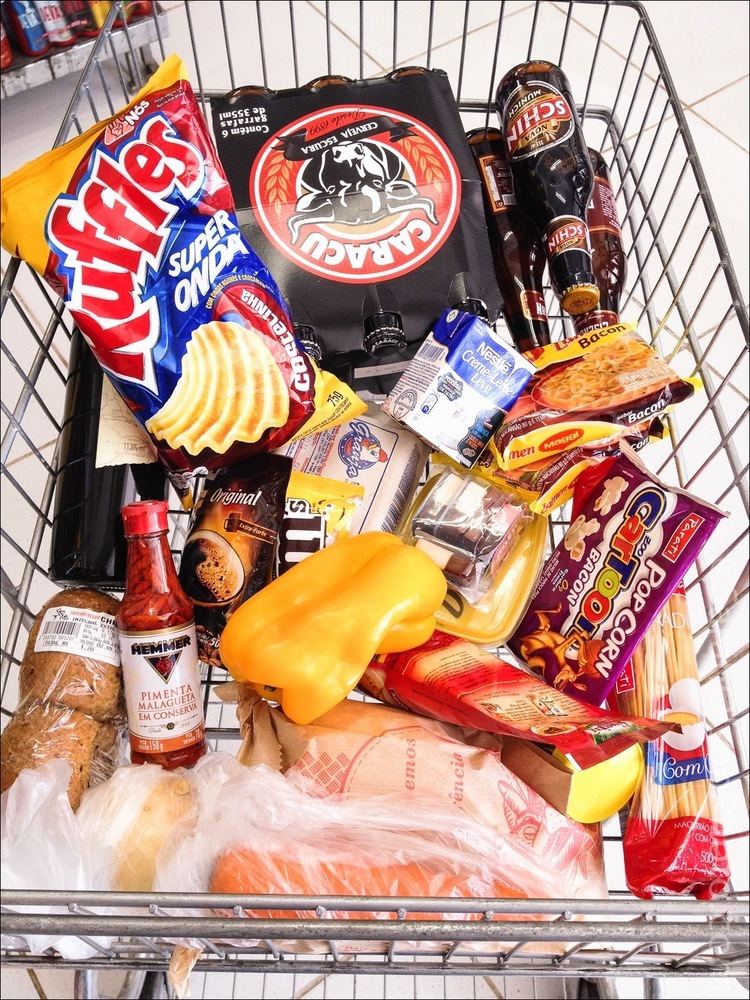 Around 1514 the Portuguese landed and gave the area the name Ilha dos Patos, but in 1526 it was renamed Ilha de Santa Catarina (Saint Catherine Island). The area supplied the vessels that went to the River Plate (Rio de la Plata) Basin.

The official settlement of the island began in 1673 with the arrival of bandeirante Francisco Dias Velhos agricultural company and it continued in 1678 with the construction of a chapel consecrated to Nossa Senhora do Desterro. At this time a villa began to take form, slowly becoming a colonial settlement.

From this date on Vila do Desterro and mainly the port began to have a strategic function because it was situated halfway between Rio de Janeiro and Buenos Aires, possibly two of the largest seaside cities of South America at that time. For this reason in 1739 the Capitania da Ilha de Santa Catarina was created and Desterro became its capital. Soon the most expressive seaside defensive ring of Southern Brazil started to be built: Santa Cruz, Sao Jose da Ponta Grossa, Santo Antonio and Nossa Senhora da Conceicao da Barra do Sul fortresses.

With the coming of the Captaincy the population began to grow, but the great population growth happened between 1747 and 1756 with the arrival of about 6,000 settlers coming from the Archipelago of Azores and from Madeira Island. The development of the agriculture, the cotton and linen industry and the commerce followed the Azorean occupation. In 1823, during the monarchy which ended in 1889, Desterro became the Capital of Santa Catarina Province opening a period of prosperity with many urban works and also intense political organization.

Regional elites not happy with the government centralization staged the Revolta Federalista (Federalist Revolt) at the beginning of the Brazilian Republic. The movement that started in Rio Grande do Sul spread to Santa Catarina and turned Desterro into the Federalist Capital of the Republic. The then president of Brazil, Marechal Floriano Peixoto, known as Iron Marshal, suppressed the rebellion and ordered the shooting of many people who were considered enemies of the state, in the Anhatomirim Island Fortress. Possibly to show loyalty to the marshal, 1893 saw the change of the state capitals name: from Desterro to Florianopolis, that is to say, city of Floriano.

According to 2002 Sefaz statistics, agricultural activities represented 0.05%, manufacturing represented 3.41% and the sector of the commerce and service 96.54%. 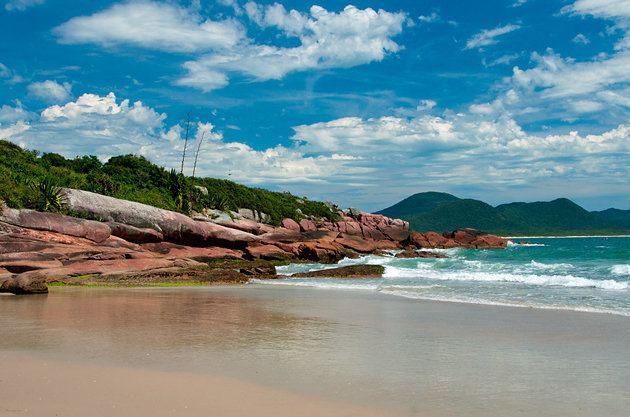 The island is connected to the Continent by three bridges. The Hercilio Luz Bridge was built over 70 years ago and is now closed to traffic; it is a symbol of the island and often appears on postcard images. The Colombo Sales Bridge and Pedro Ivo Bridge are the ones open to traffic. 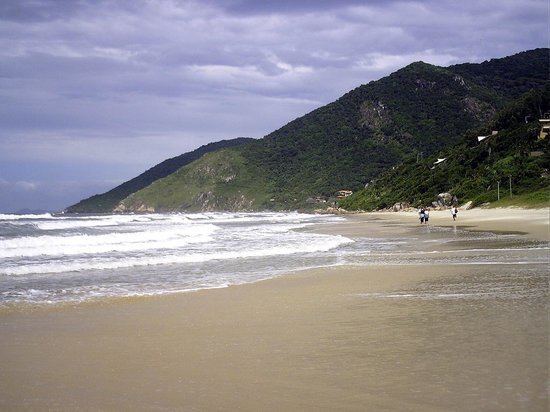 Florianopolis is one of the locations for the ASP World Tour of the Association of Surfing Professionals, which classifies 50 competitors, among professionals and amateurs. The state of Santa Caterina is the only location in South America for this surfing event.

Santa Catarina Art Museum is located in the city.

The Holy Spirit Feast (Festa do Divino) is a festival that takes place 40 days after Easter. The celebration dates to the colonial era and includes a parade, music, and street food.

One of the most famous beaches is Praia Mole, noted for its rolling green hills and rock formations on either side.

Barra da Lagoa This is the world famous "Bunny Slope" of Surfing. It is home to world champion Jacqueline Silva and 2 kilometres (1.2 mi) from Praia Mole which usually hosts the WCT Surfing Championships. Barra da Lagoa is a quaint fishermans village but the physical characteristics of the beach make it the perfect place to learn to surf. It is a cove on the Eastern part of the island and stretches into Mocambique beach for 15 kilometres (9.3 mi). It is in a natural setting as there are no huge hotels on the beach and the Southern headquarters of Projeto TAMAR (Save the Turtles) is located here. Penguins routinely swim into the canal and near the beach of Barra da Lagoa during the colder winter months of June, July and August. The canal at Barra da Lagoa connects the Lagoa da Conceicao with the open sea. It is not uncommon to view pescadores (fishermen) during the night tossing their nets in the lagoa to catch shrimp they sell to the fresh fish restaurants in this community.

Ingleses Beach (Praia dos Ingleses) Even though it is a beach preferred by tourists, Ingleses still keeps to the traditions of the Azorian colonizers. In the summer, it is one of the top beach destinations of Argentine tourists, second only to Canasvieras. In the winter, mullet fishing, religious celebrations and regional festivities are beautiful demonstrations of the local culture. The dunes separating the Ingleses Beach (English Beach) from the Santinho Beach are natural attractions not to be missed. The practice of sand board is quite common there, a sport created in Florianopolis, which consists of sliding down the dunes on a board, engaging or not in radical manoeuvres. To practice it, one must have a lot of balance and rent a board. Those looking for a different outing can go on a trek of 4 kilometres (2.5 mi) over the dunes.

Armacao Beach (Praia da Armacao) The SantAnna Church, built by the Armacao fishing company, is part of the beachs history. It was from there that whale harpooners and crewmen confessed and attended the mass before going fishing. Next, the priest would go down to the beach to bless the boats that would sail out to sea. Today, the boats leave there for Ilha do Campeche, one of the most visited islands around Florianopolis. It is also in Armacao that one finds one of the most important archaeological sites of the State of Santa Catarina. In the winter of 2010 a significant portion of the beach disappeared due to erosion. With financial aid from the Brazilian federal government, tons of large rocks were dumped on the beach to prevent houses from destruction.

Campeche Beach (Praia do Campeche) With 5 kilometres (3.1 mi) of white sands and a turbulent waters, Campeche is considered the Jeffreys Bay of the Santa Catarina Island for the quality of its waves. For those who are not interested in surfing, the beach offers other attractions. The paradisaical beauty of Ilha do Campeche, for instance, located across from the beach, a football game on the Saint-Exupery aviation field, or even fishing, are some of the leisure alternatives. At night, Campeche is also an excellent attraction. The huge reflector that illuminates part of the large sand strip in front of the bars only contributes to the partying that extends far into the night. The illumination favours both those who enjoy the merrymaking as well as the fishermen, who use the time to drag their nets in from the sea.

Joaquina Beach (Praia da Joaquina) Won fame as of the 1970s, when surfers from around the world discovered its waves. Many surf cups began to emerge, and great Catarinense surfing personalities. It is one of the beaches that offers the best tourist facilities, receiving a large number of tourists from around Brazil and the world on the warm days in spring and summer. The rock complex situated to the left of the beach, the night lighting and the public showers are some of the trademarks at Joaquina. There is a big paid parking lot, toilets, tourist coach parking lot, lifeguards, police station, handicraft shop, bars, restaurant and hotels. In addition to the beach, it is possible to enjoy the most famous dunes in the South of the country as well as to sand board. The boards used in this sport can be rented on the spot.

Santinho Beach (Praia do Santinho) is mainly sought by tourists who look for nature, the locations paradisaical beauty and tranquillity. Surfers are the main visitors and consider Santinho to be the best beach in the North of the Santa Catarina Island. It is in the left hand corner, where bathers do not venture, that surfers practice their sport, sharing the space with fishermen. 40 kilometres (25 mi) away from the centre of Florianopolis, another great attraction of this beach are the primitive inscriptions made by hunters, fishermen and collectors inhabiting the Island five thousand years ago. The name Santinho comes from a human figure engraved on an isolated block of rock.

Outdoor sports, including diving, hang gliding, rowing, paragliding, and mountain biking, as well as surfing, are popular on the island