Deborah Ann "Debby" Ryan (born May 13, 1993) is an American actress and singer. Ryan is known for starring as Jessie Prescott in the Disney Channel Original Series Jessie and as Bailey Pickett in Disney Channel's The Suite Life on Deck.

Ryan started acting in professional theatres at the age of seven; in 2007 she appeared in the Barney & Friends straight-to-DVD film Barney: Let's Go to the Firehouse and then was discovered in a nationwide search by Disney. She is also known for appearing in the 2008 feature film The Longshots as Edith. In 2009, she guest starred in an episode of Wizards of Waverly Place in "Wizards on Deck with Hannah Montana" as Bailey Pickett along with her other cast mates from The Suite Life on Deck. Then, in 2010, she starred in the film 16 Wishes, which was the most watched cable program on the day of its premiere on the Disney Channel. 16 Wishes introduced Ryan to new audiences; the movie received high viewership in the adults demographic (18-34). Soon after that, Ryan starred in the independent theatrical film, What If..., which premiered on August 20, 2010. 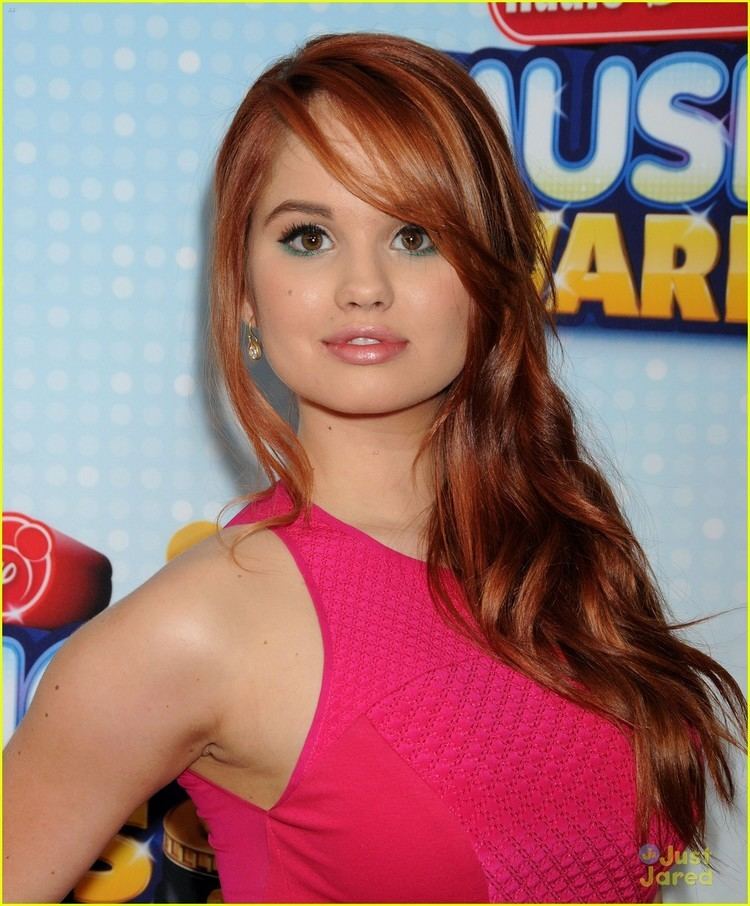 Ryan also starred in the 2012 Disney Channel Original Movie, Radio Rebel, where she portrays Tara Adams, a shy 17-year-old girl who adopts the radio personality, Radio Rebel. Ryan directed an episode of her TV show, Jessie, that aired on May 15, 2015. In 2013, she formed the band The Never Ending. Beginning in July 2015, Ryan will perform with The Never Ending as an opening act on Fifth Harmony's Reflection Tour. 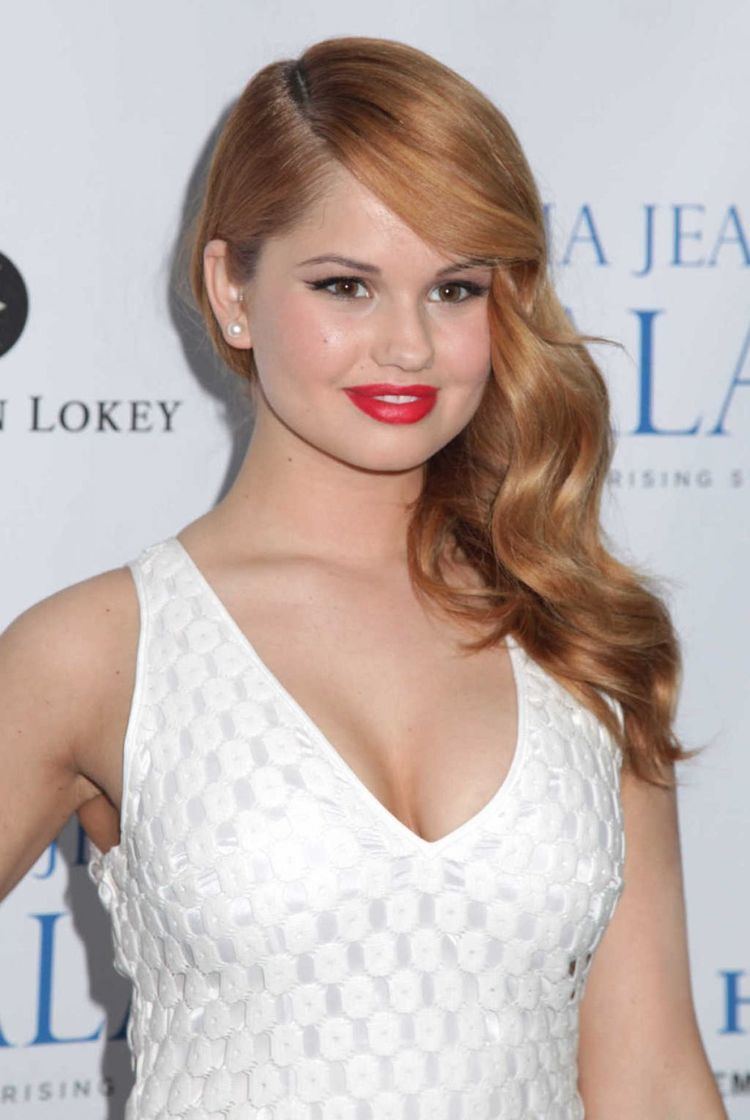 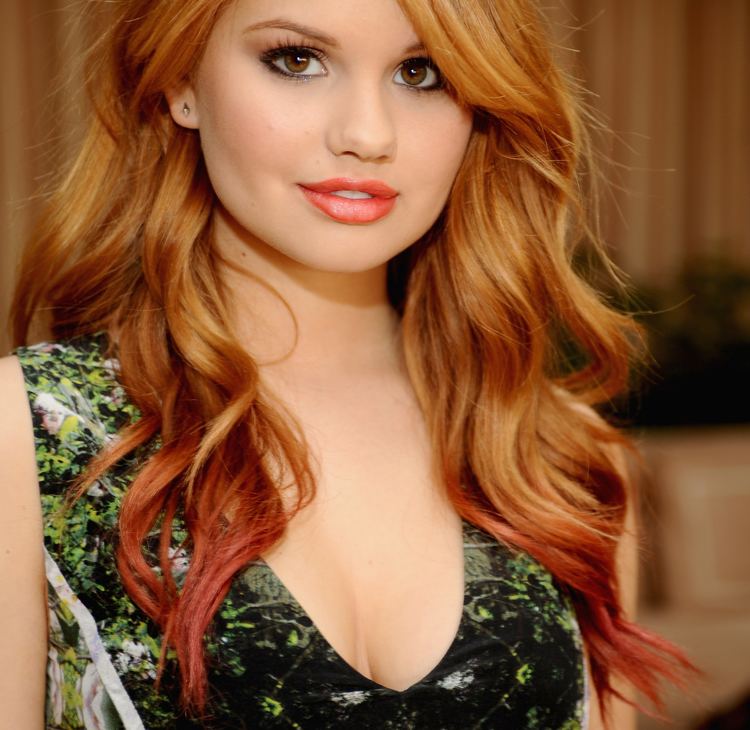 Ryan was born in Huntsville, Alabama. She has performed in various theater performance groups, and talent competitions. Her father was in the military, so she moved to numerous places in Europe. She lived in Germany until she was 10 and can speak both English and German. She started performing in professional theaters at the age of seven on an American base in Germany. She returned to the United States at the age of 10, in 2003, and was raised in Texas. She dreamed of acting full-time. In a 2009 People Magazine interview, she described herself as a "nerd" in school. Ryan was bullied in middle school for being a mascot and a member of the school's chess club. 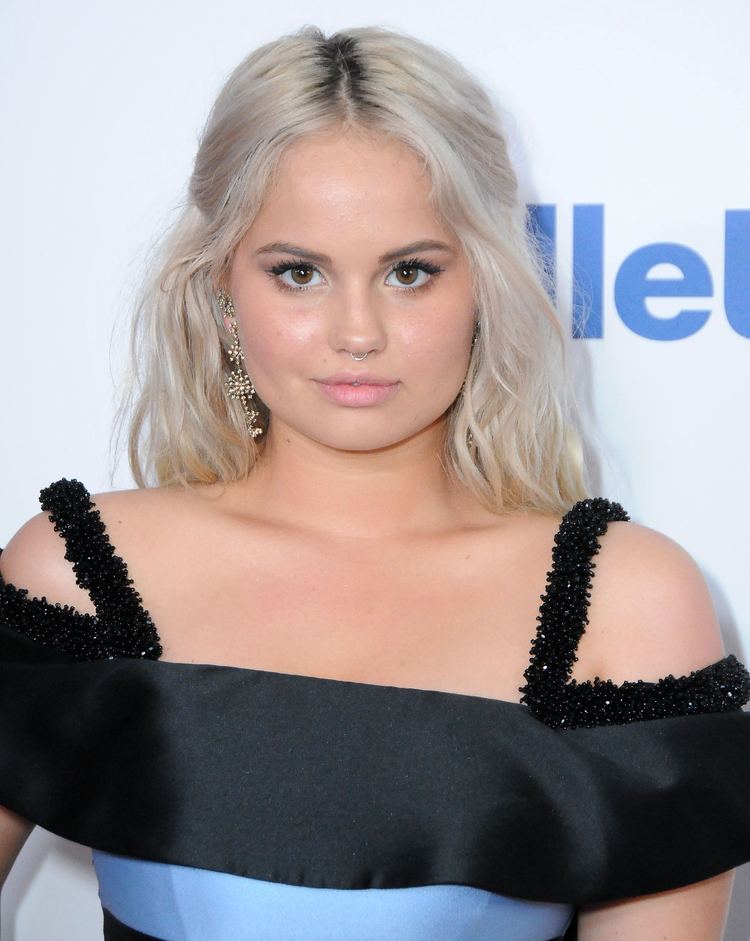 Ryan began appearing in various television commercials in her early teenage years. She appeared in several commercials for iDog and various board games; she was in an iDog Dance commercial in 2008. Ryan's first film role was in 2007 as a guest character in Barney: Let's Go to the Firehouse, she played the role of a teenager. Ryan also had a supporting role in the Metro-Goldwyn-Mayer feature film The Longshots, alongside teen actress Keke Palmer and Ice Cube. Ryan played Edith in the feature film. Ryan played one of the main characters, Bailey Pickett, on the Disney Channel Original Series, The Suite Life on Deck, which is a sequel/spin-off to the hit Disney Channel series, The Suite Life of Zack & Cody. The series's pilot aired on September 26, 2008 in the US and drew in 5.7 million viewers, and it became the most watched series premiere in Canada on the Family channel. The series was 2008's #1 top scripted television series for children between the ages of 6 to 11 and pre-teens between the ages of 9 to 14, beating the veteran series Hannah Montana and Wizards of Waverly Place in the ratings. The series was also 2009's top rated scripted series, outpacing Hannah Montana and several other teenage shows. 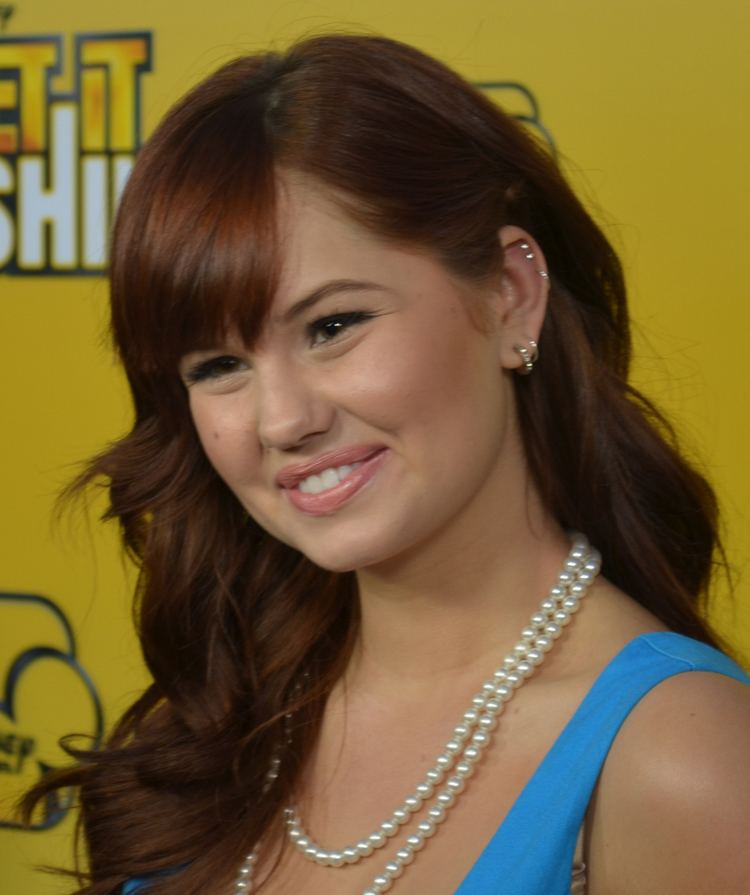 In 2009, it was announced that Ryan landed a starring role in the independent feature film, What If..., alongside Kevin Sorbo and Kristy Swanson. The film was shot in Grand Rapids and Manistee, Michigan in July 2009 and was released in theaters on August 20, 2010. The film is produced by Pure Flix Entertainment and centers on a Christian family. In October 2009, Ryan hosted the first Tween Girl Summit Music Festival. "Tween girls are drawn to talented performers who emanate the joy of life, and we are so happy to have teen favorite Debby Ryan as the first host of The Tween Summit Music Festival," said Denise Restauri, founder of The Tween Summit, AllyKatzz.com and AK Tweens. Ryan was set to headline the "Terrific Teen Tour", a concert series which co-headlined Mitchel Musso, Jasmine Richards and Savannah Outen, that would start on July 9, 2009 and end on July 14 but the tour was canceled owing to schedule conflicts. The tour would have been Ryan's debut as a live musician. In 2010, she starred in the young adult film 16 Wishesn. In addition, the movie introduced Ryan to new audiences, such as the contemporary adult audience since the movie received high viewership in the adults demographic (18-34). Ryan noted that to prepare for her role in 16 Wishes, she watched numerous Brat Pack movies. Ryan starred in The Suite Life Movie, based on the show she had starred in. The show finished its run on May 6, 2011.

2011–present: Jessie and The Never Ending

In March 2011, it was announced that Ryan landed her own Disney Channel series called Jessie, which debuted in September 2011. The show follows a girl who moves from Texas to New York to become a star but becomes a nanny instead for a family with four children. Jessie is a show she also helped create, relating that she wanted her character to relate to herself. Ryan directed the season three episode "Coffee Talk," making her the youngest female to ever direct a Disney Channel production. Additionally, in a shift towards a more mature role, she guest starred in an episode of the show Private Practice as a recovering drug addict. In February 2012, she starred in another Disney Channel movie entitled Radio Rebel. On August 31, 2012 she voiced the character Spike in the Tinker Bell film Secret of the Wings. Also in 2012 she formed the indie band The Never Ending with the guitarist Kyle Moore and the drummer Johnny Franco.

In 2014 Ryan starring the film Last Chance Holiday. On June 1, Ryan and The Never Ending released the debut single, "Mulholland Drive", with a premiere in the Billboard website. The debut EP One was released on June 24, 2014, featuring album art from a circus-themed photoshoot they'd done in March 2014. On April 17, 2015, an episode of Girl Meets World premiered featuring Ryan as Aubrey Macavoy. In June 23 the Ryan and the band released "Secondhand" as the first single off their upcoming debut album.

In a 2009 People Magazine interview, Ryan stated that her Suite Life co-star, Brenda Song, is her acting idol. In a March 2009 interview, Ryan revealed she also looks up to Meryl Streep; Ryan claims Streep "is so profoundly thought-provoking and life-changing." Ryan has said that her other role models include Anne Hathaway, Rachel McAdams and Tobey Maguire. When asked about musical tastes, she has said, "I love jazz! I love singing it. I also love country! My brother loves rock; he also has this chill Jason Mraz-like style. So basically, my answer is: jazz-country-rock-alternative? I have no idea! But I honestly would love to make country music." Ryan is a Christian. Ryan plays several instruments including the guitar, piano, and keyboard.

Ryan was in a relationship with Twenty One Pilots' drummer Josh Dun from May 2013 to September 2014. In a March 10, 2015 Teen Vogue interview, she revealed that although her relationship with Dun was good, she had later been in an abusive relationship with another friend. In the interview, Ryan stated that she decided to partner with "Mary Kay" and "Love Is Respect" for their "Don't Look Away" campaign. Ryan describes the relationship as not romantic, but they did have a professional relationship and that it was emotionally manipulative to the point where it got physical. Ryan is quoted as saying "... The second someone puts their hand on you, a boundary has been crossed".

Ryan is involved in Disney's Friends for Change. She was featured in a commercial on Disney Channel. The charity helps explain how kids can help preserve the planet and invites them to go to the Friends for Change website to register and pledge, offering them the chance to help choose how Disney will invest $1 million in environmental programs. Ryan will be taking part in Disney's Friends for Change Games, which will feature over 30 Disney Channel and Disney XD stars competing in fun and physical challenges inspired by good actions for the environment. The stars will be broken up into teams and each team will play on behalf of an environmental charity. Ryan had been taking part as Captain of the Blue Team playing to benefit Ocean Conservancy.

In May 2012, Ryan traveled to Udaipur, India, as part of Disney's Friends for Change's partnership with international charity Free The Children. The trip was hosted by Me to We, a social enterprise and partner of Free The Children. During her visit she volunteered to help build a new school in Lai Gow and met with local community members to learn about their culture. Her experience was filmed and aired between programs on Disney Channel starting on June 28, 2012.

In interview to Christina Garibaldi of MTV, in 2013, Ryan commented that her musical style includes folk, indie pop and country as Taylor Swift and Grace Potter and the Nocturnals. She cited as her biggest musical influences Christina Aguilera, Lady Antebellum, The Lumineers, Mumford & Sons, April Smith and the Great Picture Show, Macklemore and Tom Petty. Ryan plays several instruments including the guitar, piano, and keyboard. She is also a songwriter and writes music with her older brother.

In July 2012, Ryan started work on a clothing line for 2013. She said she was in the beginning stages of building herself a fashion brand and revealed that she has been looking into designers and interviewing brands she might like to work with.