Daniela Romo (born Teresa Presmanes Corona on August 27, 1959 in Mexico City, Mexico) is a Mexican singer, actress and TV hostess. Her parents never married, and Daniela and her sister Patricia were raised by their grandmother. As a child she idolized Rocio Durcal, whom she credits for inspiring her to become an actress and a recording artist. 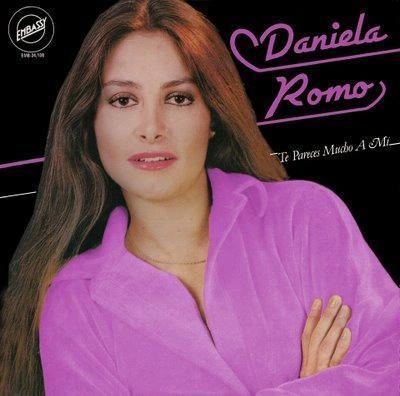 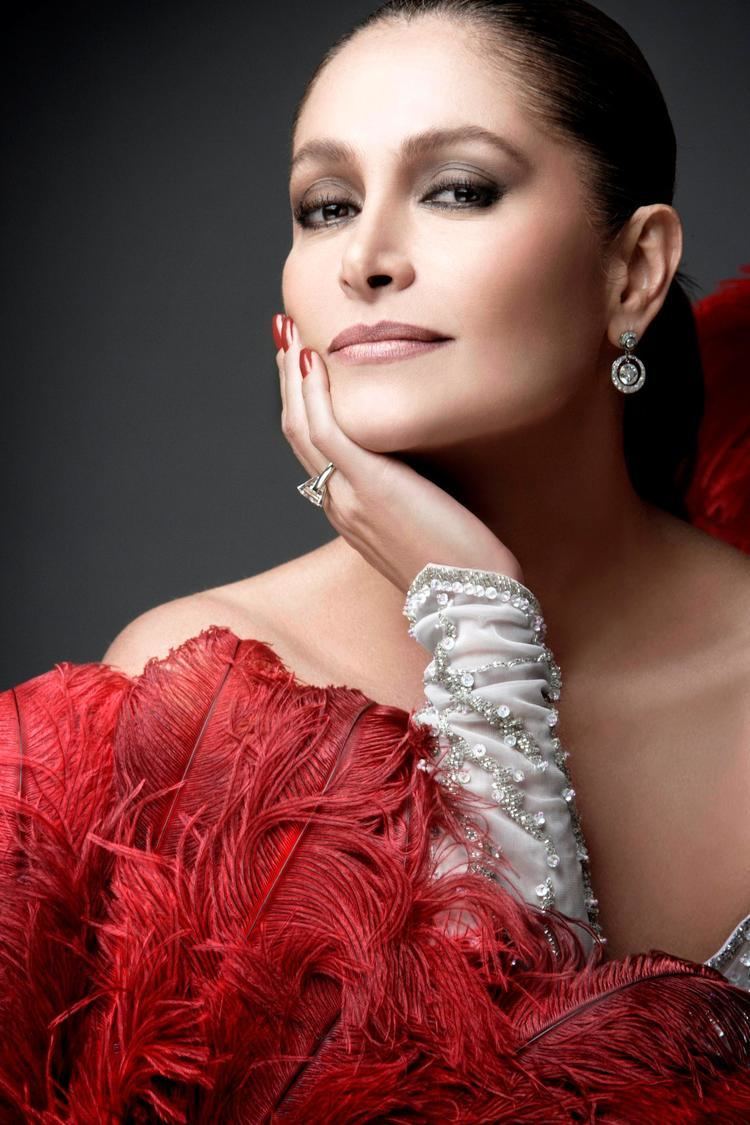 Performing in stage shows such as Gypsy, Romo eventually ventured out into film and television where she would gain recognition making her film debut in La Casa del Pelicano at the age of 17. Her first starring role on a television soap opera (or telenovela) was in 1978 in El Ardiente secreto, an adaptation of Jane Eyre.

During her TV era, Romo would go on talk shows or variety shows of the time and sing. During this time, Chucho Ferrer, a popular producer at the time, saw the potential in Romo and offered to produce a record. An ambitious 20-year-old Romo took on this adventure and recorded her debut record Tambien Yo (also released as Te pareces tanto a mi in 1985) released by CBS Records. All of these songs were written by singer-songwriter Lolita de la Colina. The album largely flopped due to the kind of material Romo was singing (mature balladry) and the public wasn't ready to take on this from such a young singer. Romo went on to do more film and TV, again garnering a hit on television with her soap Dejame Vivir in 1982.

After six years away from television, Romo made her return to the small screen in the 1995 hit "Si Dios me quita la vida" alongside Cesar Evora and Omar Fierro. The telenovela was followed by the variety show Hoy Con Daniela in 1996. The show was largely panned by critics and was cancelled after two seasons due to poor ratings. In 2001, however, she hosted Univision's short-lived primetime game show A Millon. That same year, she also won her first roles as a villain in El Manantial, and was then seen in the lighthearted comedy Las vias del amor a year later.

In 2005, Romo released Es la Nostalgia, a collection of acoustic ballads produced by Adrian Posse and that same year, she garnered much praise for her role as the evil Dona Juana in the period soap Alborada. In 2006, Romo produced the musical Cabaret in Mexico and in 2009 was the star in Victor/Victoria on stage. In 2008, Romo starred in the TV serie Mujeres asesinas. She starred the telenovelas Sortilegio (2009) and Triunfo del amor (2010) where she played antagonist Bernarda Montejo vda. de Iturbide. She recently starred as a protagonist in her role as Mercedes Artigas in the soap opera "La tempestad".

Daniela Romo started out young singing back up to Los Hermanos Zavala before venturing out on stage.

In 1983, she traveled to Spain and met Danilo Vaona through her good friend (and supposed boyfriend) Miguel Bose. Danilo was famous at the time as an up-and-coming young Italian producer behind Raffaella Carra among others. She recorded Daniela Romo under a new label, Hispavox. Her first single "Mentiras" caused a stir in Spain as during this time she was hosting a late night talk show in that country.

Her EMI debut album was a smash producing her #1 hit singles "Mentiras", "Celos" (written by Jose Luis Perales), "Pobre Secretaria" (written by Miguel Bose), "La Ocasion Para Amarnos" and the ballad "Corazon", which served as the theme to the telenovela Un Solo Corazon.

Romo's musical career soon devoured all of her time and for the next 4 years, she would dedicate all her attention to it. In 1984 she released her 3rd album Amor Prohibido which garnered her biggest International hit "Yo No Te Pido La Luna". The song was a smash all over Latin America and Spain, where the song was originally released in Italian by Fiordaliso titled "Non voglio mica la luna". She followed this record with Duena de mi Corazon, which would be her last Danilo Vaona produced record for 11 years. She will work again with him in 1995 producing the album "Un Nuevo Amor".

1986 was a big year for Daniela Romo. This marked her return to television with arguably her best role to date in a telenovela with El Camino Secreto. The theme song to the telenovela was sung by Daniela Romo and was written by Juan Gabriel titled "De Mi Enamorate". This song proved to be Romo's biggest hit in Mexico, spending 21 weeks in the #1 position. It also achieved similar status in the USA with the new Billboard Hot Latin Tracks where it spent 14 weeks in the top spot.

Her record Mujer de todos, Mujer de nadie was released this year containing her smash. It was produced by Felisatti/J. R. Florez, the Midas touch hit men of Mexican 1980s pop. This would be her only record produced by this dynamic duo but it produced some of her biggest hits such as the gay anthem "Coco Loco", the ballad "Adelante Corazon", "Veneno Para Dos" and the title track.

Romo's musical career took a turn in 1989 when she released Quiero Amanecer con Alguien produced by Bebu Silvetti. The record was a musical change, adapting to balladry and simpler arrangements, more in the vein of Adult Contemporary pop music. This was a risky moved but it paid off as this record was a huge hit on an international scale. She would keep recording and in 1993, she signed a new record contract with Melody/Fonovisa where she would release 3 albums over the next 4 years. The same year, Romo was nominated for Female Pop Artist of the Year at the Lo Nuestro Awards.

The album Ave Fenix released in 2001 was produced by Loris Ceroni and was largely inspired by Cher's comeback effort Believe, adopting her smooth vocals with dance beats. It was largely ignored because Romo would go on to do telenovelas instead of promoting it.

A line dance was created for her "Todo, Todo, Todo" song in the 1990s. The song is a De rigueur at Filipino formal hall parties.