?à N?ng ( listen) is one of the major port cities in Vietnam (in addition to Ho Chi Minh City and Haiphong) and the biggest city on the South Central Coast of Vietnam; the city is situated on the coast of the South China Sea, at the opening end of the Hàn River. ?à N?ng is the commercial and educational center of Central Vietnam, with a well-sheltered, easily accessible port; its location on the path of National Route 1A and the North–South Railway makes it a hub for transportation. It is located within 100 km of several UNESCO World Heritage Sites, including the Imperial City of Hu?, the Old Town of H?i An, and the M? S?n ruins. The city was previously known as C?a Hàn during early ??i Vi?t settlement, and as Tourane (or Turon) during French colonial rule. It is the third biggest economic center in Vietnam (after Ho Chi Minh City and Hanoi).

Before 1997, the city was part of Qu?ng Nam-?à N?ng Province. On 1 January 1997, ?à N?ng was separated from Qu?ng Nam Province to become one of five independent (centrally controlled) municipalities in Vietnam. ?à N?ng is listed as a first class city, and has a higher urbanization ratio than any of Vietnams other provinces or centrally governed cities. In terms of urban population, ?à N?ng is the fifth largest city in Vietnam. 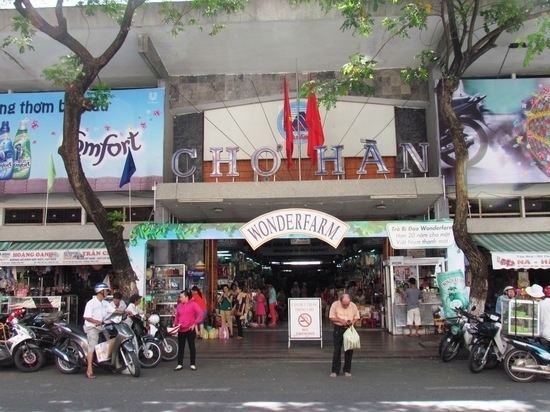 The citys origins date back to the ancient Champa Kingdom, established in 192 AD. At its peak, the Chams sphere of influence stretched from Hu? to V?ng Tàu. The city of Indrapura, at the site of the modern village of Dong Duong in Qu?ng Nam Province (about 50 km (31 mi) from Da Nang), was the capital of Champa from about 875 to about 1000 AD. Also in the region of Da Nang were the ancient Cham city of Singhapura ("City of the Lion"), the location of which has been identified with an archeological site in the modern village of Trà Ki?u, and the valley of M? S?n, where a number of ruined temples and towers can still be viewed. 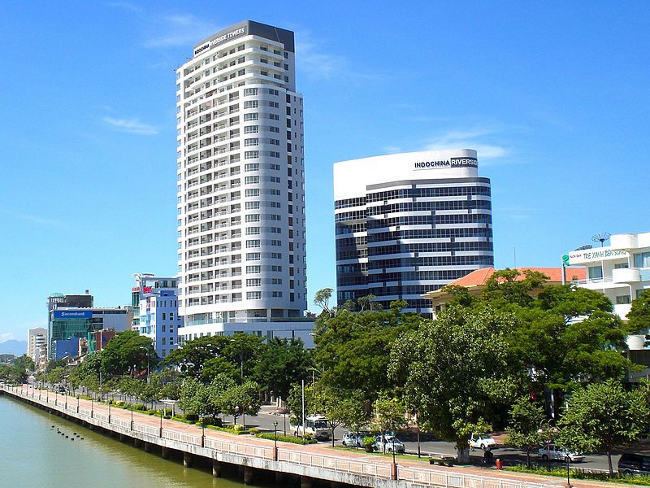 In the latter half of the 10th century, the kings of Indrapura came into conflict with the ??i Vi?t, who were then based at Hoa L? near modern Hanoi. In 982, three ambassadors sent to Champa by King Lê Hoàn of the ??i Vi?t (founder of the Early Lê Dynasty) were detained in Indrapura. Lê Hoàn decided to go on the offensive, sacking Indrapura and killing the Cham King Parameshvaravarman I. As a result of these setbacks, the Cham eventually abandoned Indrapura around 1000 AD. The ??i Vi?t campaign against Champa continued into the late 11th century, when the Cham were forced to cede their three northern provinces to the rulers of the Lý Dynasty. Soon afterwards, Vietnamese peasants began moving into the untilled former Cham lands, turning them into rice fields and moving relentlessly southward, delta by delta, along the narrow coastal plain. The southward expansion of ??i Vi?t (known as Nam Ti?n) continued for several centuries, culminating in the annexation of most of the Cham territories by the end of the 15th century.

?à N?ng is the largest city in central Vietnam and one of the countrys most important ports. Ringed by mountains on one side and the South China Sea on the other, ?à N?ng borders Th?a Thiên–Hu? Province across the H?i Vân Pass to the north, Qu?ng Nam Province to the south and west, and the ocean to the east. It is 759 km (472 mi) south of Hanoi, and 960 km (600 mi) north of H? Chí Minh City.

?à N?ng is the leading industrial center of central Vietnam. Its GDP per capita was 19 million VND in 2007, one of the highest in Vietnam (after H? Chí Minh City, Hanoi, Bình D??ng Province, and ??ng Nai Province). By 2009, this had increased to 27.3 million VND.

The tourism sector is a vital component of Da Nangs economy. Its status as a transportation hub for Central Vietnam and its proximity to several UNESCO World Heritage Sites, including the Imperial City of Hu?, the Old Town of H?i An, and the M? S?n ruins fuels much of its tourist activity.

M? S?n is an archaeological site dating back more than a thousand years, in Qu?ng Nam. Located in a remote forested valley some 70 km west of ?à N?ng, this former capital and religious center of the Champa kingdom once contained in excess of 70 style temples and stupas. Although badly damaged by bombing raids in the 1960s, the site still has more than 20 structures and was declared a UNESCO World Heritage Site in 1999. Many statues, sculptures and reliefs recovered from M? S?n are kept in the Museum of Cham Sculpture, near the Hàn River in the heart of ?à N?ng. Dating from the fourth to the 14th centuries, the sensual artwork on these works depicts daily activities as well as Hindu and Buddhist religious themes.

The Marble Mountains are rocky limestone outcrops jutting out of the beach just south of ?à N?ng. Paths lead to the top of the forested cliffs, affording spectacular views of Non Nuoc Beach and the South China Sea. The caves nestled in the cliffs were originally inhabited by the Cham people. Later, the Nguy?n Dynasty built numerous pagodas among the caves. The Marble Mountains are home to various artisans producing sculpture and artwork at its base at Non N??c Village. Non Nuoc Beach is a white sandy beach on the outskirts of ?à N?ng is renowned for both its spectacular beauty and for its history as an R&R destination for American troops during the Vietnam War, when it was known as "China Beach". Today, the beach, along with My Khê beach to the north, are home to expensive resorts, surfing and entertainment facilities. Bà Nà Hills is a mountain resort with a 5 km-long cable car system which carries guests up to Bà Nàs peak at 1487m above sea level. S?n Trà Mountain, just some miles away from downtown with some wild streams and resorts along the seaside.