Bridgeport is the most populous city in the state of Connecticut. Located in Fairfield County on the Pequonnock River and Long Island Sound, the city had a population of 144,229 in the 2010 United States Census and is the core of the Greater Bridgeport area.

The city is part of the Greater New York City Combined Statistical Area. It is the fifth-largest city in New England (behind Boston, Worcester, Providence and Springfield). Bridgeport is the center of the 48th-largest urban area in the United States, just behind Hartford (47th). Much of Bridgeport was originally a part of the township of Stratford.

English colonists began settling the city in the 1640s, obtaining land from the Paugussett Indian tribe. The settlement became a center of trade, shipbuilding, and whaling. In the 19th century, the city rapidly industrialized, attracting immigrants to the growing number of factory jobs. Manufacturing was the mainstay of the local economy until the 1970s. Industrial restructuring and suburbanization caused the loss of many jobs and affluent residents, leaving Bridgeport struggling with problems of poverty. In the 21st century, conversion of office and factory buildings to residential use and other redevelopment is attracting new residents.

The circus-promoter and former mayor, P.T. Barnum, was a famous resident of the city. Barnum built three houses there, and housed his circus in town during winters. The first Subway restaurant opened in the North End section of the city in 1965. The Frisbie Pie Company was located here, and Bridgeport is credited as the birthplace of the Frisbee. 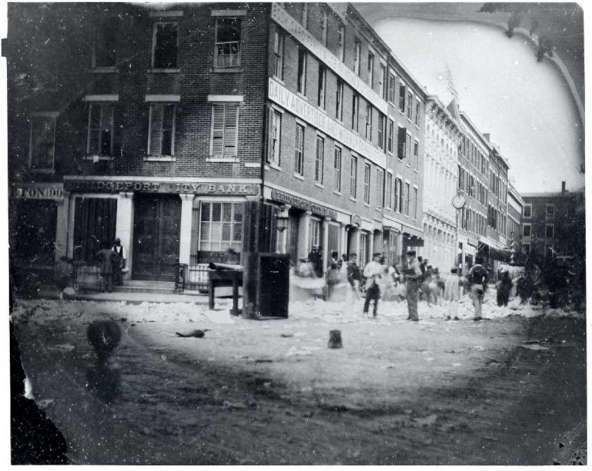 The first documented English settlement within the city limits took place in 1644, centered at Black Rock Harbor and along North Avenue between Park and Briarwood Avenues. The place was called Pequonnock (Cleared Land in the Quripi language), after the name of the Native American people, a band of the Paugussett, who had historically occupied this area. One of their sacred sites was Golden Hill, site of powerful springs and planting fields, now blasted through for an expressway. The Golden Hill Indians were granted a reservation here by the Colony of Connecticut in 1639 that survived until 1802 (it exists today in adjoining Trumbull). A village called Newfield began to coalesce around the corner of State and Water Streets in the 1760s. 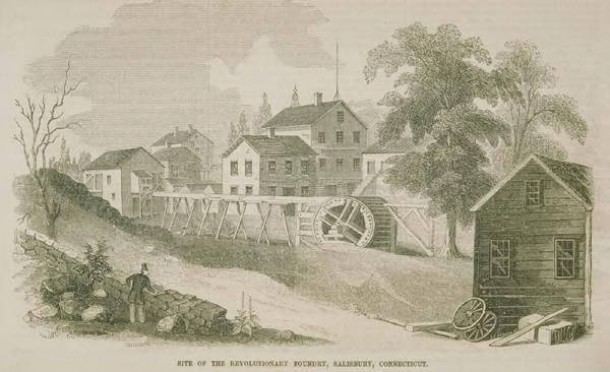 The area officially became known as Stratfield in 1701 due to its location between the already existing towns of Stratford and Fairfield. During the American Revolution, Bridgeport and its harbor were a center of privateering. In 1800, Newfield village was incorporated as the Borough of Bridgeport (the first such incorporation in the state), and in 1821 the township of Bridgeport became independent of Stratford. Bridgeport was chartered as Connecticuts fifth city in 1836.

Bridgeports early years were marked by residents reliance on fishing and farming, not altogether different from the economy of the Native American Paugussett. They had cultivated corn, beans and squash, and fished and gathered shellfish from both the river and sound. The citys location on the sheltered Newfield Harbor fostered a boom in shipbuilding and whaling in the early-19th century, especially prior to the opening of a railroad from the city up the Housatonic Valley in 1840. A railroad connection to New York City and New Haven was added in 1848. The city rapidly industrialized in the mid-19th century, when it became a major center. It produced such goods as the famous Bridgeport milling machine, brass fittings, carriages, sewing machines, brassieres, saddles, and ammunition. Bridgeport annexed the West End and the village of Black Rock and its busy harbor in 1870.

Industrialization was underway by the mid-19th century. Famous factories included Wheeler & Wilson, which produced sewing machines and exported them throughout the world, and the Locomobile Company of America, builder of one of the premier automobiles in the early years of the century. In the summer of 1915, amid increased labor demand as men were drafted for World War I, workers in Bridgeport called a series of strikes demanding the eight-hour day. They were so successful that the strikes and the eight-hour day spread throughout the Northeast. By 1930, Bridgeport was a thriving industrial center with more than 500 factories. Since the late 19th century, its industrial jobs had attracted the most recent immigrants: Irish, Italians and Eastern Europeans. The build-up to World War II further helped its industries. Additionally, Columbia Records primary pressing plant was located in Bridgeport. It manufactured the Columbia OKeh (after 1926), as well as their dime-store labels (Harmony, Velvet Tone, Diva and Clarion).

Bridgeport is located along Long Island Sound at the mouth of the Pequonnock River, named for the Native American tribe who historically lived along it.

Since the decline of its industrial sector beginning in the middle of the 20th century, Bridgeport has gradually adjusted to a service-based economy. Though a level of industrial activity continues, healthcare, finance, and education have evolved into the centerpieces of Bridgeports economy.

Bridgeport has a number of venues for live theater and music events, ranging from intimate performing spaces to a stadium hosting rock concerts.

Bridgeport has been the annual home to Gathering of the Vibes, a weekend long arts, music and camping festival featuring some of the best names in festival talent. In 1999, 2000, and 2007 through 2010, thousands of people have come from all over the world to camp in Seaside Park and enjoy such talent as Buddy Guy, Bob Weir and Ratdog, Deep Banana Blackout, Les Claypool, Assembly of Dust, Dirty Dozen Brass Band, Los Lobos and Bridgeports own The Alternate Routes.

Since 1945, the Greater Bridgeport Symphony has been a cultural and musical gem for the City of Bridgeport and its surrounding towns, performing at the 1,400 seat Klein Memorial Auditorium. The orchestra has a rich and vibrant history. Under the direction of Gustav Meier for the past 41 years, the prestigious orchestra has welcomed international soloists Beverly Sills, Midori, Benny Goodman, Itzhak Perlman with other links to legends like Leonard Bernstein, Jose Iturbi. Through its annual Carlson-Horn Competition for Young Instrumentalist created many new bright professional soloists including Andrew Armstrong, Alexander Markov, Anita Chen, to name just a few.

Bridgeport is also the home of the Black Rock Art Center, a multi-cultural center that presents performing artists from Africa, Asia, the Caribbean and the Americas both at the Art Center and also in a Summer Sounds of the World concert series. The series has featured such artists as blues musician James Cotton, Grammy-award winner Eddie Palmieri, the Cambodian Angkor Dance Company, salsa master Larry Harlow, and folk artists Richie Havens and Odetta. The Art Center features a world music series, a cabaret series, the Black Rock Blues Festival, in addition to cinema, gallery, and educational programs.

Bridgeport has a number of museums, ranging from the science-oriented to fine arts and historical, as well as the states largest zoo.