Brave New World is a 1998 television movie loosely based on Aldous Huxley's novel Brave New World. The film stars Peter Gallagher and Leonard Nimoy. It is an abridged version of the original story. The film aired on NBC. 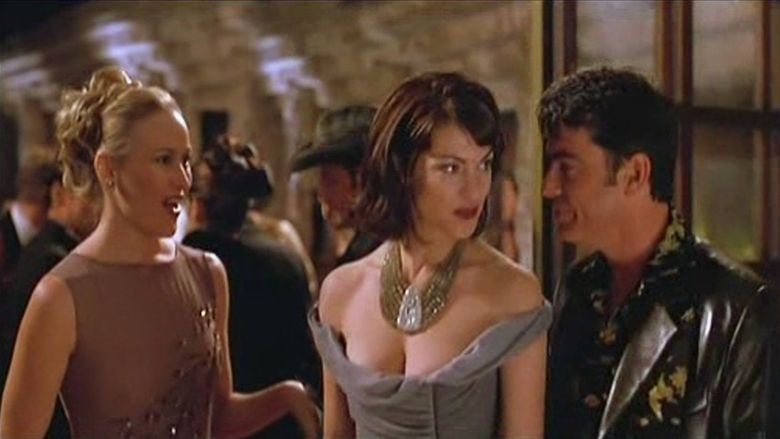 The movie follows the plot of the novel of the same name, but adds something at the end: just as Bernard Marx is about to take over the job of Director of Hatcheries and Conditioning and thus replace the disgraced, previous director, Lenina informs him that she is pregnant with his child. She conceived it the night that John fell to his death from the tower, observed by all via a helicopter-transmitted, live newscast. She did not use her birth control that night. Bernard suggests that she say it was an accident and have an abortion, but she makes it clear that she will not, and so prefers banishment. He lets her go - secretly - and takes the job he has aspired to throughout his career, but he is soon unhappy, and no amount of Soma can change that. He has seen and learned to appreciate genuine emotions and human experiences thanks to knowing John, as has Lenina. As a result, Bernard follows Lenina into exile from society. Director Mustapha Mond looks for Bernard at the next meeting, and is handed a note. The messenger explains how Bernard got away from society (by authorizing a trip for himself). Mond laughs out loud to himself, indicating that he will not pursue them. The final scene shows a beach with Lenina and Bernard. They appear to be playing with their natural born daughter on the shore.