The Braemar Hill murders (Chinese: 寶馬山雙屍案) were among the most notorious homicides to happen in Hong Kong. On 20 April 1985, local British teenagers Kenneth McBride and Nicola Myers were killed brutally by a group of five young gangsters on Braemar Hill, Hong Kong. McBride was found bound, beaten, and strangled with over 100 bodily injuries. Myers' body was found half naked, her jaw broken, and her left eyeball out of its socket. Evidence also showed that Myers was raped. The murders remain one of the most disturbing crimes in the history of Hong Kong.

Kenneth McBride (aged 17) and Nicola Myers (aged 18) were a couple and both studied at Island School, Hong Kong, and they were well-known on campus. McBride was the president of the students' union, captain of the school rowing team, and a member of the debate team. His former teacher Chris Forse described him as smart, and loved by the school community. Myers was described as a smart student, who had an interest in languages and was hoping to become an interpreter. Simon Boyde, former schoolmates of the couple described that the couple was close, and both of them were popular in school.

On the day of the attack, the couple decided to take a walk in the Braemar Hill countryside, part of the Tai Tam Country Park in the afternoon, located near McBride's residence at Braemar Hill Mansions. They were seated on a remote and quiet pathway on the hillside, studying for their A Level examinations. Earlier the same day, a group of five local gangsters: Pang Shun-yee (彭信義) age 24, Tam Sze-foon (譚士歡) age 20, Chiu Wai-man (趙偉文) age 25, Cheung Yau-hang (張有恆) age 17, and Won Sam-lung (尹三龍) age 16 were gathered in the area. According to Won's evidence, Pang was the leader of the group, and he suggested they steal a cable from the government aerial station on the mountain for some extra cash. After several failed attempts to steal the cable, the group spotted McBride and Myers. The group decided to "have some fun" and thought as McBride and Myers were European they must be rich. Pang led them to rob the couple. Unfortunately McBride and Myers only had one dollar on them and they tried to defend themselves. The gangsters did not believe the couple and it turned into a fierce attack. McBride was savagely beaten and his hands and feet were tied up. Tam pulled off McBride's Nike shoes and kept the shoes after the murder. The trainers were a key piece of evidence presented in court. According to the murderers' statements, Pang verbally threatened the rest of the gang to take part in the attack. Pang raped Myers while the other four members were brutally beating McBride. Myers' genitalia were penetrated by a stick and a bottle. After several attacks, Pang decided the couple must die as McBride and Myers would be able to identify them. The group left the country park after the murder, and destroyed the couple's textbooks.

The couple's family realised they were missing when they failed to return home that night. The family searched for them that night, and phoned the police after failing to locate the couple. The next day, the couple's bodies were discovered by a morning jogger. The murders shocked the city and the police mounted a thorough investigation. More than 800 policemen and several personnel from the British Forces Overseas Hong Kong were sent to search the site. Police discovered some wooden sticks that they suspected were used as weapons. Torn exercise books were also found along the hillside and traces of semen was found on Myer's body as well as partial fingerprints on the torn books and the sticks. However, due to the infancy of forensic science at that time, no sufficient evidence was found to trace the murderer. The police interviewed more than 10,000 people who lived around the area, as well as known triad members, but nothing was found. The crime shocked the community, especially as the murders involved two Britons being killed, which was extremely rare. A few months after the murders, an anonymous Hong Kong businessman donated HK$500,000 to the Royal Hong Kong Police, as a reward for anyone with sufficient information about the homicide. An anonymous triad member contacted the police, suggesting some unusual activity by one of their members; Pang might show he was involved in the offence.

In late November the police arrested Pang and the rest of the group within 48 hours. Although they had given details of the murders, only Won pleaded guilty. Pang, Tam and Chiu were found guilty by the court and convicted. They were all sentenced to death, later commuted to life imprisonment in 1993 under permission given by the Governor-in-Council. Pang and Chiu remain in prison to this day. Tam died of cancer in prison in 2009 at the age of 45. Two of the other killers, Cheung and Won (both born in 1968), were underage at the time of the crime and were sentenced to be detained at Her Majesty's pleasure.

After the transfer of sovereignty over Hong Kong in 1997, Won's parents appealed to the McBride and Myers families for forgiveness for Won. In 1998, the McBride and Myers families announced that they have forgiven Won, and appealed to Chief Executive Tung Chee Hwa for a lesser sentence. Tung agreed, and decided that Won would be incarcerated for 27 years and Cheung for 35 years. Won would later say upon release, in front of the press, that receiving the families' forgiveness was both touching and hard to accept, and that he would use the opportunity to reintegrate fully back into society. 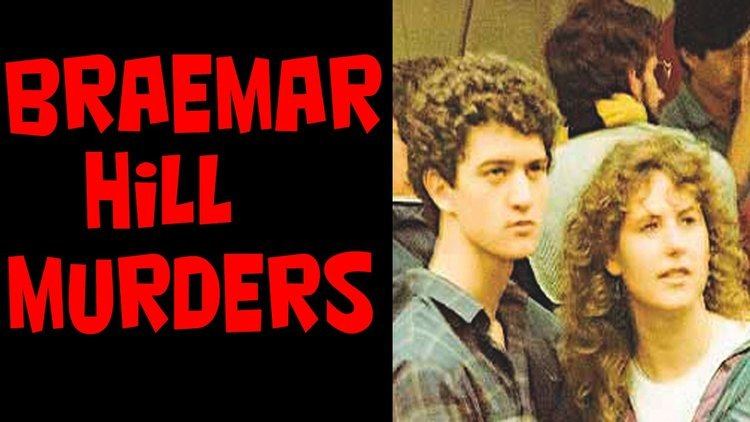 Later, Cheung appealed to the court for a lesser sentence similar to Won's, but on 6 April 2006 the verdict came down denying Cheung's request, citing that due to the heinous nature of the crime, that 35 years for Cheung was more than generous.

In the end, Won was released from Stanley Prison in front of the press in 2004 and was last heard of being offered clerical work in a law firm through the government's Criminal Rehabilitation Service.

In 2005, Cheung's sentence was converted to a sentence of 35 years in prison and he was released In December 2007, and was last heard having been hired as an inspection worker at a public utility.

Prior to the crime, most of the killers had no criminal records beyond misdemeanors.

Cheung was abandoned by his family at age four, and left at an orphanage at age six. As a teenager, he was taken back in by his abusive father. He dropped out of school at 14, subsequently working menial jobs in restaurants and opening ferry doors. Upon losing his job, he was disowned by his father, and was wandering the streets when he was recruited by Pang.

Won Sam-lung was a cook at a local restaurant.

The leader of the group, Pang, was a casual worker and a low-level member of the Fuk Yee Hing (福義興) triad society. He was reputed as a bully and a thug.

Island School, plus family and friends of the couple, established the Nicola Myers and Kenneth McBride Memorial Fund, to support disadvantaged school kids in Hong Kong for further education, in memory of the beloved couple and their dream in helping the disadvantaged before their death. McBride's parents have since moved back to their home country of Scotland and are said to be living near Inverness.

The 1992 Hong Kong film Suburb Murder, has a storyline that is based loosely on the Braemar Hill murders. The 2001 film From the Queen to the Chief Executive is based on one of the suspects' pleas for amnesty before and after Hong Kong's handover.