Bobbie Pryor is a British radio presenter who currently reads the traffic news on BBC Radio 2 on weekday afternoons and weekends.

Pryor has previously worked as Venus on Invicta FM co-presenting the 9pm to 1am show in the early 1990s with Chris Ryder (during his Caesar The Boogieman days) and later with his replacement Ian Collins this time under her real name. From 1998 until 1999 she presented The Academy on Wire FM, a one-hour Saturday evening programme which was co-presented by media students at Warrington College, and also did occasional swing shifts. 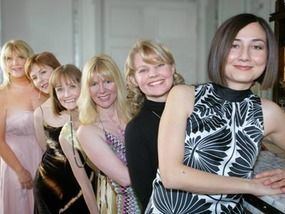 Bobbie was born in 1973.
She currently reads traffic news on BBC Radio 2.
She was previously working as Venus on Invicta FM.
She presented The Academy on Wire FM from 1998 to 1999.

During an on-air conversation, Bobby revealed to Zoë Ball, who was filling in for Ken Bruce on BBC Radio 2 on 14 May 2009, that her mother had taken her two sisters and her on the road with a small one pole tented circus, in 1976.
She was an acrobatic act with her sisters, later becoming a low wire act and contortionist herself. Her sisters on the high wire.
Bobbie said it was hard work but enjoyable.
The travelling life may have made it difficult to settle in one place.
Bobbie was born in 1973. This fact was told to Richard Madeley on April 11, 2011, at 08.15 am on BBC Radio 2.

Bobbie Pryor spent most of her 20s working in commercial radio in the UK. Her first stint in radio was co-producing a nightly phone-in show. During that time, she also managed live roadshows and produced the station's first Music Festival Live.

Pryor left the BBC temporarily to study drama. After she completed her degree, she joined BBC Entertainment as a TV researcher. During the 4 years she worked there, she worked on the British Comedy Awards, music videos for Nick Cave and the Bad Seeds, and zombie casting for Shaun of the Dead.

During Pryor’s time at BBC Radio 2, she worked at the Edinburgh Festival Fringe and Melbourne International Comedy Festival as a festival producer. She also contributed to BBC Radio 2’s Arts Show and was a producer for the circus troupe Briefs while they toured through Ireland and the UK.

Pryor enjoys horse riding, the world circus, and life on the road.