Better Luck Tomorrow is a 2002 crime-drama film directed by Justin Lin. The movie is about Asian American overachievers who become bored with their lives and enter a world of petty crime and material excess. Better Luck Tomorrow introduced film audiences to a cast including Parry Shen, Sung Kang, Jason Tobin, Roger Fan, and John Cho. 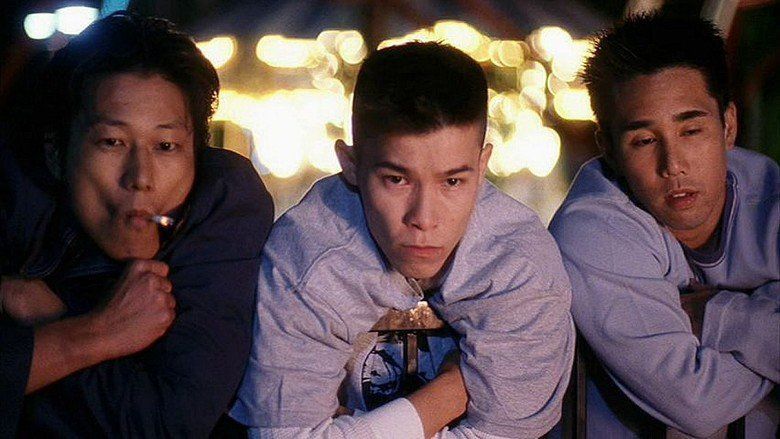 The film was based loosely on the murder of Stuart Tay, a teenager from Orange County, California, by four Sunny Hills High School honor students on December 31, 1992. 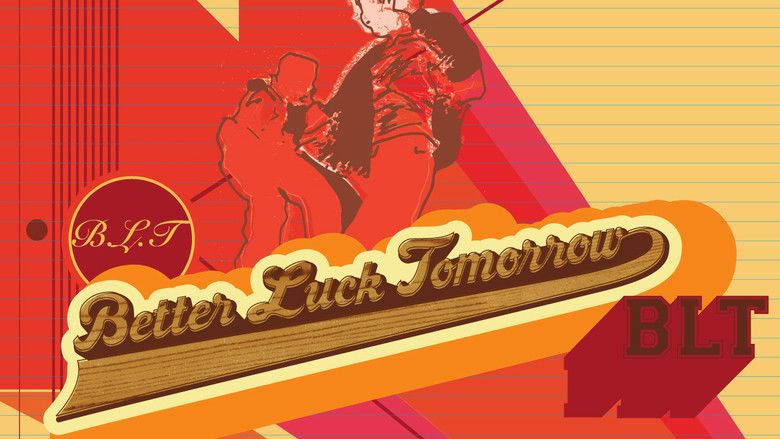 In its first ever film acquisition, MTV Films eventually acquired Better Luck Tomorrow after it debuted at The Sundance Film Festival. After meeting at the National Association of Broadcasters convention in Las Vegas, Nevada in April 2001, MC Hammer (credited as a producer) provided the much needed funding to the filmmaker Justin Lin for this film. The director said, "Out of desperation, I called up MC Hammer because he had read the script and liked it. Two hours later, he wired the money we needed into a bank account and saved us." 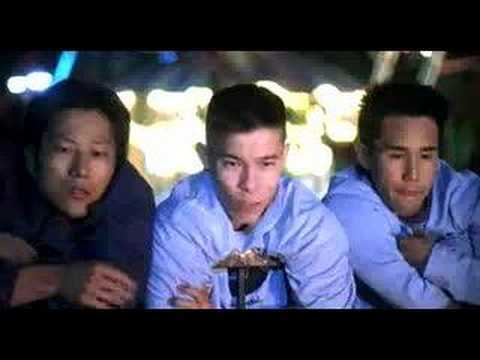 A group of over-achieving Asian-American high school seniors enjoy a power trip when they dip into extra-curricular criminal activities. 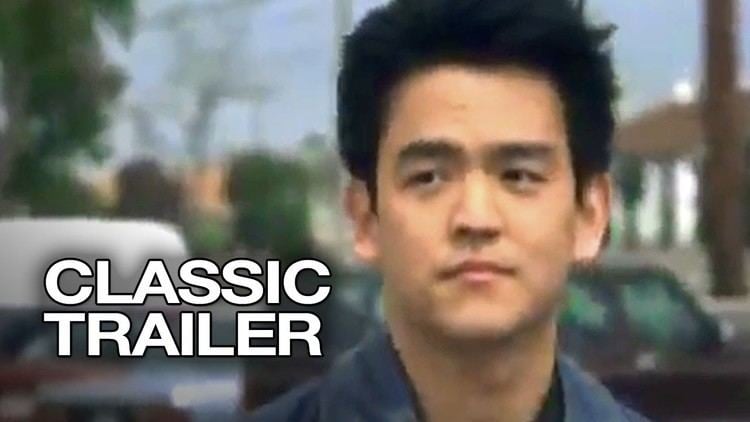 Ben Manibag (Parry Shen) and his friend Virgil Hu (Jason Tobin) are lying in the sun discussing college-admissions, but hearing a cell-phone ringing, begin digging in the dirt and soon uncover a human hand.

Ben and Virgil are the stereotypical highly-intelligent overachieving Asian-Americans whose only goal is to gain acceptance into highly prestigious Ivy League universities. In fact, Ben learns a new SAT vocabulary-word every night through rote-memorization and recitation. These words act as the dividers between different chapters of Bens life. In reality, Ben reveals that he in fact uses his perfectionism in order to act out in other ways, such as toilet-papering houses with Virgil and other petty-crimes. Part of these activities include the purchase and return of computer-equipment with Virgil, and Virgils cousin Han Lue (Sung Kang) to earn easy money. 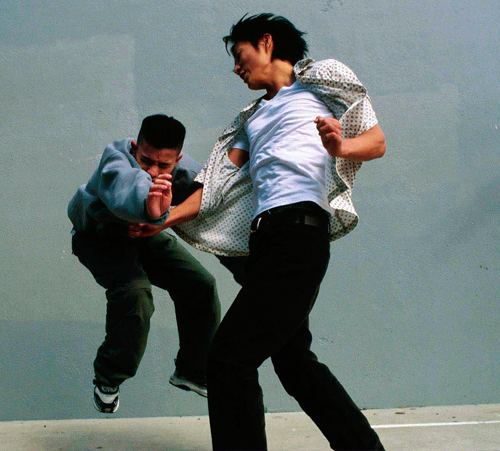 Ben is involved in many of the school-clubs, all of which are being used to pad his college-application. He makes the basketball team, though he soon discovers that he is merely a token minority player who never gets to actually play. At the same time, Ben develops a crush on his new lab-partner, Stephanie Vandergosh (Anna Cheung), a girl of Asian descent who was adopted by a White family.

After meeting Daric Loo (Roger Fan), the senior valedictorian and the president of nearly every student-club, Ben becomes part of school-wide cheat-sheet operation. Ben pays Jesus, another student, to break into the faculty-office and steal the tests, then proceeds to sell off the cheat-sheets to students. Ben also brings in Virgil and Han into the operation, and the four of them make a small fortune. Meanwhile, Ben has fallen in love with Stephanie. He discovers that her boyfriend, Steve Choe (John Cho), who is rich and arrogant, does not seem to appreciate her. Steve discovers Bens crush and offers to let him take her to the Winter Formal. Ben soon discovers his life becoming more and more out of control.

As a member of the Academic Decathlon team with Daric, Virgil and Han, the practices at Darics house devolve into drinking parties. Later, the group, now intoxicated, arrive at a party, where they are accosted by a football player who mocks them for their perfect image. A fight results in Daric pulling out a gun, stopping the fight. At school the next day, news of the fight spreads around school and the four’s notoriety increases.

Theories run rampant, including a possible link to the Chinese Mafia. They gradually expand into more and more dangerous scams, such as the theft of computer-parts from the school and eventually, drugs. They become users themselves, and Ben begins to develop a heavy cocaine habit. They also throw wild parties at Darics house, which results in their lives running wildly out of control. 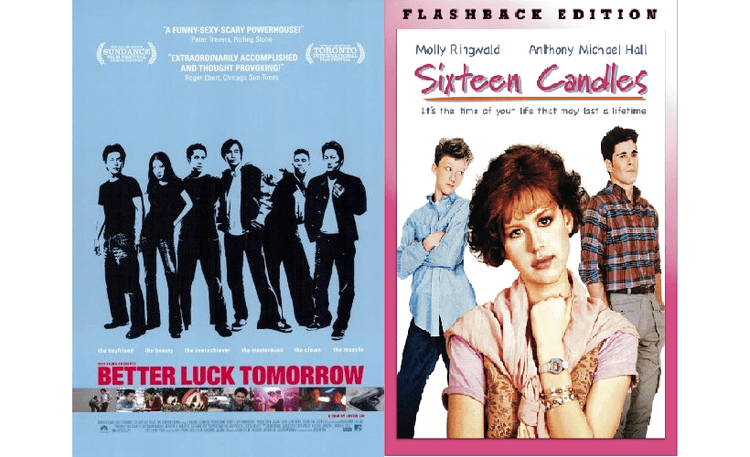 Ben accompanies Steve to a batting-cage after selling him drugs. Steve expresses to Ben that he knows he should be happy with what he has, but he is not since he feels stifled by the expectations that others have of him. On his birthday, Ben wakes up with a nosebleed as a result of his cocaine use. This is enough to scare him into changing his life. He meets the remainder of the group and tells them that he wants to quit. Daric agrees with him, expressing that their operation has become a full-time job. Daric presents a gun from the three of them to Ben, wishing him a happy birthday.

Virgil continues the operation on his own, but, without the influence of Daric or Ben, is soon discovered thanks to his own carelessness and bragging. Han is forced to take the blame for the cheat-sheet operation and is suspended, but not before he proceeds to beat up Virgil. Ben begins to rebuild his life, studying hard again and engaging in volunteer-activities once more. He also begins to spend more time with Stephanie, who reveals a wild side of her own when she gives him a CD [Music You Hump To] that she shoplifted.

Ben gathers up the courage to ask Stephanie to the formal, to which she agrees. The four leave to Las Vegas for the Academic Decathlon championships. Daric hires a prostitute and the group proceeds to have sex with her, with Ben being the first. During his turn, Virgil pulls a gun on the prostitute and she storms off. Han berates Virgil, and Virgil points the gun at Han, resulting in Han angrily storming off. Despite the turmoil, the team wins the competition.

Ben and Stephanie attend the winter formal together and continue to get to know each other. During the formal, the two share a dance. The situation is made clear to Ben when Steve is seen outside of the formal, waiting to take Stephanie home. Steve meets Ben at the basketball-court and tells him that he has information on a possible score. Though Ben is reluctant to re-enter his previous activities, he gathers up the group once more and meets Steve at his home. The group is stunned when they are informed that Steve wants them to rob his parents house. He refers to it as a wake-up call. Ben and Han are against the plan, but Daric convinces them to participate, saying that this would be the perfect opportunity to give Steve his wake-up call. They agree Steve’s plan and practice constantly. They also agree to purchase a gun for Steve .

On New Years Eve, the four meet Steve at Jesus house. With Ben acting as lookout, Han, Daric and Virgil begin attacking Steve. The lights go out as Virgil’s gun slips away from him. Steve lunges for the weapon and the struggle for the automatic results in it going off. Ben hears the shot and rushes into the garage. Ben beats Steve nearly to death, stopping only when Han yells to him. The four are stunned at what they just did and get Jesus to agree to allow them to bury the body in his backyard for $300. Steve begins to twitch. Daric soaks a rag in gasoline and, with a tearful Virgil holding him, suffocates Steve with it.

Afterwards, the four go to a New Years party, where they each split up. Ben and Stephanie kiss at midnight, to which Stephanie tells an apologetic Ben that it is okay. The time-line reverts to the events at the beginning of the movie, where Ben and Virgil hear the cell-phone and digging in the dirt, finding a human hand as well as the ringing cell-phone. The ring-tone came from Steves phone, which shows that the missed-call was from Stephanie.

Ben debates about whether or not to report Steves murder to the police. The knowledge of his role in the murder is too much for Virgil, who attempts to commit suicide after calling over Han under the premise of watching some pornography. He survived the gunshot-wound, but will most likely suffer brain-damage. Daric arrives shortly after Ben, makes a flippant remark that angers Han and Ben escorts him out of the room. Daric expresses concern about the possibility of Han or Virgil revealing their secret. Ben simply resolves to do nothing and leaves Daric alone.

With the group now permanently separated, Ben is alone at school. He goes to the basketball-court but is unable to attempt a shot. On his way home, Stephanie pulls over in her new car and picks him up. She asks him whether he has seen Steve lately, and expresses some concern that he has not called. They kiss, implying that she and Ben will continue their relationship. As they drive off, Bens voice-over tells the audience that he has no idea what is going to happen or what the other guys will do, but all he knows is that there is no turning back.

Lin said that the title "Better Luck Tomorrow" refers to how the film explores "the whole youth culture of today, specifically Asian-American, but also just the general mentality of teenagers today. I mean, I work with teenagers, I grew up in the 80s, and already its very different, the mentality. You go to suburbia, you look at upper-middle-class-kids, and through the media theyve literally adopted an urban-gangsta-mentality."

Originally the film was going to be shot in digital-video, but within two weeks, after Fujifilm and later Kodak proposed deals with the director, the filming switched to 35mm.

Sung Kang plays a character also named Han in The Fast and the Furious: Tokyo Drift, Fast & Furious, Fast Five, and Fast & Furious 6, all directed by Justin Lin. In Fast Five, Gisele Yashar attributes Hans constant need to occupy his hands to him being a former smoker, an easter egg reference according to Lins audio commentary.

Peter Travers of Rolling Stone wrote "Lin is a talent to watch. Theres a sting to this film that gets to you." Ebert in the Chicago Sun-Times wrote that the film was a "disturbing and skillfully-told parable about growing up in todays America" and that Lin "reveals himself as a skilled and sure director." The film was rated "Certified fresh" with a score of 80% based on 95 reviews the review aggregation website Rotten Tomatoes.