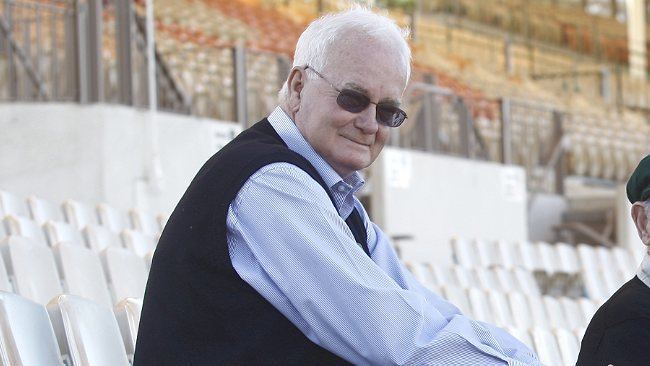 Ashley Alexander Mallett (born 13 July 1945 in Chatswood, New South Wales) is a former Australian cricketer who played in 38 Tests and 9 One Day Internationals between 1968 and 1980. Until Nathan Lyon, he was Australias most successful off spin bowler since World War II. He extracted a lot of bounce from his high arm action, coupled with his height.

Mallett was a member of the Western Australian squad in the 1966–67 season, but made no appearances, only being 12th man in two Sheffield Shield matches. On the bouncy pace friendly WACA Ground, where the Western Australians played their home matches, only one spinner was required, and left arm orthodox spinner Tony Lock, the former English Test player blocked Malletts path. Along with young leg spinner Terry Jenner, Mallett transferred to South Australia in the winter 1967, and immediately became regular members of the state team, which often fielded two spinners on the Adelaide Ovals turning surface. They were to form an effective and attacking tandem spin combination for a decade.

During the 1967–68 season, Mallett made his debut in November against the touring New Zealand. He was wicketless from 12 overs and scored 8 not out and a duck as the tourists lost by 24 runs. Mallett took his maiden wickets in the next match against India, taking 2/55 in an innings win. His first victims were Ramakant Desai and Bhagwat Chandrasekhar, both caught by his spinning partner Jenner. In the following match, he took 2/65 and 6/81, removing former Test batsman Peter Burge twice to set up a six-wicket win over Queensland, and two matches later, faced his former state for the first time. He took 2/26 in the first innings, finishing off the tail, before taking 6/75 in the second innings to complete a 95-run win. Mallett dismissed Lock in both innings.

These strong performances in his debut season gained Mallett selection in the Australian team to tour England in 1968 under the captaincy of Bill Lawry. In his second match on English soil, against Northamptonshire, Mallett took his maiden ten-wicket match haul. He took 3/31 and 7/75 to set up a ten-wicket win and his victims included Hylton Ackerman, Mushtaq Mohammed and Peter Willey, Test players for South Africa, Pakistan and England respectively. In the final county match before the Tests, Mallett totalled 4/132 against Surrey. He had taken 15 wickets at 19.40 but was not selected for the First Test. Mallett remained on the Test sidelines for the next two and a half months. In that time he played in seven more first-class matches and took 22 wickets at 31.81. His most productive results were a 4/46 and 2/85 in a defeat to Glamorgan and an innings haul of 5/69 against Derbyshire. He also took a total of 5/184 against Warwickshire, removing the West Indian Test batsman Rohan Kanhai twice.

Australia came into the Fifth and final Test of 1968 with a 1–0 series lead, so the Ashes had already been retained. Mallett made his Test debut, taking the wicket of Colin Cowdrey with his fifth ball, breaching his defences and trapping him leg before wicket. He then dismissed Basil DOliveira for 158 and wicket-keeper Alan Knott, ending with 3/87 as the hosts made 494. Mallett then made 43 not out, helping to push Australia to 324 with some lower order runs. It was almost twice his previous best first-class score, and remained his highest Test score. He then took 2/77 in the second innings, removing Cowdrey and John Edrich.

Mallett, a journalist by profession has worked as a commentator, a spin bowling coach, and as a writer.

Mallett is currently employed by the Sri Lankan Cricket Board and travels there three times a year as a consultant spin coach.Mallett wrote biographies of Victor Trumper and Clarrie Grimmett. He also wrote a book about the Australian Aboriginal cricket team in England in 1868.