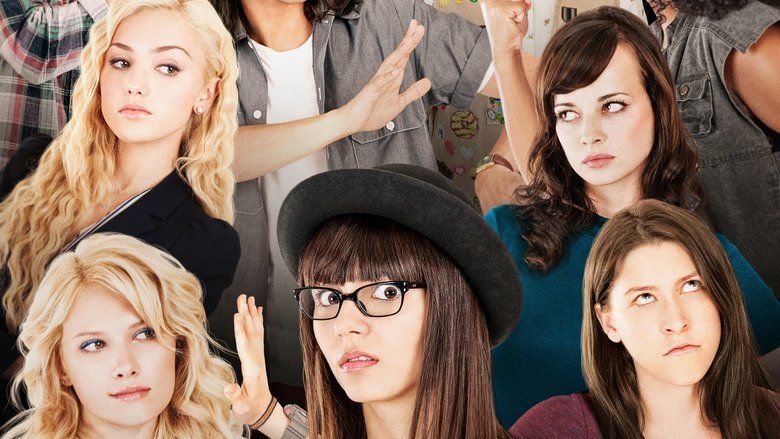 The Outskirts is a 2017 American comedy film directed by Peter Hutchings and written by Dominique Ferrari and Suzanne Wrubel. The film stars Claudia Lee, Eden Sher, Victoria Justice, Avan Jogia, Ashley Rickards, Peyton List and Will Peltz. Principal photography on the film began on July 2, 2014 in Great Neck, New York. The film will be released on November 6, 2015.

After falling victim to a humiliating prank by the high school Queen Bee, best friends and world-class geeks, Mindy and Jodi, decide to get their revenge by uniting the outcasts of the school against her and her circle of friends.

Two best friends, Mindy (Eden Sher) and Jodi (Victoria Justice), plan to unite the outcasts of the school and start a social revolution to get their revenge from the high schools alpha female Whitney (Claudia Lee).

On May 13, 2014, the cast of the film was announced, which includes Eden Sher, Avan Jogia, Claudia Lee, Victoria Justice, Ashley Rickards, Peyton List, Katie Chang and William Peltz. On August 8, Frank Whaley joined the film to play Herb, the father of Jodi and a postal worker who agrees to start dating once his daughter takes charge of her own life. Victoria Justice and Avan Jogia starred together in the Nickelodeon television show Victorious.

On July 29, 2014, two images from the film were revealed by Entertainment Weekly. on May 14, 2015 the official poster was revealed through the cast members official social media accounts.