Claire McDowell (November 2, 1877 – October 23, 1966) was an American actress of the silent era. She appeared in 350 films between 1908 and 1945. Still something of a youthful beauty when she started in early silent films she appeared in numerous short, early feature films. She graduated to playing character and mother types. She appeared in Douglas Fairbanks's 1920 The Mark of Zorro. McDowell costarred in two of the biggest films of the silent era, The Big Parade and Ben-Hur: A Tale of the Christ, in which she played mothers both times. 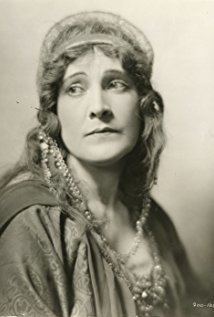 McDowell was born in New York, New York and died in Hollywood, California, aged 88. She was married to silent screen character actor Charles Hill Mailes from 1906 to his 1937 death. The happy couple appeared in numerous silent films together including The Mark of Zorro. They had two sons, Robert and Eugene.