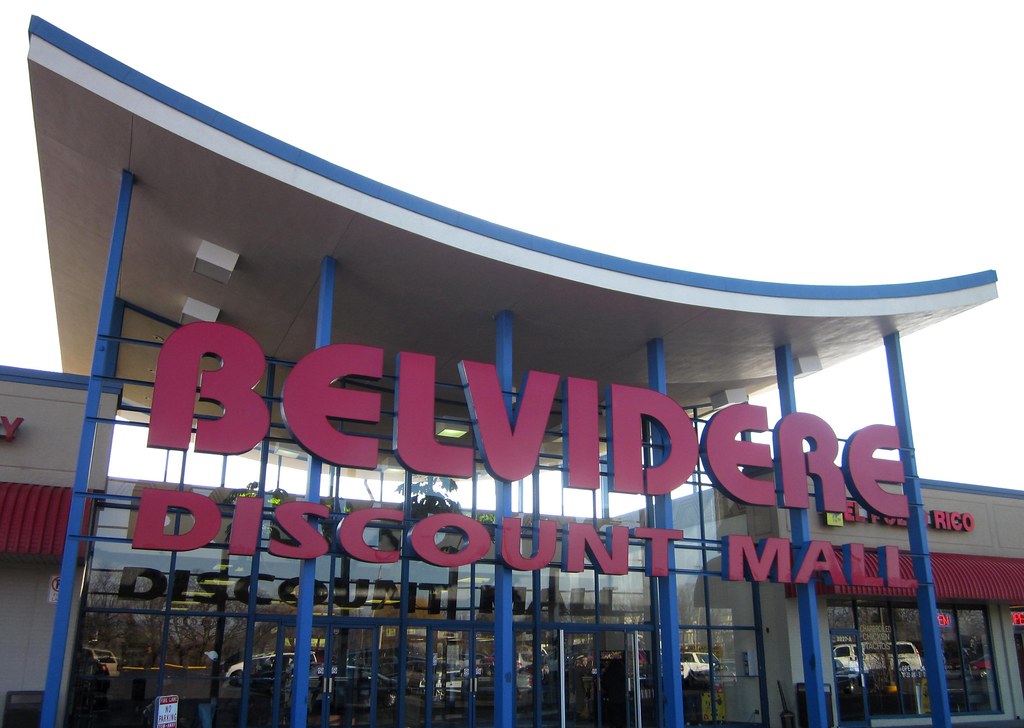 Belvidere Discount Mall is a small shopping mall located in Waukegan, Illinois, United States. It was one of the first shopping malls in the Chicago metropolitan area, and the first enclosed shopping mall in Lake County. Its current main anchor store is a Home Depot. The mall is notable for reinventing itself over time to remain open, with a current store mix.

While the mall thrived at first, the opening of the much larger nearby Lakehurst Mall in 1971 put a serious dent in Belvidere's fortunes. In 1988, sole anchor Montgomery Ward left for Lakehurst. After about seven years of being empty, Builders Square occupied the anchor spot in 1995, and was replaced with Home Depot around 2000.

The mall has been renovated twice, in 1985 and again in 1998. The mall is currently owned by Imperial Realty, who purchased it from original owners Landuau & Heyman Inc. in the fall of 1985. As part of the 1998 renovation, the mall was renamed Belvidere Discount Mall.

A 1,000 seat movie theater opened at the mall in January 1966. It was originally operated by the General Cinema Corporation, and acquired around 2002 by Village Theaters, the same owners of the nearby Lakehurst Cinema. It began as a one-screen operation, and was later divided into two, and then four, screens. Village closed the cinema in 2004.

Today Belvidere Mall differs from Lake County's other shopping malls, Gurnee Mills and Hawthorn Center because all of the tenants, except for The Home Depot, are family-owned. Nearly all of them are Hispanic-owned or Hispanic-oriented.