Apocalypse III: Tribulation is a 2000 thriller film by Cloud Ten Pictures, starring Gary Busey, Howie Mandel, Nick Mancuso, and Margot Kidder. The film is the second sequel to Apocalypse, although its first half is set prior to the events of the previous film. 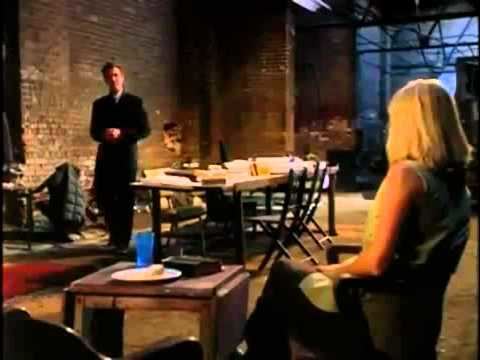 The film tells the story of Tom Camboro (Gary Busey), a police detective who finds himself battling a mysterious group with psychic powers. When his wife (Sherri Miller), sister (Margot Kidder), and brother-in-law (Howie Mandel) become the target of this dark society, he rushes to their aid, but is incapicated before he can intervene. Tom awakens from a coma two years later to discover a transformed world. All Christians have vanished in the Rapture, and most of the world worships the Antichrist (Nick Mancuso). 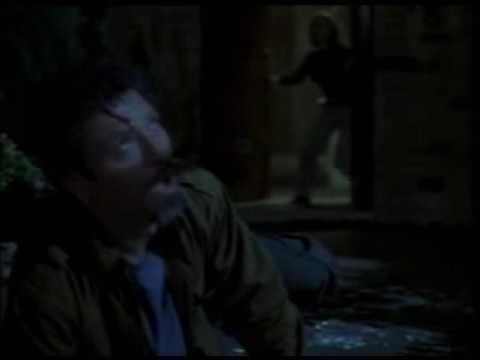 A subplot continues the tale of Helen Hannah (Leigh Lewis), one of the leading members of the Resistance to the Antichrist. 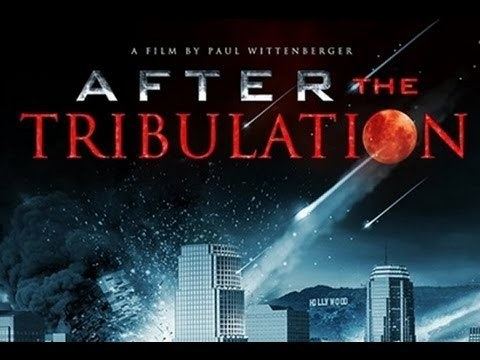 It is the present day. In their home, the family Camboro - Eileen, Calvin and Tom â€“ reminisce a childhood memory of an afternoon picnic. Tomâ€™s brother-in law Jason abruptly enters the kitchen. Jason makes unsettling comments about European President Franco Macalousso, an outspoken advocate for global peace and unity. Tom Camboro believes that Jason needs psychiatric help, to the disagreement of his wife Suzy, who distrusts hospitals and doctors. (jelly gamat gold g)

Later that night, Tom is called to intervene on a crime. Tim Tucker, college professor on psychic theory and admirer of Macalousso, is being violent towards his Christian wife, denouncing the Bible as a lie. Tom arrives at their apartment, and is startled when Tim displays supernatural powers, such as wielding a knife without touching it. Tim abruptly snaps and commits suicide by jumping out the window.

Back home, Jason falls victim to a similar phenomenon, verbally abusing the Christian Eileen. He also concludes by jumping from the window in a fit of madness, yet survives. While Tom is driving Suzy to visit Jason in hospital, they argue about what happened. Suzy, having witnessed the event firsthand, reports to her husband that Jason was speaking insanely about Macalousso. Tom is troubled by this detail.

At the hospital, Jason tearfully begs Suzy not to allow the doctors to keep him. Eileen believes that Jason needs help from God, advice which angers Tom, who demands his sister to get a grip on reality. An argument ensues, in which Tom denounces the illogical nature of biblical stories. He eventually agrees to compromise by attending church next Sunday, so long as Eileen cease her preaching in future.

Meanwhile, an elite group of Satanists has been working behind-the-scenes to trigger similar phenomena worldwide. Using their collective psychic power, they intend to awaken supernatural capabilities hidden within all people. Back at the hospital, a doctor alerts the family that Jasonâ€™s mind has psychic areas active which usually remain closed. In his room, Jason sees a vision of a satanic man. The apparition tells Jason he was in the right frame of mind â€“ anger, doubt and resentment of God â€“ at the wrong time, but soon the whole world will follow suit. Jason screams in horror, drawing his familyâ€™s attention. Sensing trouble afoot, Suzy and Eileen determine to get Jason out of the hospital.

As Tom returns from checking the medical report, his way is blocked by two agents â€“ presumably in league with the Satanists â€“ who are searching for Jason. Tom manages to escape the hospital and get to his car. But before he can reach his family and warn them, the vehicle is telepathically caused to collide with an oncoming truck.

The film cuts to several years later, following the events of Apocalypse and Revelation. Tom awakens from a coma in the same hospital. The building is deserted except for another patient, Evan, who lacks one arm. Evan warns Tom not to trust anybody, and beware the VR Goggles. Confused, Tom leaves the room, but witnesses Evan being seized by guards and forced into wearing the goggles.

Evan is transported to an alternate reality, a vast expanse of empty whiteness, possibly Purgatory. He is bewildered to notice that his arm has been restored. Franco Macalousso appears before Evan and presents himself as the Messiah. Macalousso tempts Evan, offering him enhanced supernatural powers, in return for accepting the Mark of the Beast. Evan falls for the deal and accepts.

Having escaped the hospital, along with new clothes and a shaved face, Tom witnesses a similar event when a man named Ronnie is arrested and forced to wear the goggles. In Purgatory, Ronnie refuses to fall for Macalousso, naming him the Antichrist. Ronnie pays for his defiance when Macalousso conjures a snake that kills him. Seeing Ronnieâ€™s body become still, Tom is shocked to notice that the people around him have â€˜666â€™ burnt into their knuckles.

In the outside world, Helen Hannah, Suzy Camboro and Jake Goss are airing old Christian video tapes from a broadcast van, as part of a desperate attempt to denounce Macalousso as the Antichrist. During one broadcast, however, Hannah is captured.

That night, Tom returns to his house, where he is encountered by Calvin, who has accepted the mark. Tom tries to reason with his brother, including by mentioning Eileen, but Calvin shouts that they have no sister. Desperate to understand what is happening in the world, Tom begs for information. Calvin claims that the Devil and the Messiah are the same person â€“ Franco Macalousso. He then attempts to force a pair of the goggles onto his brother, but Tom succeeds in overwhelming Calvin before he can resort to supernatural powers.

Tom flees into the forest, and comes across the same tree where he spent the afternoon picnic in his youth â€“ Eileen had told him and Calvin to seek it should they get lost. As if by an act of God, Tom finds Jason at the tree. Jason informs his brother-in-law about what is happening in the world. The Christian Church has vanished in the rapture, Eileen included, and the world is ruled by O.N.E. (One Nation Earth), a puppet government headed by Macalousso and the Satanists. Macaloussoâ€™s master plan is to harness the psychic abilities of all humanity. United and psychically powerful, the human race would be capable of overthrowing God, cementing the devilâ€™s revenge.

Meanwhile, an agent puts the goggles on Helen Hannah. Upon encountering Macalousso, Hannah tells him she has already made her choice. Macalousso tells Hannah that God fears his creation, knowing that it could one day become as powerful as Him. Hannah rejects the Antichrist and tells him his plan is doomed. Macalousso explains to Hannah that he does not care for his followers, and they are destined to damnation in the Lake of Fire. Whereupon he has Hannah placed on guillotine and pulls the lever.

Calvin awakens and puts on his goggles. He confesses to Macalousso that he let a Hater get away. Macalousso is furious and causes Calvins heart to explode. Tom comes in and takes the helmet off of Calvin, but is too late. Hearing O.N.E. agents enter, Tom hides in a cupboard and hears them mention Rat Lake, a place where Suzy Camboro owns a cottage. After the agents leave, Tom and Jason rush to Rat Lake, where they find Suzy and a group of Haters in the cottage. An agent working for the rebels arrives, and claims he has a tape which will publicly disgrace Macalousso.

The agents, including the man who appeared to Jason several years ago, enter another cottage, having been misled by the rebel agent. Blindly shooting into the room, they are killed after hitting a pack of explosives set as a trap by Tom and Jason.

The tape is broadcast. Helen Hannah tricked the Antichrist by recording their conversation using a concealed lens camera. Around the world, people renounce the Mark. Tom, now reunited with Suzy, finds a derelict church and enters. Speaking to God, he says he will keep his promise to Eileen.