Sampathwaduge Amal Rohitha Silva (born December 12, 1960, in Moratuwa) is a former Sri Lankan cricketer who played in 9 Tests and 20 ODIs from 1983 to 1988. He was a left-handed wicketkeeper batsman and opened the batting for Sri Lanka.

From when he made his Test debut against New Zealand, Silva was in a battle with Guy de Alwis for first choice gloveman. Due to an injury to de Alwis in 1984, Silva toured England with Sri Lanka aiming to cement his spot in the side. In the 1st Test and Lords he opened the batting and made an unbeaten 102 in the second innings. He was rewarded by being included in their next Test series, against India. After taking 9 catches in the 1st Test he took another 8 in the 2nd, as well as making a career best 111. He finished the series with 22 dismissals, a Sri Lankan record. 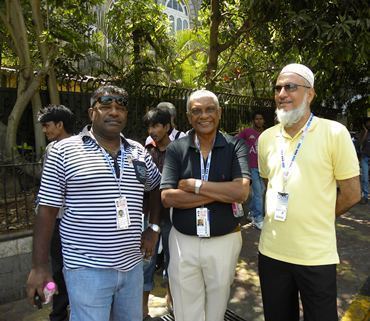 Amal Silva is a past student of Prince of Wales College, Moratuwa and St Peters College, Colombo