A Merry Mix-Up is the 177th short subject starring American slapstick comedy team The Three Stooges. The trio made a total of 190 shorts for Columbia Pictures between 1934 and 1959. 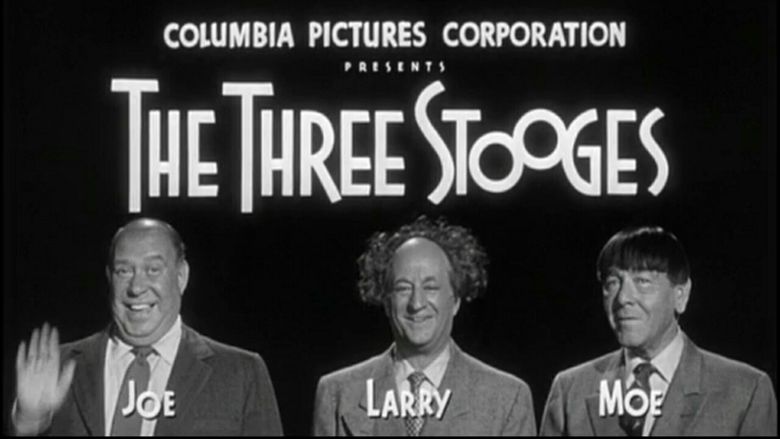 The stooges appear in triplicate as three sets of triplets who were separated a long time ago. Their reunion causes confusion and troubles for various wives and sweethearts, but it all works out in the end.

The Stooges play 3 sets of identical triplets, born one year apart. All nine brothers lose track of each other after World War II, unaware that they are all living in the same city. One set (Moe, Larry and Joe) is single, one (Max, Louie and Jack) is married, and the other (Morris, Luke and Jeff) is engaged.

Trouble brews when the engaged set of brothers decided to celebrate at a local nightclub. Before they arrive, the unmarried set show up, followed by the fiancees of their brothers. The ladies start hugging and kissing the unsuspecting brothers. Within minutes, the wives of the married brothers show up, thinking their husbands are cheating on them. Hilarity ensues when the nightclub waiter (Frank Sully) walks in and sees all nine brothers simultaneously.